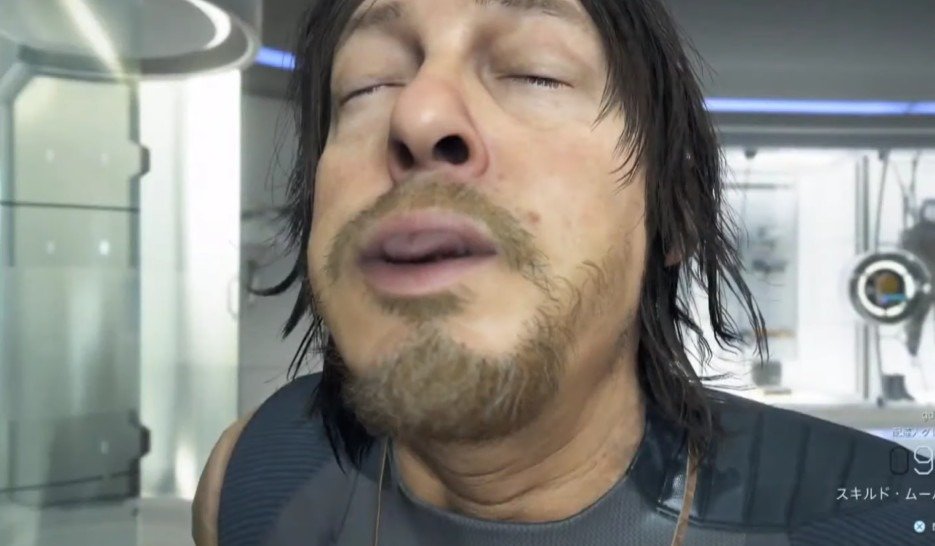 Why not add a dating simulator to the world's weirdest game?

Death Stranding will feature a private room in which you can interact with its protagonist, a character played by The Walking Dead‘s Norman Reedus, as if you were playing a “gal game,” Hideo Kojima recently confirmed at Tokyo Game Show.

While Reedus’ Sam character is in his private room, a player will lose direct control of the character and instead will be able to control the camera to see Sam from different angles, Siliconera reports. You can tilt the camera to convince Sam to take a shower, for instance, or zoom into his biceps to see them flex. You can try to get a glimpse of Sam’s bits too, but the character will cover himself up when you do so. Try too many times and Sam will end up punching you for your efforts.

You’ll also be able to take screenshots of Reedus pulling funny faces in the mirror; particularly good shots will award you with all-important social media Likes, a currency in the game.

There’s a (Japanese language) presentation, below, that details all this if you’re keen to take a look.