Home » News » Battlefield Portal is a love letter to the franchise 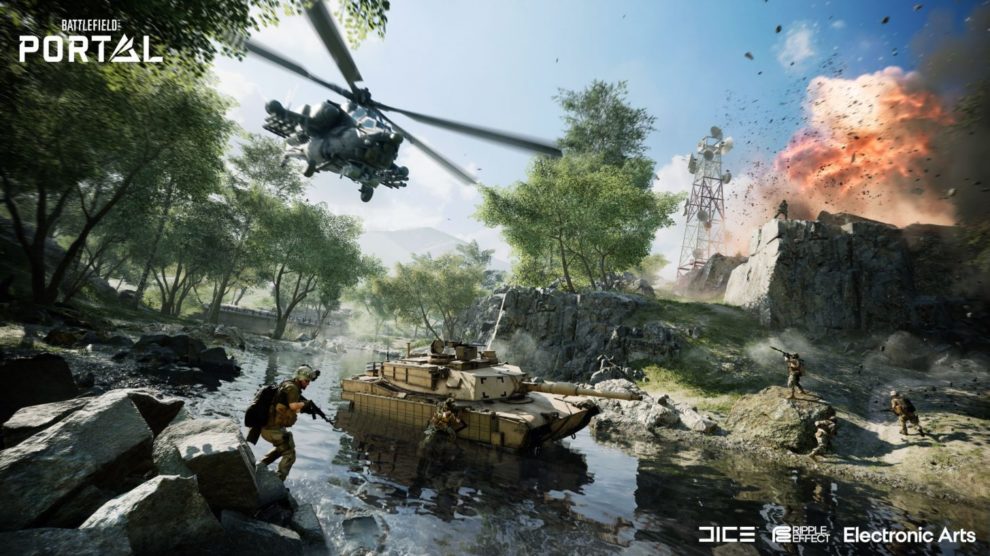 And will let you relive content from past games.

Battlefield Portal, a way to “relive content” from past iterations in the franchise, was today detailed by EA, DICE and Ripple Effect.

“Battlefield Portal is a community-driven platform within Battlefield 2042 that will let you create and find fantastic experiences made by the series’ creative and passionate community,” DICE said in a new blog post.

“The creation suite includes Settings, custom modes, and a Logic Editor so you can build your own signature spin on Battlefield’s sandbox; you’ll be able to change team ratios, tweak victory conditions, restrict weapons, and even put different factions from different eras in Battlefield’s history against one another. Those who want to focus on discovering what others have created will have easy access to an entire world of unexpected battles featuring some of the series’ most famous eras mashed together in distinct, exciting experiences.”

Moreover, players will be able to “relive content from Battlefield 1942, Battlefield Bad Company 2 and Battlefield 3,” taking advantage of modern visuals.

Maps available inside Battlefield Portal at launch are as follows: