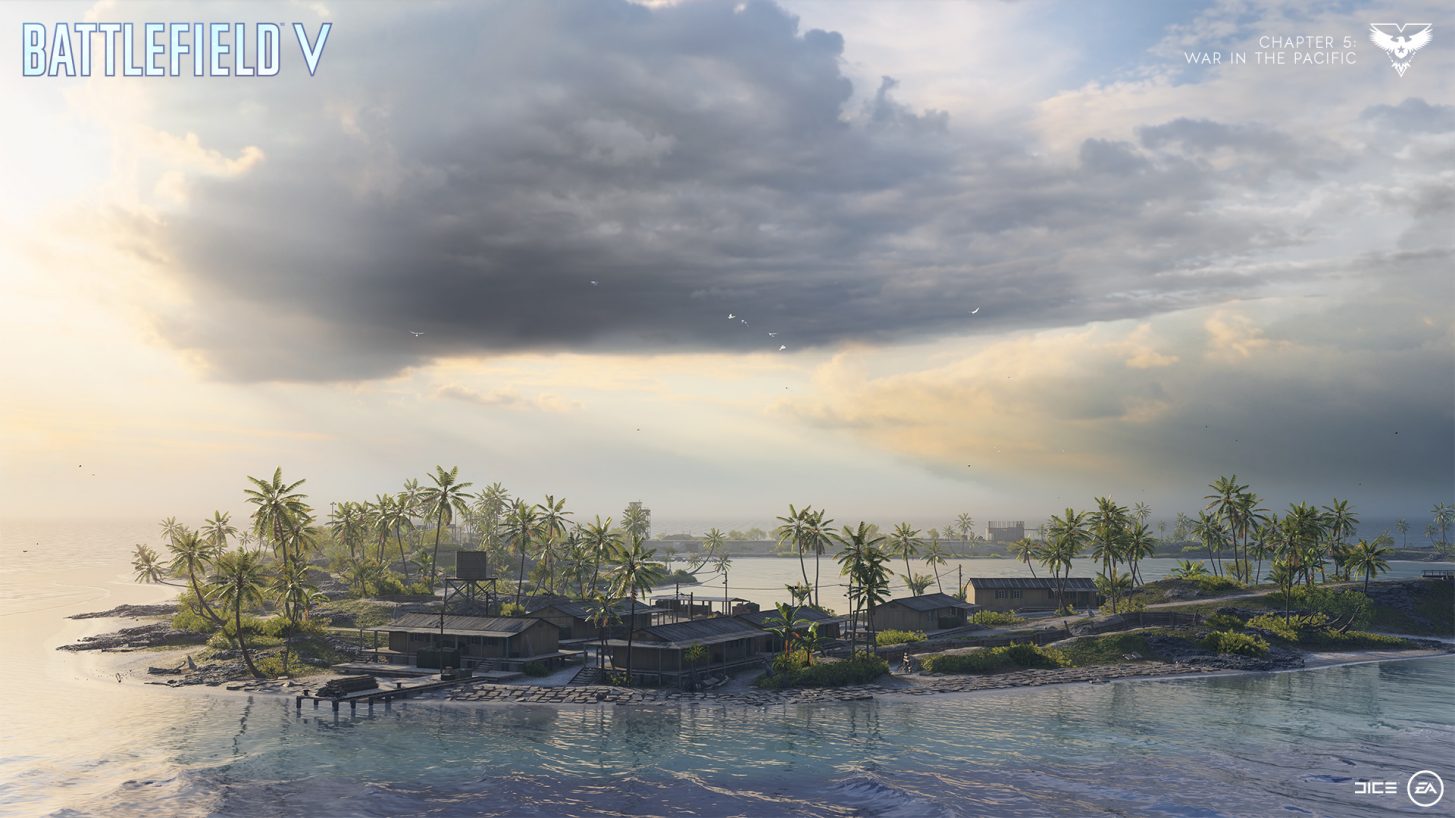 "On Wake Island, you’ll get up-close, attack straight on, or flank the enemy using amphibious vehicles."

Battlefield 5 will be updated to include Wake Island and support custom games later this week, EA and DICE have advised.

Available from 13 December here in Australia, the update will add Wake Island to Battlefield 5‘s offerings. The map, originally from Battlefield 1842 and since featured in Battlefield 3, will be twice the size as the original Wake Island.

“On Wake Island, you’ll get up-close, attack straight on, or flank the enemy using amphibious vehicles,” DICE said, detailing the map. “Just as on the original map, the open sandbox design offers multiple approaches to any situation whether you’re invading or defending.”

Ahead of that, on 10 December, will be the addition of Community Games, or custom games. Players will be able to define settings inside custom games, password protecting them to prevent randoms from joining. The offering will be limited to begin with and will expand in the coming weeks.

Battlefield 5 is currently available on Windows PC, Xbox One and PS4.