Home » News » Battlefield 5 confirmed, to be revealed next week 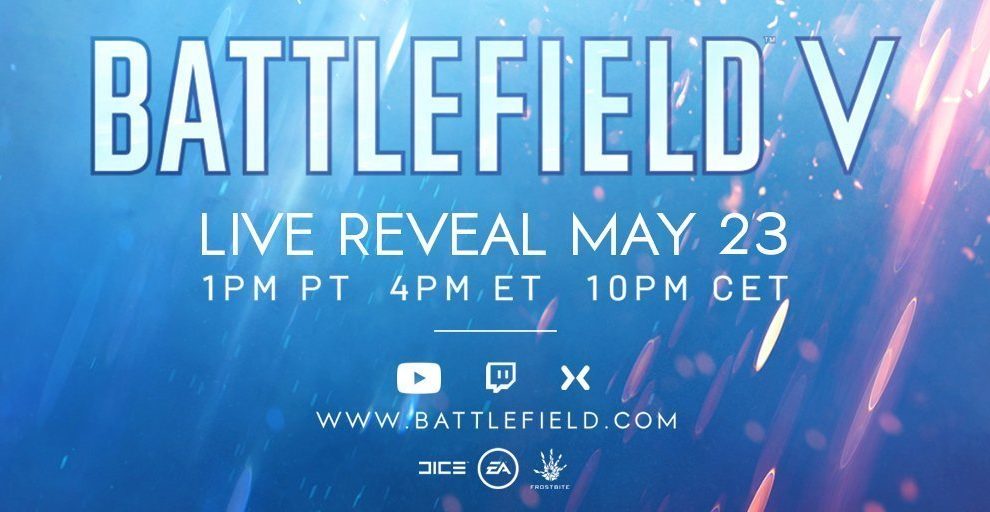 Battlefield 5 has been confirmed by EA ahead of a live reveal next week.

The confirmation of the next Battlefield title was made over Twitter by the franchise’s official account, and coincides with the recently discovered Battlefield 1 easter egg.

As you can see, the live reveal will take place at 6.00 am AEST on 24 May (check your timezone here). You’ll be able to watch on Twitch, Mixer and YouTube.

Moreover, The Daily Show‘s Trevor Noah has confirmed he’ll be hosting the event.

“The rumor are true (rumors that I started, but still…) I will be hosting the Battlefield TwitterLive Real,” he wrote on .

#ad The rumors are true (rumors that I started, but still…) I will be hosting the @Battlefield Live Reveal on Wed, May 23rd. Catch it streaming live on the #Battlefield YouTube. V EXCITING! pic.twitter.com/7B3fpTpQ6x

The confirmation puts to bed rumours that the next Battlefield game would be a sequel to Bad Company.

So far, rumours suggest that Battlefield 5 will take place during World War II and might even have a battle royale mode too.

Stevivor will report on the reveal as it happens — stay tuned for more!

Battlefield 5 is likely planned for Windows PC, Xbox One and PS4.