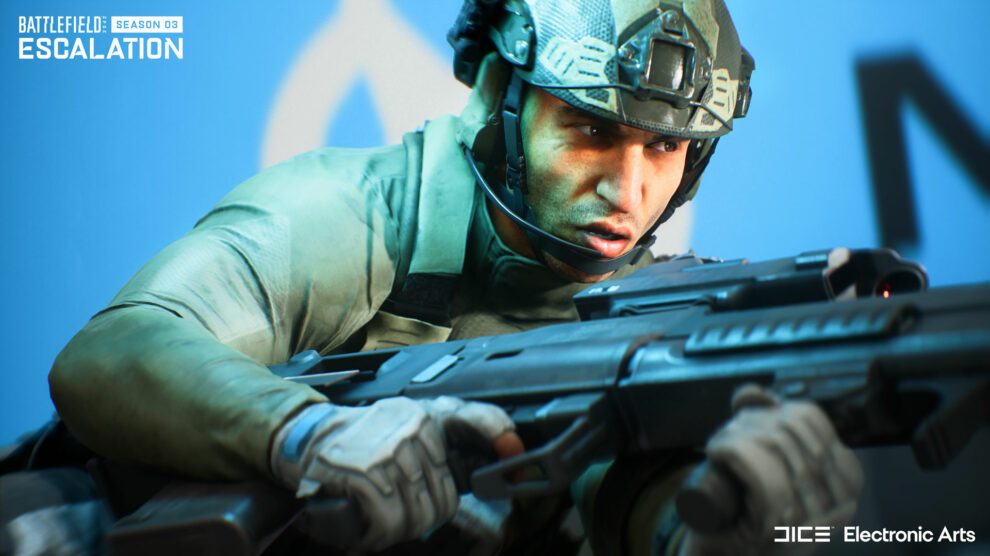 And heads to EA Play and Xbox Game Pass Ultimate at that same time.

Battlefield 2042 Season 3 will kick off on 23 November, also heading to EA Play and Xbox Game Pass Ultimate subscription programs on that same date.

Season 3 will include a new map, new Specialist, new weapons, a new vehicle, a new Battle Pass, and more.

The new map comes in the form of Spearhead, a map that is set in Sweden. It features “semi-automated manufacturing facilities of high tech weaponry,” according to DICE.

Next up is a new Egyptian Specialist named Zain, who according to DICE “is adept at flushing foes out of cover with his XM370A Airburst Rifle. With his perseverance under pressure helping him lead on the front lines, Zain can immediately recharge his health after taking out an enemy.”

New weapons come in the form of The Rorsch Mk-4 Railgun, the NVK-S22 Smart Shotgun, the NVK-P125 Bullpup Pistol and throwing knives. They’re joined by the EMKV90-TOR Tank, a vehicle with two modes: mobility and siege.

DICE also advised that a “highly-anticipated Specialist rework, featuring the move to a Class-based system and a set of balance adjustments, as well as reworkings of the Manifest and Breakaway launch maps” will be on offer later during Season 3.