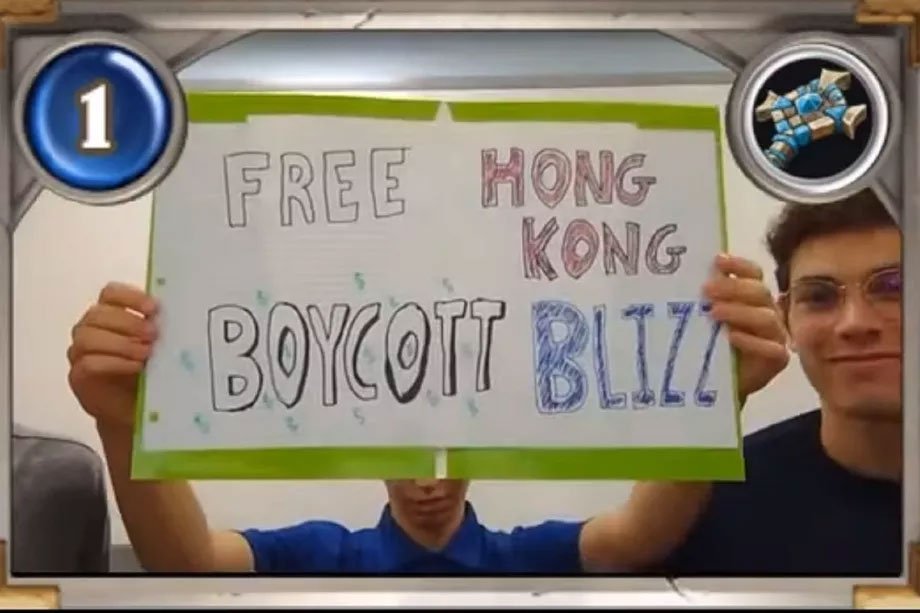 "We expected to lose our Battle.net accounts before the protest," they said.

The AU Gamers team — Casey Chambers, Corwin Dark and TJammer (who asked reporting outlet Polygon to use his Battle.net tag rather than his name) showed the banner during their Hearthstone Colleagiate Championship Fall 2019 match against Worcestor Poly earlier this week. As with the livestream involving Chung, the AU Gamers’ match is no longer available to view on the Hearthstone Twitch channel (a mirror from YouTube is, though, below).

“We are… outraged that a company we trust would try and renege on the values they claim to hold,” the team told Polygon afterward.

“We expected to lose our Battle.net accounts before the protest. We have not heard anything from tournament admins since the match — which raises questions about how Blizzard intends to apply their standards — but we still expect some form of sanction. However, we believe that the risk we face is nominal compared to what people in Hong Kong have to deal with.”

Blizzard fans (and in this case, players) are reacting quite strongly to the decision to ban Chung for his actions; the latest act of protest involves taking Overwatch‘s Mei and using her as an agent for the free Hong Kong movement.