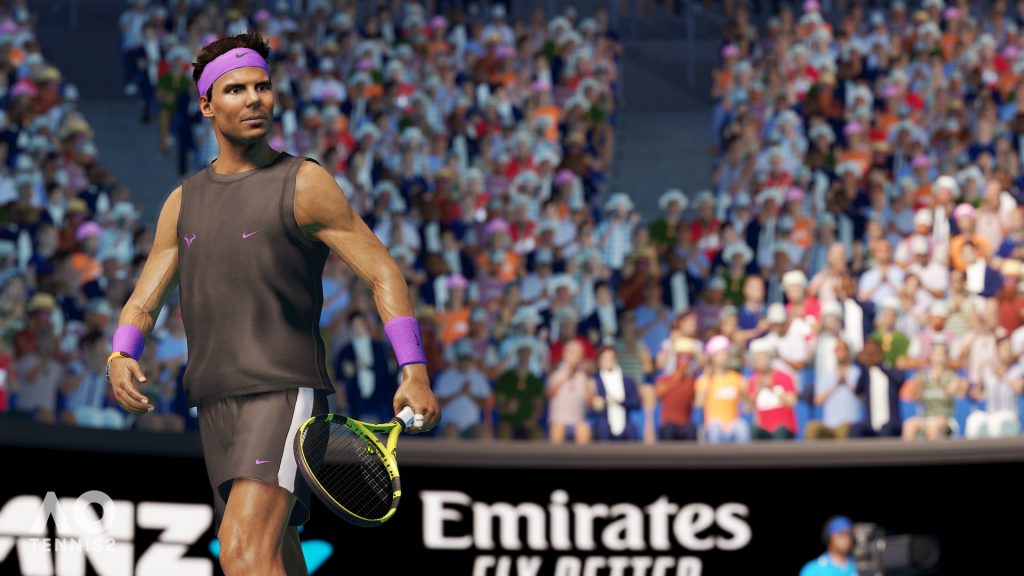 Once you see AO Tennis 2 on another platform, you won't be unable to unsee how choppy the Switch version is.

Stevivor had the chance to preview the AO Tennis 2 Switch release at Big Ant earlier this week and find it pales in comparison to the game’s Xbox One X version, running at a choppy 30FPS (frames-per-second).

After an hour or so of AO Tennis 2 on Xbox One X, I played the Switch version in handheld mode for only a couple minutes, finding it immediately inferior.

“On the Switch, framerate is locked to 30FPS with dynamic resolution scaling to ensure the framerate sits at 30FPS,” a Big Ant spokeperson confirmed with Stevivor when asked about FPS and resolution in both docked and handheld modes.

Though its dynamic resolution means we can’t report on what output size you’ll be seeing in either mode, it’s likely a wise decision on Big Ant’s part considering the limitations in what the Switch can produce in comparison to the Xbox One X. From what I’ve seen, AO Tennis 2 on Switch runs at a constant 30FPS (at least in docked mode). In short, lag isn’t an issue — I was hitting the ball when I thought I should be and the game responded accordingly.

While it’s consistent, the Switch’s 30FPS looks extremely choppy, especially after engaging with a silky smooth 60FPS on Xbox One X. Though my gameplay capture from Xbox One X is at 30FPS (blame my Elgato unit and I for that, not Big Ant), it still looks far better; most importantly, it looks realistic. With the Switch version, I can’t help but feel like I was (literally) looking at half a game as I played.

While it’s very much playable, I wouldn’t recommend the Switch version of AO Tennis 2 over its Windows PC, Xbox One or PS4 iterations. Plan accordingly.