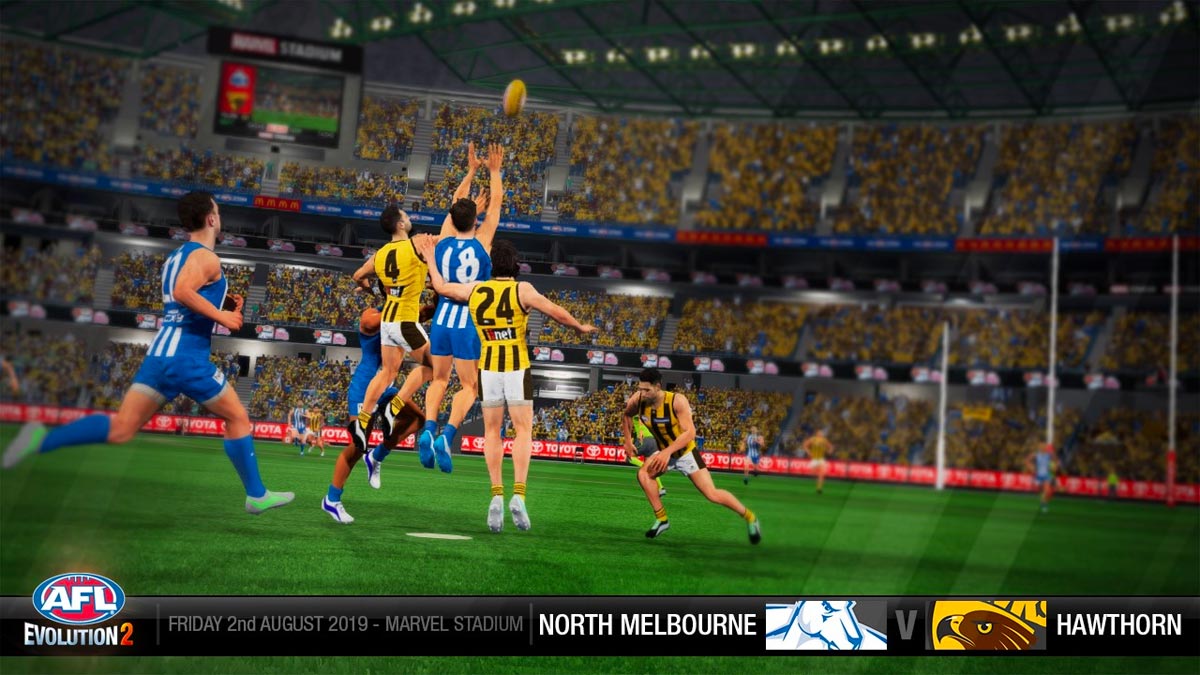 A more logical release window, if it actually happens.

AFL Evolution 2 has officially been delayed until the 2020 AFL season after it missed several planned launch windows during and even after the 2019 season.

“Due to some final technical fine-tuning and fan feedback, we have decided to push back the release of AFL Evolution 2 to towards the start of the 2020 Toyota AFL Premiership Season,” said developer Wicked Witch.

After missing most of the season, it gave up entirely in August when it was weirdly delayed until after the 2019 finals to “November or December”, during the summer between the 2019 and 2020 seasons.

That didn’t make much sense, so we’re glad to hear it’s being afforded extra development time and will now launch to more fanfare “towards the start” of the 2020 AFL season — although, we’ll believe it when we have a copy.