Stevivor
Home Guides How to play as Batista in Gears 5 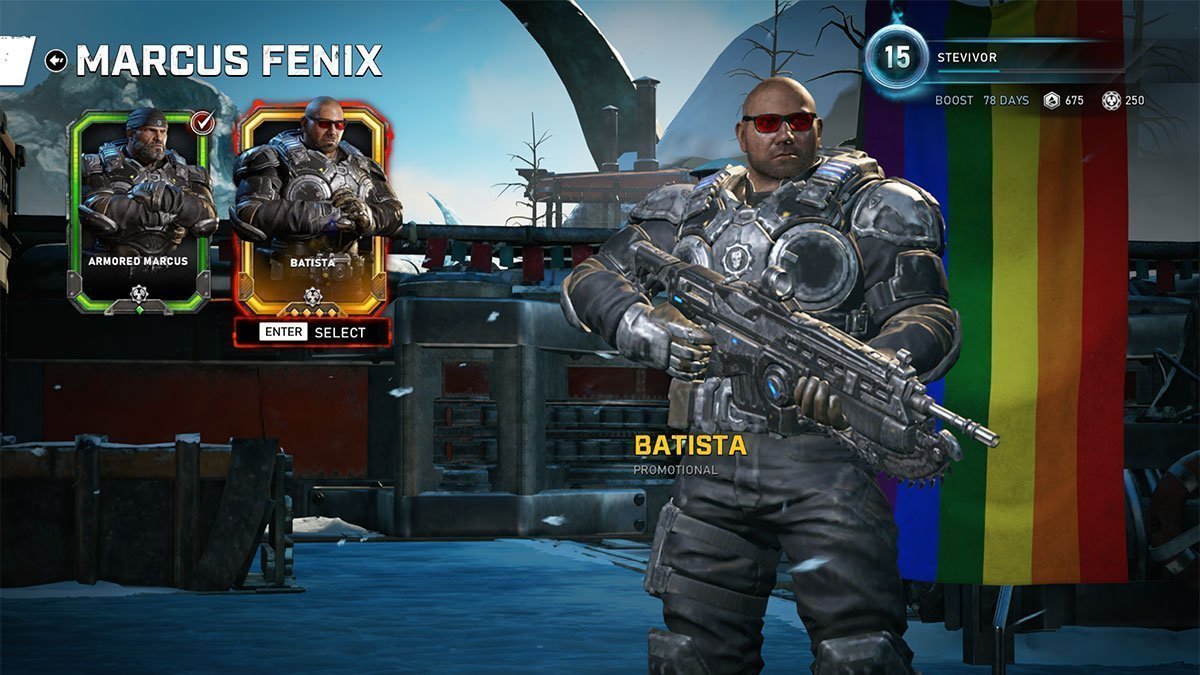 Dave Bautista is available to play now, but he's a bit tricky to find...

Dave Bautista — or Batista — is available to play as in Gears 5 right now, but you might be confused when you’re trying to find him in the character select screen. We’ve got you covered if that’s the case.

How to unlock Batista

Anyone who plays Gears 5 between 15 September and 28 October will gain access to Batista. Those on Xbox Game Pass subscriptions are included as part of the promotion.

How to play as Batista

The confusion around Batista is that he’s not a new character like Terminator: Dark Fate‘s Sarah Connor, or Halo: Reach‘s Kat and Emile. Rather, Batista is a skin for Marcus Fenix himself that can be used in Gears 5‘s multiplayer offerings including Versus and Horde.

To play as Batista, head to the in-game customisation menu in Gears 5 and select Marcus Fenix. Enter Skins and then select Batista. Easy done, once you know.

While it’s a bit sad that Batista isn’t a character into himself, it’s a neat touch — Dave Bautista has frequently stated he’d like to play Fenix in a Gears of War movie. This is pretty close, eh?

Gears 5 is available now on Windows PC and Xbox One, part of the Xbox Game Pass promotion.