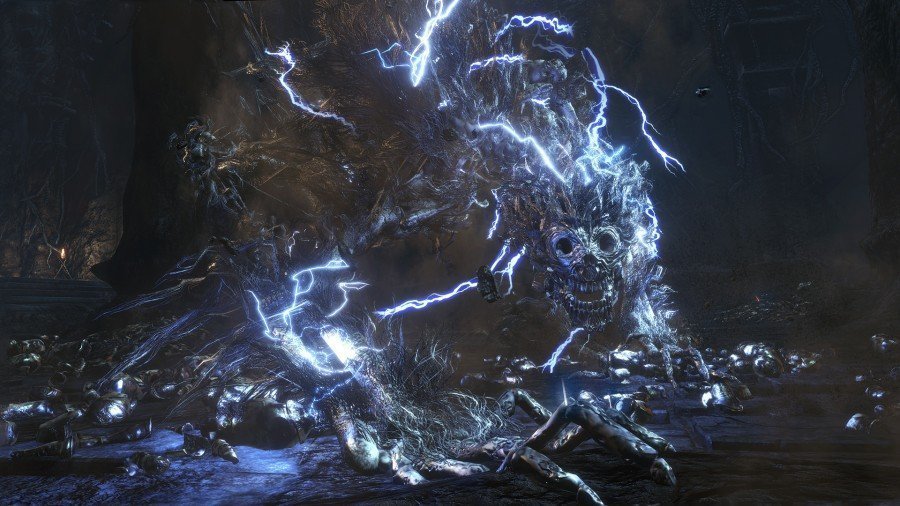 Bloodborne is a challenging game and one that doesn’t offer much help to the lost, confused, frustrated or defeated. Thankfully, we’re here to help. Stevivor will be posting a series of videos and guides for various elements in the game just in case you can use a little help.

I discovered Darkbeast Paarl quite by accident. After you’ve explored Old Yarnham and defeated the Blood-Starved Beast (we’ll strategy for it coming soon!) you’ll notice some new enemies appearing in Cathedral Ward. I’m not sure what these guys are called, but let’s call them Gaolers. They are tall, wear long black cloaks and carry a sack over their shoulder. You can find one hiding in the top right corner outside the Cathedral Ward Lantern, behind the carriage in the same area as a Carrion Crow and one of those white faced, spike wielding enemies. Another is located in the top right corner of the area outside the building that holds the path leading to Old Yarnham.

Gaolers are tough. Really, really tough. Their leap attack removed two thirds of my health and their stomp attack removes three quarters. If they manage to land two hits in succession on me, I’m done. I had been especially careful when fighting them, but on one occasion I was killed and instead of returning to a Lantern I was greeted by a short cutscene and found myself in a prison cell. This location is the Hypogean Gaol and while there are likely others ways to discover it, I’m willing to bet many players will end up there the same way I did.

If you explore the Gaol you’ll discover some unique items and a Lantern with which you can escape should Darkbeast Paarl prove too difficult. If you press forwards you’ll discover a tunnel that leads out into the field where you’ll fight the electrified beast.

The fight itself is pretty straightforward, but Darkbeast Paarl will make short work of you if it manages to land its attacks. This fight is a perfect example of Bloodborne’s insistence on player aggression and punishment of tentativeness. When Darkbeast Paarl attacks it seems natural to dodge backwards or to either side, but in doing so you’ll be hit 90% of the time. Instead, quick-step or dodge roll towards it as it lunges forwards and you’ll find yourself underneath its body in prime striking position.

Whether or not you lock onto Darkbeast Paarl will depend on your play style. I was locked on, but it’s probably advisable not to be (or at least unlocking once you’re underneath it) because by locking-on you’ll by focused on its body when you want to be attacking its legs.

Once you’re underneath the boss, strike its legs until it collapses and is staggered. Quickly make your way to its front side and hit R1 while facing its head. You’ll perform a Visceral Attack and remove a massive chunk of health. Paarl’s electricity will have vanished when it collapses, but will quickly return, so after the Visceral Attack is complete back away. When its electricity returns it does damage in a wide area around itself which you don’t want to be caught in. Repeat this process three or four times (depending on your weapon damage and Strength stat) and soon Darkbeast Paarl will be defeated. A new Lantern will be unlocked and a new path into Old Yarnham will have opened.