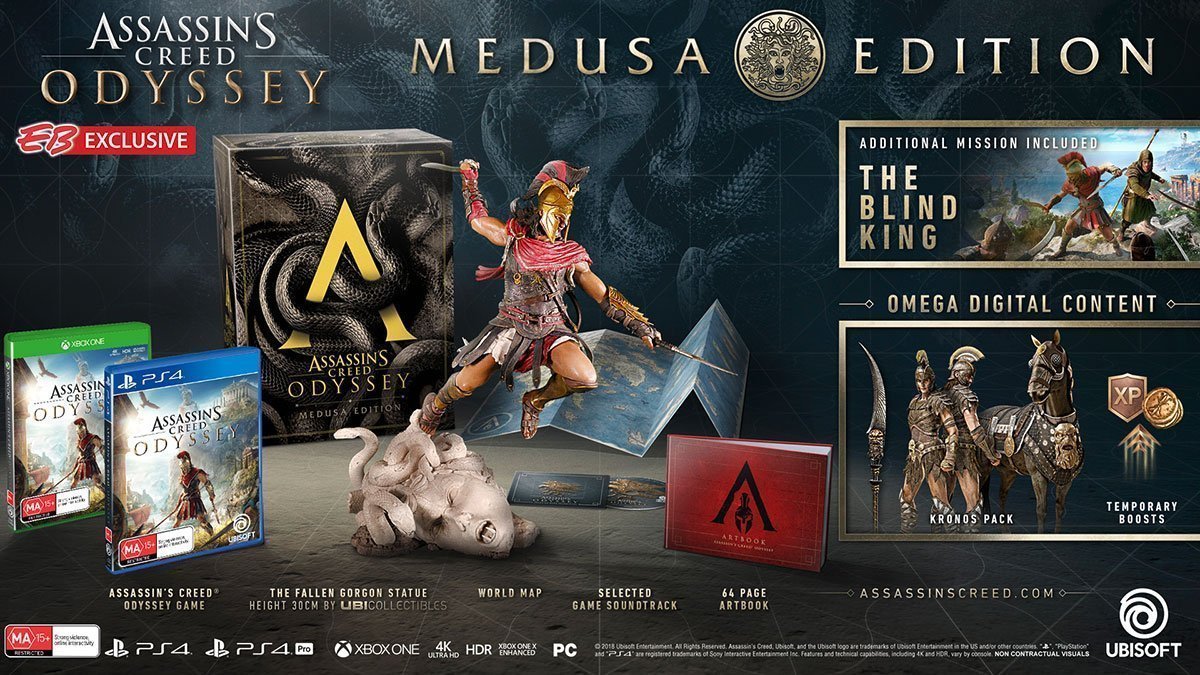 You'll want to stare at this one.

Check your emails for next steps, and thanks to everyone who entered!

Original story: Thanks to wonderful folk over at Ubisoft Australia, Stevivor’s got five Medusa Editions of Assassin’s Creed: Odyssey to give away to lucky readers!

The Medusa Edition, seen above, includes:

To win one, all you need to do is register your details and tell us, as creatively as you can in twenty-five (25) words or less: Who is your favourite Assassin in the Assassin’s Creed universe, and why?

[The contest is closed.]

Two lucky winners from the entry form above will be selected to win a PS4 Assassin’s Creed: Odyssey Medusa Edition.

[The contest is closed.]

Three lucky winners from the entry form above will be selected to win an Xbox One Assassin’s Creed: Odyssey Medusa Edition.

Simple, no? Get in your entries (yes, you can enter on both PS4 and Xbox One) before 11.59 pm AEST on 10 October 2018; we’ll pick five (5) total winners on 11 October 2018. Entrants must be a resident of Australia, aged 15 or above. Winners will be contacted by email to arrange delivery of their prize. Full terms and conditions can be found here.

Assassin’s Creed: Odyssey is available on Windows PC, Xbox One and PS4 from 5 October. Check out our guides below.