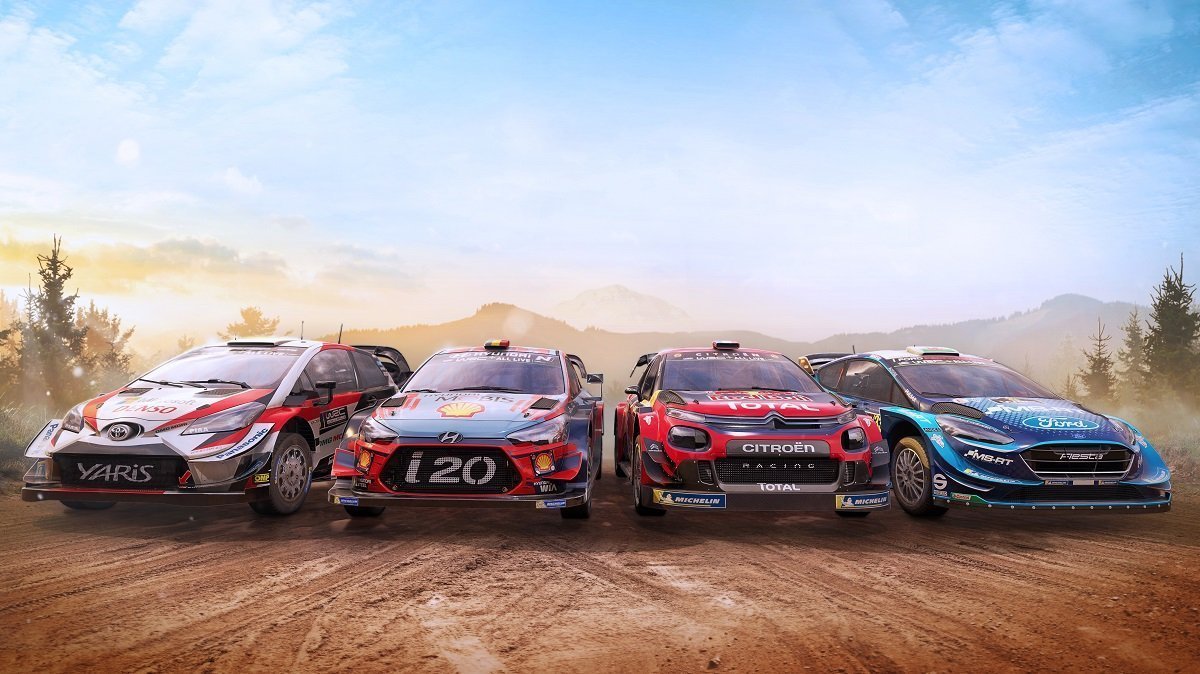 Another great entry to the rally racing genre.

There was one question that stood out in the first email I received about WRC 8 prior to its release. It asked, quite simply, “Could WRC dethrone DiRT this year?”

Ever since my first venture into the rally discipline with Colin McRae DiRT over a decade ago, Codemasters has been one of the leaders in the racing scene — often setting the bar in terms of gameplay and visuals. Whilst realism hasn’t typically been a focus of the developers, there’s no denying they’ve often nailed the overall package in the genre.

So it therefore makes sense for the team at Big Ben to put themselves on the line and ask whether their latest offering in WRC’s almost 20-year history has finally come out on-top as the definitive rally title for the current generation. So there are really just two questions that we need to get to the bottom of. Firstly, is WRC 8 finally a DiRT killer, but perhaps more importantly, does it need to be?

When it comes to most real-world-based racers the offering is fairly consistent year on year, but also across franchises. Players either returning to WRC 8 or joining the franchise for the first time will recognise the standard game modes on offer this time around – from single-player career/championship modes, training and quick race, and the inclusion of both online multiplayer and split-screen.

The above is standard, but how does WRC 8 play? From a gameplay-perspective, it does quite well. Both rally enthusiasts and racing fans will enjoy working their way through the official roster of vehicles and locations that the game has to offer, and as has been the standard of rally titles of late, WRC 8 certainly offers a challenge for those willing to accept it. Chalk it down to inexperience or perhaps old age, but gone are the days of turning on a rally game for the first time and finishing an event on pole by a considerable margin. Even after a couple of hours I still struggle to place even above halfway through the ladder, with both human error and penalties bringing my final time down lower than my AI rivals. While the game doesn’t seem as punishing as DiRT Rally has been, there’s still no hand-holding to be seen here. There’s no rewinds and you’ll constantly need to be paying attention to co-driver calls and the road ahead to navigate successfully around challenging bends, surfaces and environments.

From a visual perspective WRC 8 has also come a long way from where the series were earlier in the 00s. Menus are clean and crisp, presentation is decent and thankfully load times are relatively quick. Finishing an event, jumping back to the main menu, selecting a country, course and vehicle take what seems like moments so you’re never out of the action for long. Graphically WRC 8 still has room for improvement, where environmental textures like grass or scenery are not exactly top-notch, or where the hood decals are far from crisp, but it all becomes of little relevance when you’re trying to keep straight/forward as you progress through the stages at speed. I will highlight that there is the occasional screen-tearing when you’re in the top-tier WRC cars on some of the more busier courses, but thankfully this isn’t the case on all locations and nor did it seem to affect any of the other vehicle tiers.

Moving on, one of WRC 8’s best strength lies in its licensing. Specifically, what makes this game great and sets it apart from its competition is the diverse and impressive location listing. Replicating the entirety of the real-world WRC calendar means players can enjoy a vast of locations (14) and courses (100) not really seen in the DiRT franchise. While the genre’s standard locations are great to race on (think Australia, Finland and Wales), it’s the others which added the most value for me. Stages in Turkey, Chile and Mexico were far more enjoyable just for the fact they were fresh additions, as opposed to the usual locations we see recycled year on year.

Unfortunately, what results in WRC 8’s greatest strength also results in one of its disappointments. Being licensed off the real-world championship means not only do you get all the locations, but it also means you get all the cars. It’s just a shame that the cars are largely all the same. Short wheelbase hatches dominate the world of rally today, and as such, each WRC league has 3 or so cars only. There are no Subaru WRX or Mitsubishi Lancers to choose from, but Toyota and Hyundai’s a-plenty. Outside of the official Junior, WRC2 and WRC class of vehicles, WRC 8 also includes four ‘bonus’ cars but these are largely uninspiring and varied to be honest (the Lancia Fulvia & Stratos, a VW Polo R and Proton Iriz R5). The irony is using the hood-camera you’d never really see them anyway, but it does diminish the replayability somewhat when the available cars are so scarce.

I was posed the question before I began – “could WRC dethrone DiRT this year?” WRC 8 certainly boasts engaging, fun and challenging gameplay. The vehicles handle with a sense of realism, they sound fantastic and the variety in locations and stages is second-to-none. Sure there’s still some work to go from a graphical perspective, but it’s not something that would impact replayability if you’re a rally/racing fan. So is the answer to the question a ‘yes’? Not entirely. That said, does WRC 8 need to be better than DiRT? Not at all. Both franchises offer a decent rally experience, and while it probably couldn’t be said that WRC 8 is the ultimate rally game, it’s not to suggest it doesn’t do a great job at it. If racers are your thing and even more-so if you’re a rally enthusiast then you’d do well to check this out.

WRC 8 was reviewed using a promotional code on Xbox One, as provided by the publisher. Click here to learn more about Stevivor’s scoring scale.