Home » Reviews » Tell Me Why Review: A masterclass in narrative & representation 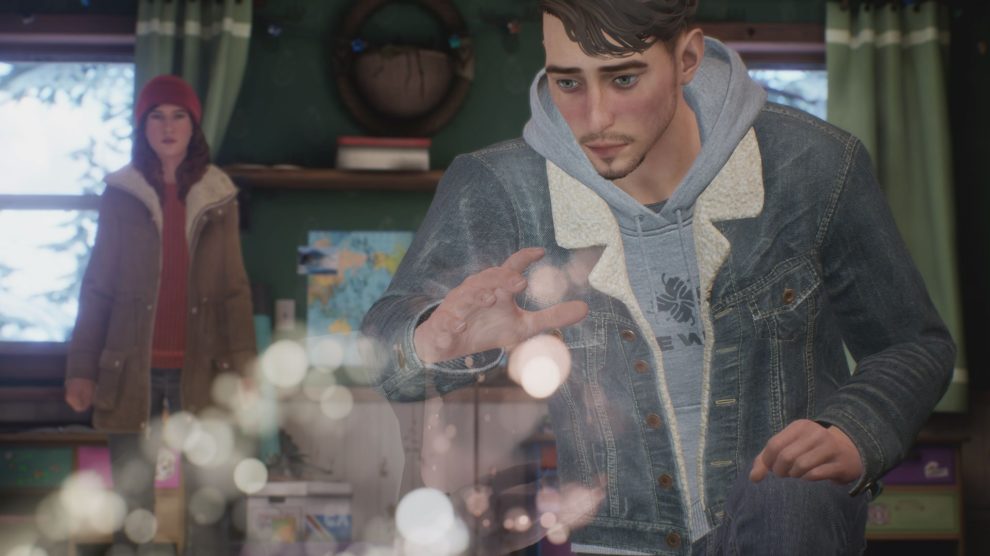 When DONTNOD and Microsoft took to the X019 stage last year to announced they’d worked with GLAAD to provide an authentic transgender experience for Tell Me Why, I was excited, but also scared. Done properly, it would mean the world to a marginalised community; the opposite would cause even more damage. Straight out of the gate, I’m pleased to say that Tell Me Why gets it right, providing representation that not only transgender people deserve, but queers and those with mental health issues too.

DONTNOD’s reveal was only months before a release that some of us (myself included) consider to almost be criminal in the way in which it treats its queer characters: The Last of Us Part 2. While I was already angry about this as Part 2‘s closing credits were scrolling past my eyes, those feelings were nothing compared to how I felt after seeing Naughty Dog launch into a campaign whereby it patted itself on the back and praised itself for providing representation to groups who otherwise wouldn’t receive it. I’ve said it before and I’ll say it again: representation isn’t enough — the queer community shouldn’t settle to be included as a mere pawn.

Tell Me Why opens on the Ronan twins, Alyson and Tyler, as each prepares to see the other for the first time in ten long years. A family tragedy has forced them apart, with Tyler believing his identity as a transgender man was the catalyst. As the twins reunite and explore their past trauma, it quickly becomes clear that things aren’t as they appear. What follows an analysis of memory, questioning if we’re all (perhaps unknowing) unreliable narrators alongside a look at how reconsidering your history can impact your past, present and future. 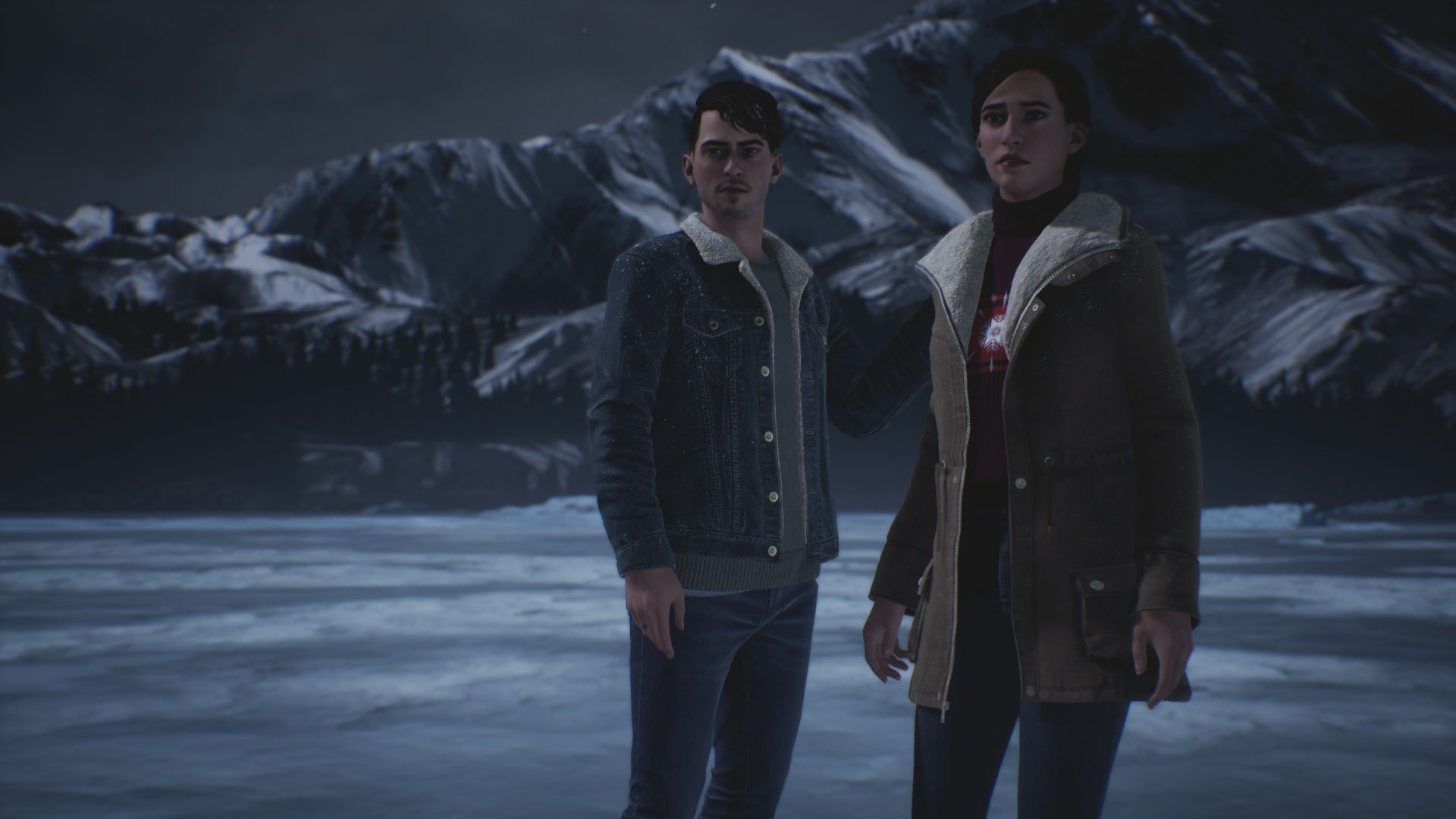 To do this, DONTNOD dips into the supernatural, or rather the bag of game mechanics, and introduces the concept of the twins’ voice; a juiced-up bond that allows them to share thoughts and feelings, and revisit individual interpretations of memories. While you clearly need to suspend disbelief and just go with it, the system works well, allowing you to not only peel back the layers of the familial mystery, but also to force yourself into taking a side when discrepancies show up. This system is bolstered by (a ridiculous amount of world building) in the form of The Book of Goblins, an anthology of stories that the Ronans created with their mother as an exercise in creativity in what Tyler calls “the ass-crack of nowhere”.

It’s easy to think of Tell Me Why as “that transgender game” — and the blame for that rests squarely on its marketing campaign — but each of Delos Crossing, Alaska’s inhabitants have their own backstories, quirks and sorrows. A 10-hour experience split over three chapters, there are only a handful of locations to visit and characters to meet, but that laser-like focus provides DONTNOD the opportunity to really explore its premise. Truly, Tell Me Why goes far deeper than you’d expect, delving into the many meanings of family and the things we’ll do (or not do) to those we hold dear. You ponder these concepts in a living, breathing world full of complexity and mystery, with each minute that passes strengthening your resolve to get to the bottom of things.

While the same is true for DONTNOD’s previous episodic franchise, Life is Strange, this new work is more akin to an expanded version of its Adventures of Captain Spirit tie-in. Tell Me Why is less action-oriented and doesn’t require split-second decisions, instead allowing you the time to breathe and consider your actions. If you’re not as inclined to explore and get the full picture, clear goals are defined and will allow players the chance to barrel through (though you really, really shouldn’t). DONTNOD’s engine means that you’ll sometimes think you’ve blocked yourself from a conversation or exploration because a scripted moment is triggered, but in some instances you’re allowed the chance to double-back to do both. On the rare occasion that does happen, you can access a replay feature that either lets you amend or retain what’s happened in the first instance. 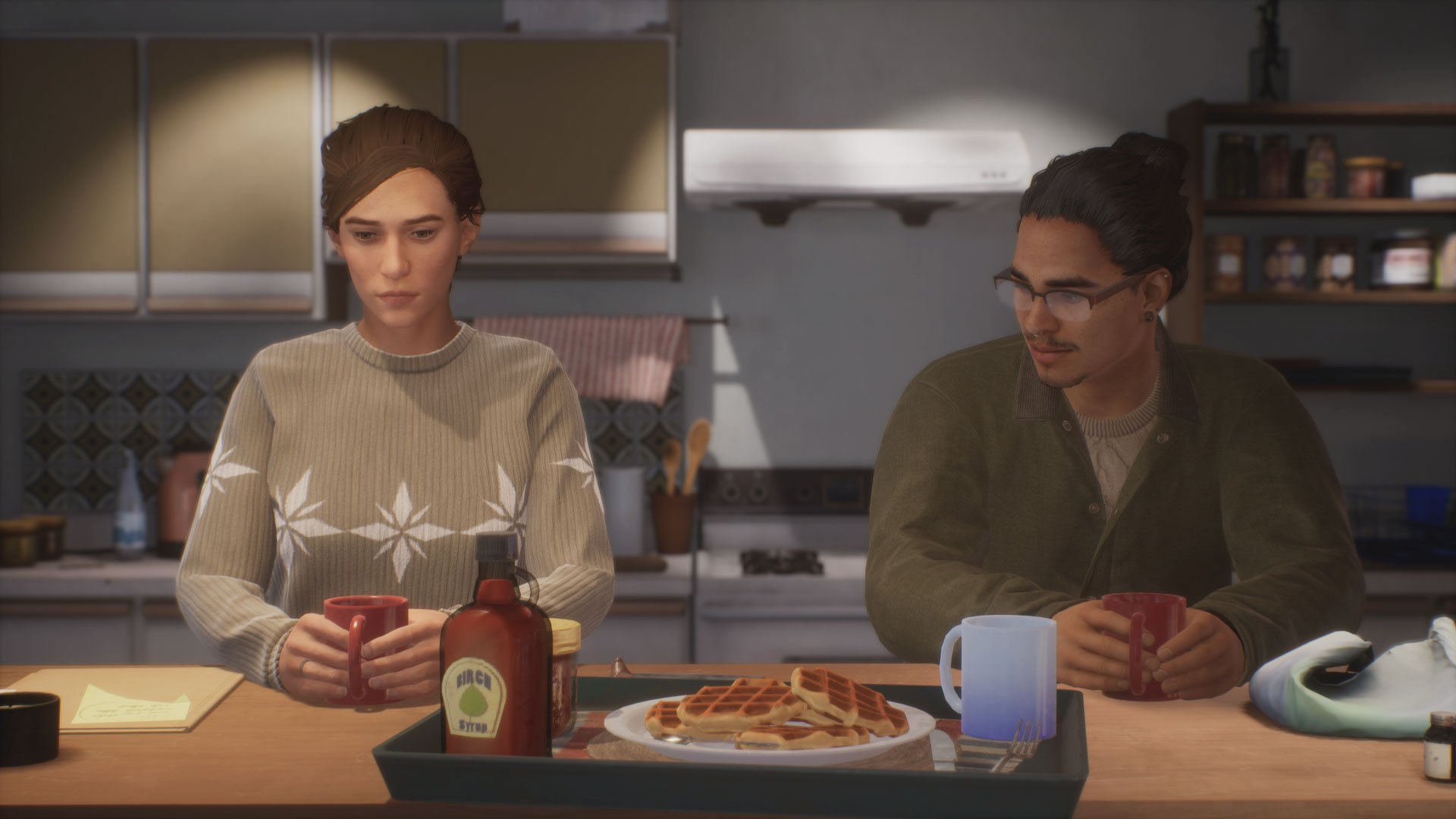 A linear puzzle marathon near the end of Chapter 3 is the package’s weakest point, but the climax it provides more than makes up for it. I also question why Tell Me Why has been presented as an episodic title; after all, I’ve been provided all three chapters and this review is based on the entire thing. While nobody in the game calls Tyler by his deadname, concepts like these are certainly brought up for the player to ponder. While DONTNOD and Microsoft have told Stevivor that the episodic experience will allow players the chance to discuss what’s presented, I don’t think we would have any issue talking about a single 10-hour experience, rather than separate three-hour instalments.

The concept of replayability is big to some, but to me, Tell Me Why is an experience where I feel locked into the choices I made throughout my first playthrough. Those decisions felt true to me — rather, true to Tyler and Alyson — though I also take comfort in the fact that DONTNOD has made it explicitly clear that each of Tell Me Why’s endings offer up an optimistic future.

That’s the real beauty here: stories don’t have to be full of doom, gloom, betrayal and murder to be effective or impactful. Queers don’t have to be dragged through the mud because of who they are. While Tell Me Why may draw people in because of a transgender character, it offers far more than just that. It presents a complex, psychological narrative that doesn’t use minorities as mere tools to shortcut emotional responses from its players. Take note.

Tell Me Why was reviewed using a promotional code on Xbox One and Windows PC, as provided by the publisher. Click here to learn more about Stevivor’s scoring scale.