Home » Reviews » No Straight Roads Review: A tad out of tune 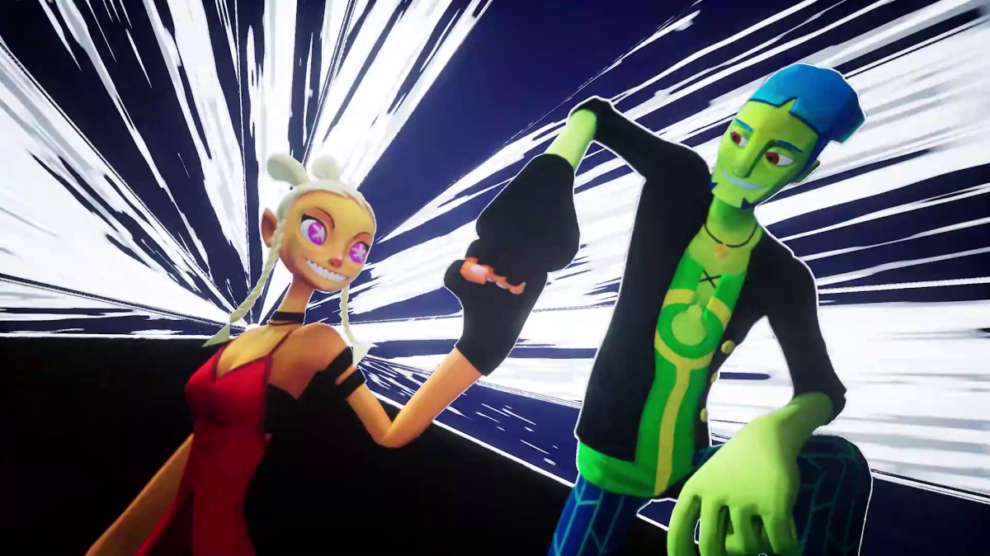 No Straight Roads is now available, a decidedly unique rhythm-infused beat ’em up that pits the forces of rock and roll against the evils of electronic dance music (EDM).

Designed by Wan Hazmer (lead game designer of Final Fantasy XV) and Daim Dziauddin (concept artist of Street Fighter V), No Straight Roads is nothing like either of those big-name titles, instead looking and feeling like a cross between Scott Pilgrim vs the World and Jet Set Radio. It pits protagonists Mayday and Zuke from Bunk Bed Junction against NSR, a megacorporation that turns EDM beats into power for the metropolis of Vinyl City. NSR is painted as the ultimate baddie, a company that not only forces its residents to love EDM above any other musical genre, but also one that hoards power and control for itself and society’s elite.

When firing on all cylinders, No Straight Roads is something to behold, a spectacle of sound and light accompanied by loads of enthusiasm. Gameplay is relatively simple; playing in solo or two-player co-op, Mayday and Zuke have an attack button, a dodge, a parry, the ability to combo (that’s Zuke’s speciality, actually) and special attacks that deliver damage or heal the party. While No Straight Roads says attacking should be done on the beat, that mostly is done away with in sections leading up to Vinyl City’s various, incredibly unique bosses. As we said in our preview, the boss battles are where it’s at (almost to the point that I wish the pre-boss stuff was simply cut out), though the need to parry is far more important with a handful of bosses than the the overall package would have you believe. 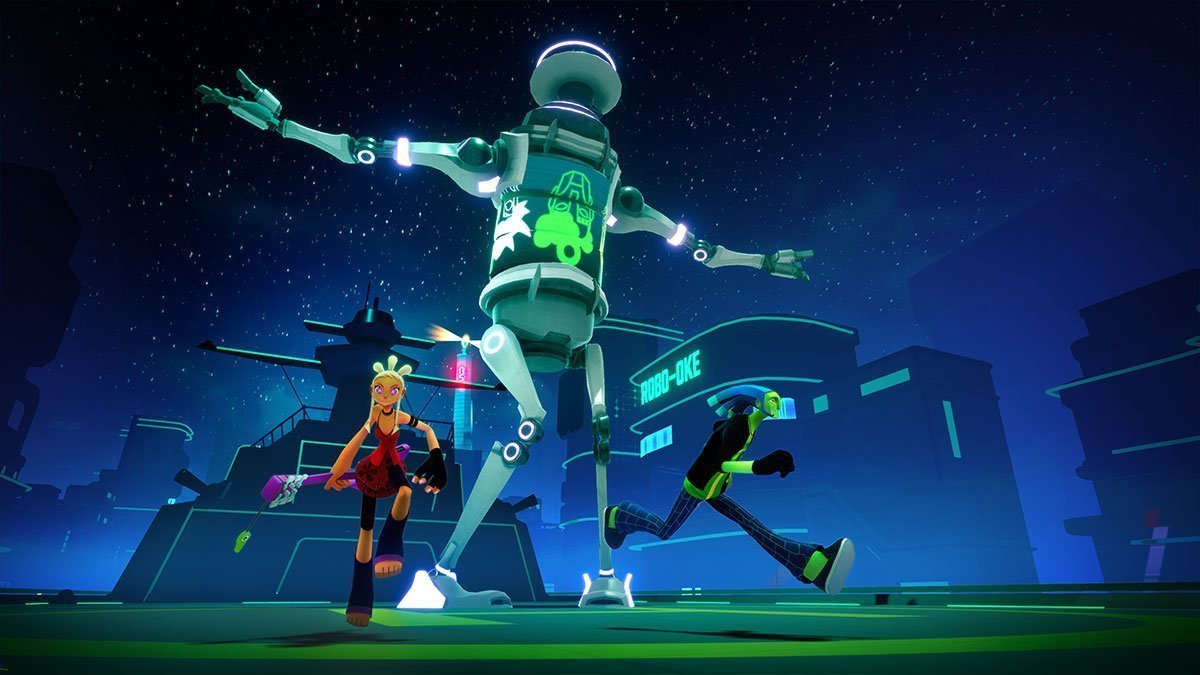 Sadly, No Straight Roads comes across as disjointed and in need of further polishing in many areas in order to align high-level concepts and themes with what’s actually presented in the world. There are some big allegories which fall flat, a huge disconnect from what overarching messaging hopes to accomplish. I honestly called a major plot point from the first few opening minutes of the demo, but enough on that; as a better example, the entire experience is about tackling EDM, but Hazmer and Dziauddin felt the need to specify that they like the musical genre in the game’s closing credits. Is it about music? Is it about politics? Is a piano recital to be thought of as EDM? Are boybands just as bad? Is No Straight Roads even sure of the answers to those questions? I honestly don’t know.

The world of Vinyl City is actually quite beautiful, and changes ever so slightly as you progress. In truth, though, the metropolis ends up being one long street that you’re made to continually travel down to get to the next boss, and while exploration is encouraged, there’s no huge incentive for doing so. If you don’t you won’t accrue fans for character progression (but I forgot to actually redeem those for the longest time) or run into side-missions with Zuke’s brother, DK West.

In the case of the latter, I’m not sure how any solo player could beat those missions. In them, you’re tasked to control two different, mirrored musical tracks in order to dodge obstacles, and while I see how a two-player team could best those, a solo player will simply end up frustrated. DK’s songs (song?) are total earworms too, so be warned. In terms of character progression? My tip is to dump everything you can into ammo capacity, as most boss fights will turn into fights where you’re simply waiting for more projectiles to then launch at a baddie as your only way of fighting.

No Straight Road seems to be uncertain of itself, pushing that need to run down the streets of Vinyl City — and with those aforementioned, unneeded pre-boss sequences — but near the end of the game, decides that running through Vinyl City becomes unnecessary. It’s during those sections (where you randomly jump into a helicopter) that traversal through the city would have had the most impact. Those sections are also unvoiced, which leads me to believe they may have been rushed in order to ship the game on time.

On the topic of vocal performances, I’m delighted with No Straight Roads‘ unique DNA. Metronomik is based in Malaysia, and that’s wholly apparent from the start of its game. Characters speak English, but have decidedly Malaysian accents. Better yet, some local language and mannerisms come into play, and I hope this is something other developers take note of and experiment with themselves.

Despite its flaws, there are some interesting concepts, some clever boss and district design and an ultimate message of equality that’s been presented within; should we get a sequel, I hope more time is spent on a narrative and connective tissue that does the entire package justice. No Straight Roads is available on Windows PC, Xbox One and PS4 from today, 25 August, with a Switch release to follow. If you like the look of the demo shown above, you’ll find a lot to engage with in the full release.

No Straight Roads was reviewed using a promotional code on Windows PC via Epic Games Store, as provided by the publisher. Click here to learn more about Stevivor’s scoring scale.