Home » Reviews » Shadow of the Tomb Raider Review: Like the jaguar 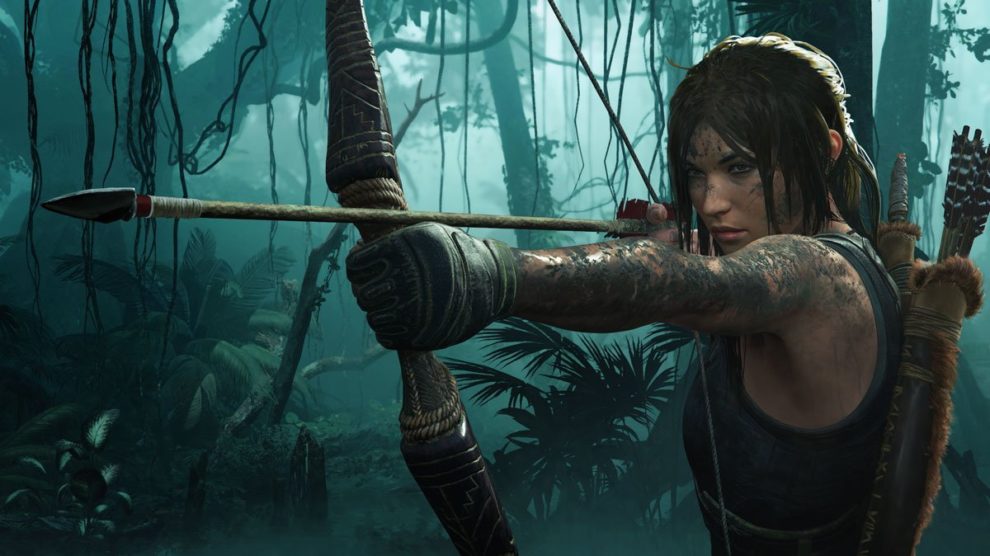 Shadow of the Tomb Raider is the third in the franchise’s rebooted world, an Uncharted-like affair this time handled by Eidos Montreal rather than Crystal Dynamics. The new studio has told Stevivor that this installment centres around fear; terror that swings between our heroine Lara Croft and the villainous Trinity.

As we’ve covered in a lengthy pre- and post-E3 2018 preview, Croft is all grown up, a confident, lethal explorer and adventurer. Together with her faithful friend Jonah, the two trudge through the jungles of Peru in an attempt to finally take Trinity down for good and stop an incoming Mayan apocalypse. In the end, the game’s story falls to the wayside as the key component of the franchise’s reboot comes into play: using a series of traversal tools to make your way through challenge tombs and the environment in general, hunting down relics, documents and other collectible goodies.

Lara’s standard set of weapons and tools are at her disposal, including a trusty bow and arrow (with a variety of arrows) and new spiked boots that allow axe climbing across overhangs. A three-pronged skill tree lets you power Lara up to cater to your own style, giving her stealth or combat capabilities to deal with the agents of Trinity. On the stealth front, Lara can make great use of (very plentiful) mud to camouflage herself, slipping unseen into the jungle’s canopy to silently eliminate her prey. Perhaps the best bit of Shadow of the Tomb Raider‘s stealth mechanics is that Lara can re-enter stealth if she’s caught out (provided she can get out of view again). It’s far easier to take out a couple baddies and slink back into the mud-covered canopy than have restart to a previous checkpoint after a blunder. 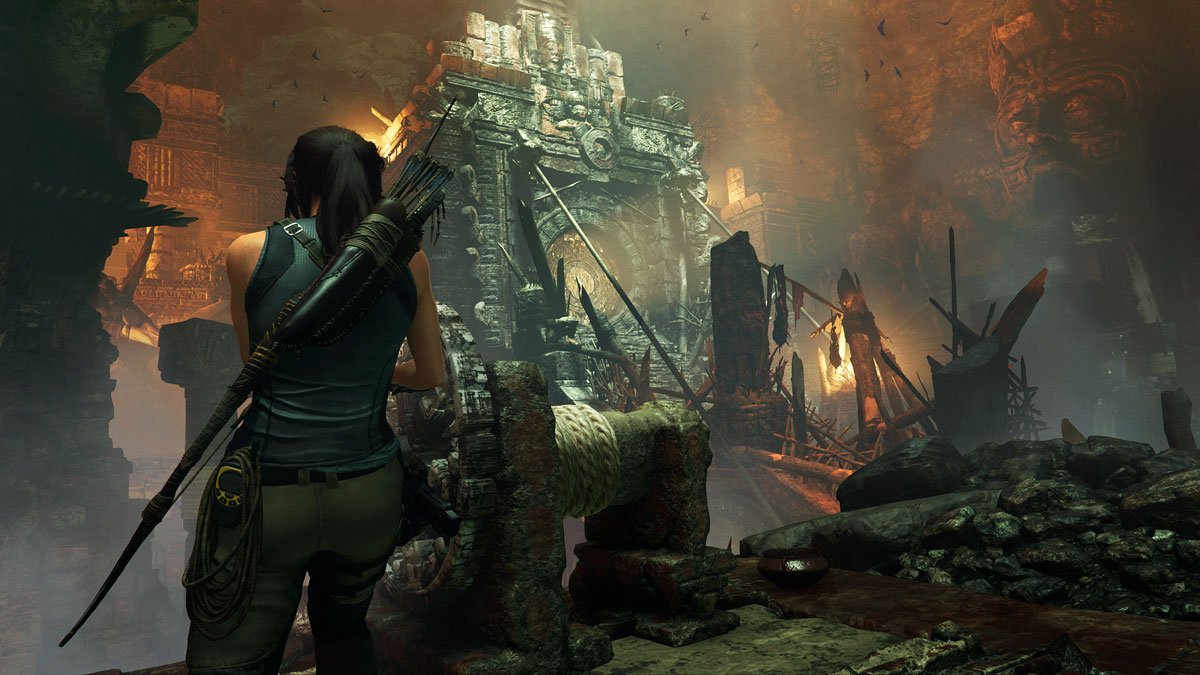 The game also allows for three different difficulty settings across combat, exploration and puzzles, meaning you can have combat cranked all the way up while leaving puzzles at easy. Playing on normal across all three, combat almost felt too easy — right up until the end of the story, that is. After three games, Lara really is a lethal weapon, able to chain stealth kills, use dodge kills and send an arrow through someone’s eye socket with relative ease. A particularly precise headshot can also be captured through a photo mode that allows a range of settings. A new type of demonic enemy will present Lara with her biggest challenge, and early on requires a combat style that you’ve not really experienced before in this trilogy. It doesn’t take long to adapt, thankfully, but stealth and cover are certainly off the table.

Puzzles, offered through general story progression alongside plentiful challenge tombs and crypts, range from simple, to mixed with combat, to outright difficult. They are single-handedly the best part of Shadow of the Tomb Raider, sending the greatest rush of endorphins through your system after solving a real head scratcher. The only problem with some of the challenge rooms is that they’re so large, you might find yourself coming back to them after a bit of a break… and it’s precisely then where you’ll struggle to remember how you’ve gotten to where you are, how you’ll accomplish your goal or even just how to get out of the damn area when you’ve completed it.

Exploration comes a close second, with a wealth of relics, crafting items and documents to find across a ludicrously large map. You’ll be able to spend hours combing the playable area in an attempt reveal all its secrets, including myriad underwater locations which all seem designed to exist as highly-constrained, claustrophobia-inducing spaces. Side missions are also diverse and provide a nice break from relic hunting, adding personality to the area and helping Lara gain trust with the locals. 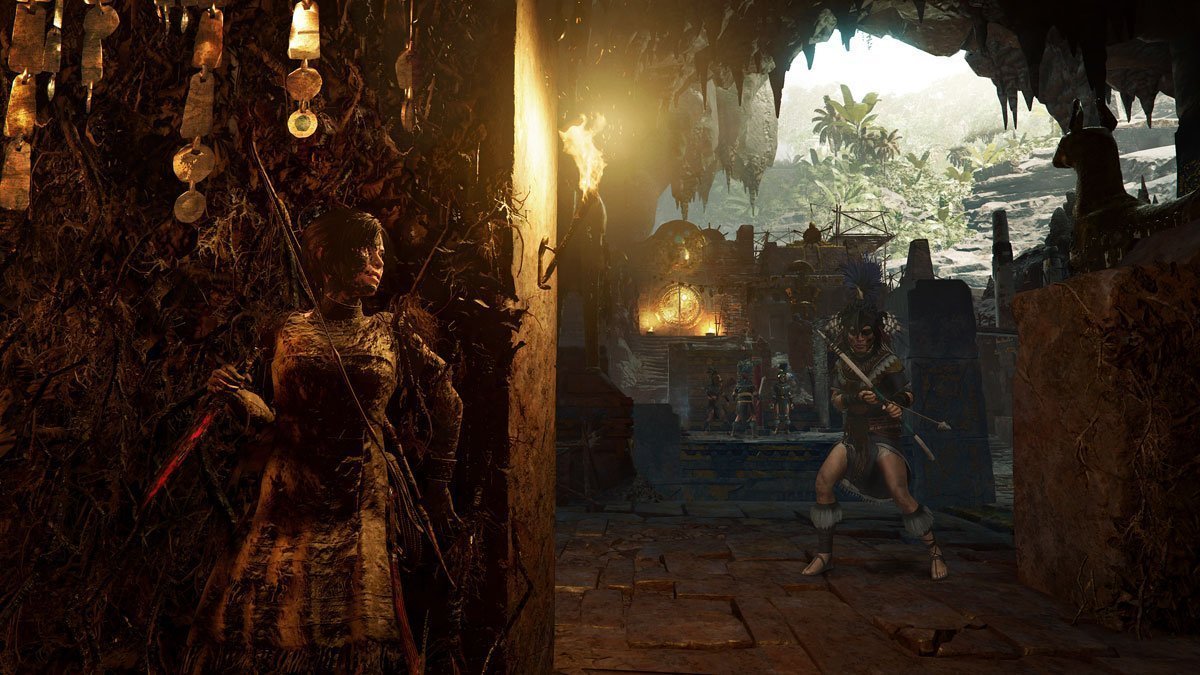 The much-hyped hidden city of Paititi is just one of the game’s major hubs, though it’s perhaps the most confusing to navigate. Thankfully, Lara can craft perception-boosting concoctions to make the ordeal a tad easier, though said trick doesn’t work when you’re required to find one of many, many small cracks in a wall that mean the difference between continuing forward or frustratedly running around in circles questioning where you’re supposed to be going. Even in breathtaking 4K, it’s sometimes ridiculously difficult to figure out where to go next.

The people and history of Paititi play a huge part in the story and allow Eidos Montreal to be as flexible with in-game realism as Crystal Dynamics did with the ending of 2013’s Tomb Raider. The lore behind the city and its inhabitants — which sometimes made me feel awkward at times as I wasn’t sure if Eidos Montreal was being respectful to Mayan and Incan cultures with the fictional Paititians — also means Lara gets to play dress-up quite a lot over the course of the game. While said costumes are gorgeous in their own right, and fits with the narrative of the game, they mean that Lara can’t use the special costumes that you’ve spent half the game sourcing and crafting.

Though its story rockets up a dozen or so notches near the end of the experience — an apocalypse will do that, I suppose — Shadow of the Tomb Raider has the most forgettable narrative of Lara Croft’s rebooted adventures. While that’s not a great selling point, most of this is because there’s just so much engaging stuff to do; you’ll struggle to keep on the main path when your urge to explore matches that of Lara’s. Shadow of the Tomb Raider is more of the same Tomb Raider experience we’ve known since 2013, and that’s precisely why you should be making the trek to Paititi.

Shadow of the Tomb Raider was reviewed using a promotional code on Xbox One, as provided by the publisher. Click here to learn more about Stevivor’s scoring scale.