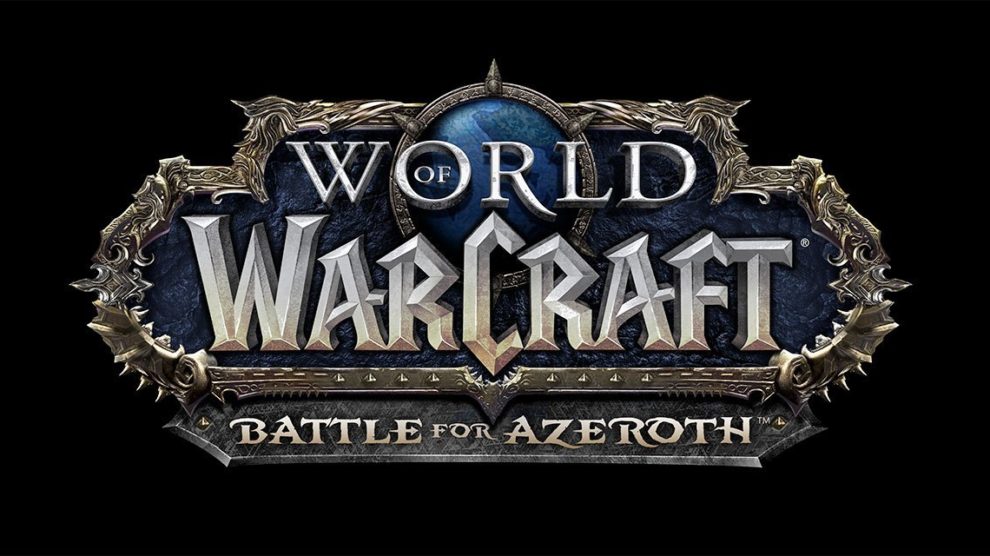 It seems like just yesterday that we were fighting the demons of the Burning Legion as they attempted to destroy Azeroth and its inhabitants. There’s no time to sit back and relax — with the demon ruler banished we’re right back in the saddle again with the next expansion in the long running story of World of Warcraft: Battle for Azeroth. Not content with banishing the legion of demons and ending the strife that their realm faced, the two major factions have naturally decided that now is the best time to reignite their conflicts of old and get right back to hating each other.

The titular battle for Azeroth begins with the close of the Legion campaign, as the titan Sargeras impaled the planet with his sword before being imprisoned by Illidan. This wound on Azeroth, which is of course both a planet AND the titan growing within it, bled and caused a powerful resource called Azerite to pool up across the planet.

With such an exciting new mineral available naturally the two main factions on Azeroth, the Alliance and the Horde, both jockey for control and come to blows in their quest without really stopping to consider that you know, maybe stealing all this planet-blood isn’t the best idea. In the ensuing war each faction loses one of their major cities, with the Undercity ruined by blight and Teldrassil burned, before each side retreats to plan their next step. 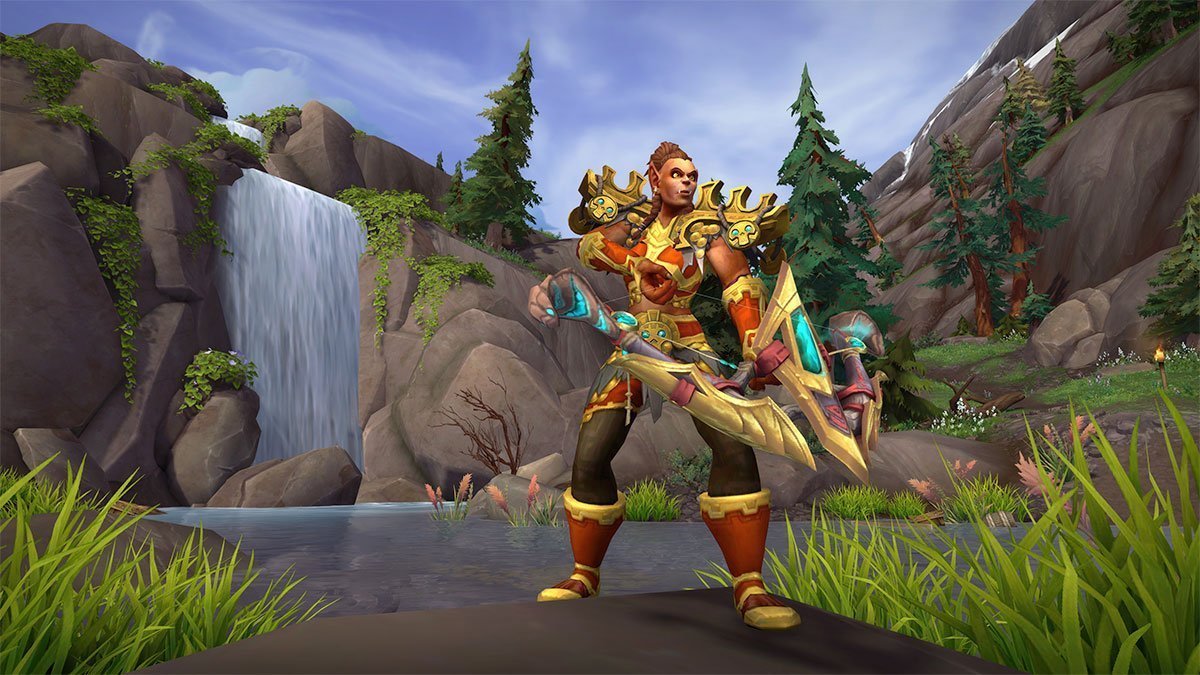 Battle for Azeroth picks up properly here and you, as the champion of your faction, are tasked with parlaying with some old friends in the hopes of gathering a navy to better control the flow of Azerite back to your soil. For the Horde, you’re tasked with contacting the Zandalari trolls, former allies who broke off form the Horde proper after disagreements with the former warlord Vol’jin.

The Alliance are more about meeting up with old family, as they head to the isle of Kul Tiras to meet up with Katherine Proudmoore to rustle up a navy of their own. These two new zones are where you’ll spend the majority of your questing time in Battle for Azeroth, with each of them divided into three separate stories that culminate in one big old encounter to round out the launch story.

I like to try something new expansion to keep things fresh, so for my time with Battle for Azeroth I used the character boost to roll up a Warlock. Naturally I chose a troll, the original inhabitants of Azeroth and a race who feature heavily in the Horde campaign. This was my first time playing as a Horde character properly, having rolled up a few toons previously but never investing the time to get one to max level. This is largely due to the ridiculous nature of the Horde race character models, who range from ridiculously large to ridiculously ugly. 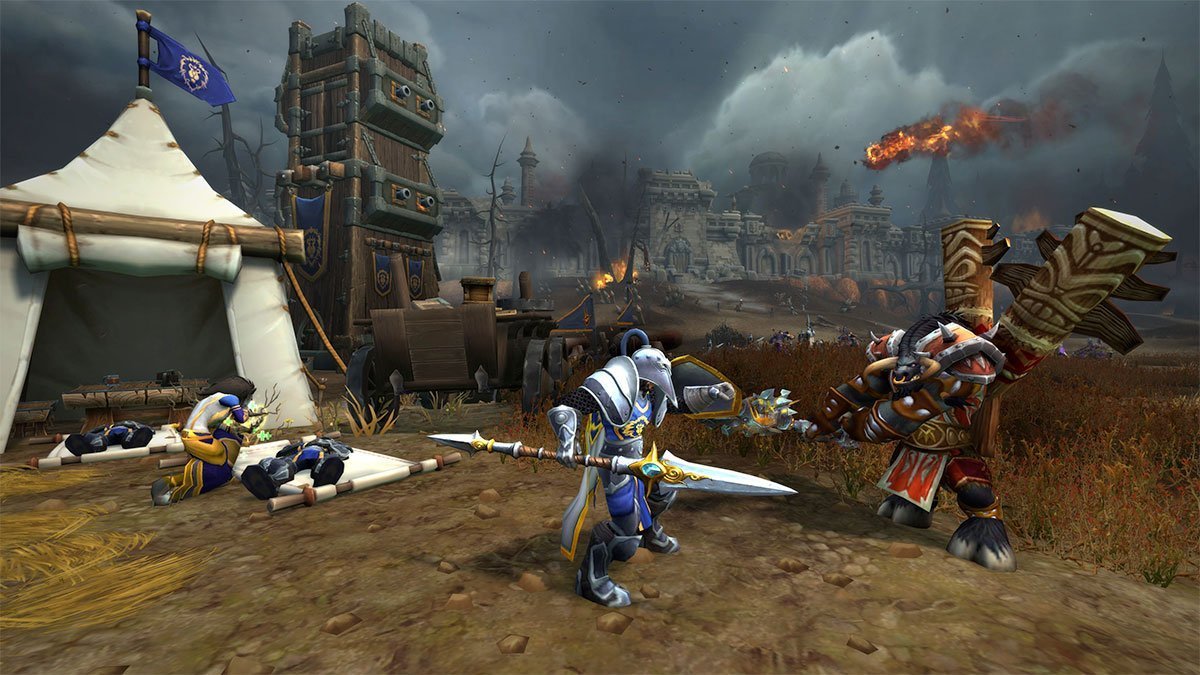 Some updates have been rolled out to bring the models to a more modern looking state, however I’m still puzzled as to why all of the male Horde characters look interesting and individual, while many of the female ones, well, don’t. On top of this, it’s quite hard for me to engage with the motivations of the Horde generally. If the burning of the world tree Teldrassil wasn’t enough of an indicator that the Horde are definitely the bad guys in this expansion, the beginning of the campaign quickly makes that clear. It’s almost laughable, in fact, just how evil the Horde are as the morally grey Warlord Sylvanas Windrunner moves quickly to morally vanta-black, unleashing blight as a weapon in her battle against the alliance and costing the lives of her troops and making the Undercity uninhabitable.

War crimes are always hard to justify, but Sylvanas apparently “has a plan” though we may not see that come to fruition for some time if the two year roll out of the Legion story is anything to go by. We already know that N’Zoth is heavily involved in the story, at least from the Alliances perspective, and the story across the next few years of this expansion will likely culminate in Raids to take on a few of the old gods themselves.

Way back when Legion launched two years ago, it brought with it an artifact weapon system that allowed the player to customise their staffs, swords and mauls according to their preferred play style while gathering enough resources to eventually “max” it out and unlock all the nodes. Battle for Azeroth attempts to take this concept one step further with the introduction of The Heart of Azeroth. This necklace allows you to collect Azerite and cash it in to unlock upgrades across all of your gear via Azerite Armor, increasing your power as you go. 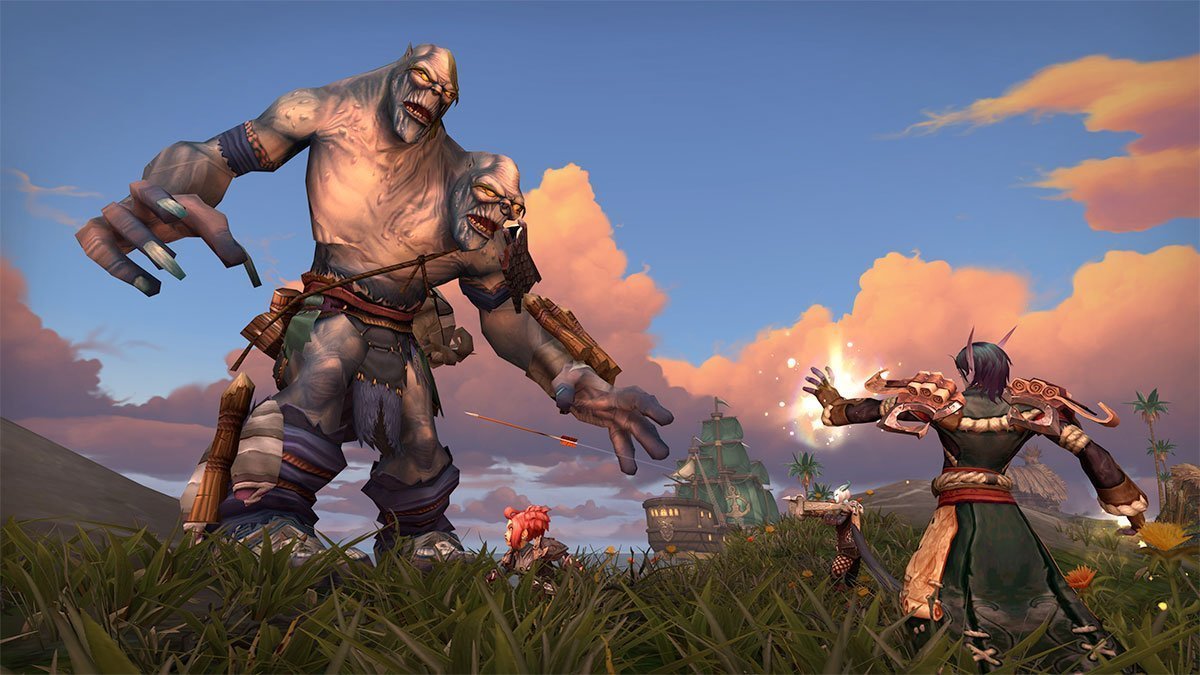 While this sounds great in theory, I found it to make gearing up and progressing less exciting over all — gone is the excitement that comes from checking out most quest rewards and random drops, as now the only fear really worth keeping is Azerite armour itself. That’s a real shame, as gearing up is a huge part of the fun of gear based RPGs and that simplification of choice hurts investment.

Aside from those two changes, Battle for Azeroth doesn’t bring much else in terms of brand new content. Yes there’s a couple of new “allied races” with some interesting racial bonuses, but most of the content in Battle for Azeroth revolves around the stories in the new zones and the overarching war campaign. This is pretty disappointing for a major expansion, especially following the world-ending scale of the previous expansion Legion.

Overall, I can’t say I’ve enjoyed my time with Battle for Azeroth. There’s a lot of long term progression here for the hardcore players, but to me everything feels simplified and a little bit strung out. The story is quite weak, and the new zones don’t have anything to really grab me as a player like Legion did. It all just feels a little too familiar, like Blizzard have tried to bring back the nostalgia of the “good old days” but have instead delivered the same old story once more. I’m hopeful, though, that Blizzard have a long term plan in place for this latest instalment in the epic saga that World of Warcraft has become, but I’ll be giving this one a miss.

World of Warcraft: Battle for Azeroth was reviewed using a promotional code on Windows PC, as provided by the publisher. Click here to learn more about Stevivor’s scoring scale.