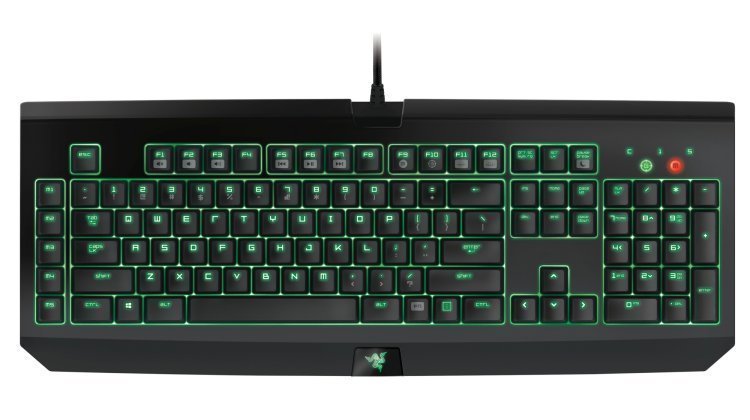 As someone who does most of my gaming over on the PC, I can be quite particular about my setup. I recently picked up a new mouse that I used for a few hours, and then neatly packed it back in its box. The mouse didn’t feel right at all and the buttons were a little too sensitive for my liking. So I went back to my 3 year old mouse while I continued the search for something to replace it with. When I pulled the Razer BlackWidow Ultimate Stealth 2014 Edition Keyboard out of its box I hoped it would not suffer the same fate, and ultimately in the end it didn’t. About a month has passed since I first started using the BlackWidow and while it does have a few minor hitches, it’s generally been an awesome keyboard to game with.

Out of the box the first thing that I noticed about the Razer BlackWidow Ultimate Stealth keyboard is that it was quite heavy compared to anything else I’d used in the past. But because of this it doesn’t make the product feel cheap and flimsy like you normally get with a standard keyboard; instead it’s solid and has a good weight to it. Adding to this it also means you won’t have the keyboard moving around on your desk while you’re using it. Alternatively it does then limit the portability of the device, because it’s heavy it’s not really something you’ll want to move around or can as easily take with you somewhere else. 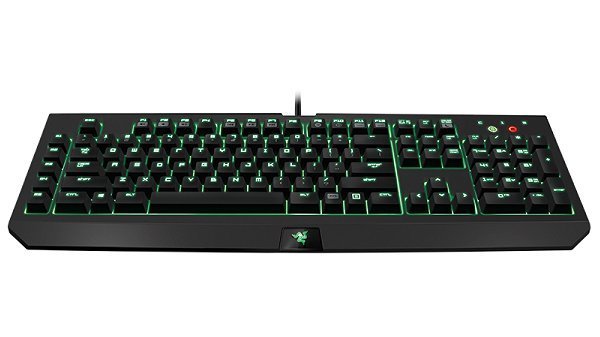 On the back of the keyboard is a thick braided cable that allows you to plug into the microphone, audio, and USB ports on the computer. This works as handy a pass through so if you want to you can directly connect other devices straight into ports on the keyboard itself rather than the back of the computer. Getting down to business the Razer BlackWidow Ultimate Stealth keyboard is excellent once you start to work with it. The mechanical switches that are used for each individual key feel great when you press down on the button. There’s also a strong but satisfying “click” sound with each push;  this can be a little loud for those unfamiliar with mechanical switch keyboards, but Razer have done a good job of dampening the sound with the BlackWidow Ultimate Stealth so it’s not quite as noisy as others on the market.

To complement the keyboard Razer also has a cloud service which can be used alongside their devices called Synapse 2.0. This allows you to save all your personal settings that can be retrieved from any other computer with an internet connection. It also gives you the ability to create multiple profiles and setup a number of macros for various games. Here you’ll also find ways to customise the backlight of the keyboard, a green glow illuminates the keys and the intensity of the brightness can be changed to your liking.

The Razer BlackWidow Ultimate Stealth 2014 Edition Keyboard ignores its name a little because it still makes a bit of noise in action. While the BlackWidow is missing some things you might find on a few of the more expensive keyboards — like an LCD panel — it does have just about everything else you’ll want which will happily satisfy most gamers’ needs.