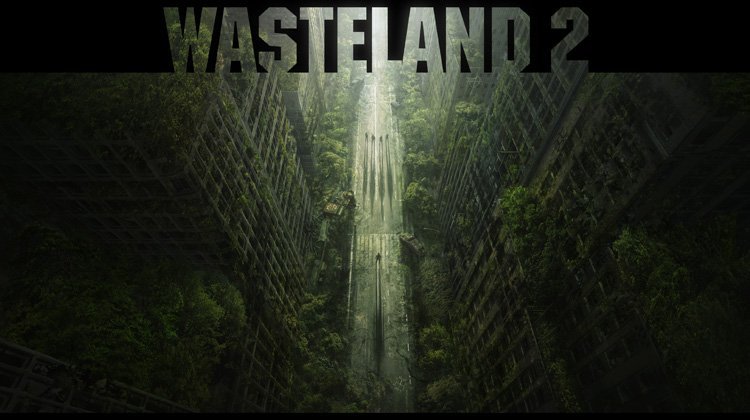 Release day has arrived, so it’s time to move our look at Wasteland 2 from preview to review. The code has been polished and inXile have given the nod of approval to release it out into the wider world. So, how does the game fare? It’s much like the life of your wasteland Rangers – there’s victory to be found, but the road can get a little choppy along the way.

As mentioned in our preview, Wasteland 2 sees you in charge of a fresh-faced squad of Desert Rangers, post-apocalyptic Arizona’s self-appointed peacekeeping force. You’re tasked with helping to establish radio broadcast towers for the Rangers’ experimental radio network, and this sets off a chain of events that take you through a story of mystery, murder and malevolent plant life. You soon find a senior Ranger murdered by a mysterious synthetic man, and this, paired with your radio mission, forms your two-pronged story catalyst. Venturing out into Arizona, you seek to find answers about the death of your comrade, help the people of the wasteland and ensure the Rangers’ place in it as a lasting force for good.

While the barren desert is a familiar kind of locale for players of the first Wasteland and other similarly-premised games, Wasteland 2’s Arizona is refreshingly green for a nuclear holocaust. Nature is slowly taking back the world, and you’ll come across more green than other games in this genre would show you. This expands even more in the back end of the game, which sees you journeying west to the swampy world of Los Angeles.


Regardless of the setting, the world is richly detailed whether it looks it or not – a huge volume of objects and background elements have unique text attached, which creator Brian Fargo has stated adds up to more text then all of the Harry Potter books put together. That’s a lot of things for you to click on. These bits of flavour text serve a twofold purpose – they flesh out the world of a game that’s happy to keep things basic visually, and they exemplify the game’s rich and dry sense of humour. I won’t spoil anything specific, but make sure to click your way around each area. Not every caption is a gold-medal-winning wit, but you never know what kinds of gems you’ll find.

The combat of the game is deep and complex, but oh boy is it slow. At standard speed, your characters and their enemies trundle around like combat isn’t that big of a deal. This would be fine if the game was all live-action fighting as it would give you time to think ahead and plan, but it’s already turn-based – once I’ve chosen my actions, I want to see them happen quick-smart! Thankfully, the game has options to speed up combat to balance this out for players like me who like results on the double. Beyond this minor issue, fights are high stakes and exciting. Death can be permanent in this game, so you’ll want to take good care of your characters and be prepared to reload if things turn sour.

Beyond this, the game does still have a couple of issues – in particular, I still saw the same graphical issues in this that I had during the preview. Despite having a fairly powerful machine, the game chugged and the framerate got quite choppy. I’d hoped this would be smoothed over for release, but no such luck. Additionally, I found the controls a bit cumbersome. Controlling camera movement with WASD rather than character movement felt counter-intuitive, and often left me scrolling away when I wanted my party to move instead. The camera was also a bit slow to react at times, though this may be related to my general slowdown issues as well.

Issues aside, the game itself is very enjoyable. Combat is deep and offers a lot of reward to RPG number-crunchers, the world is well-rounded and full of surprises for those keen to dive in, and it carries a strong atmosphere. If you like your games snappy and high-paced, this probably isn’t for you – but if you like exploring every inch of the world you’re playing in, the Ranger’s badge may be a good fit.