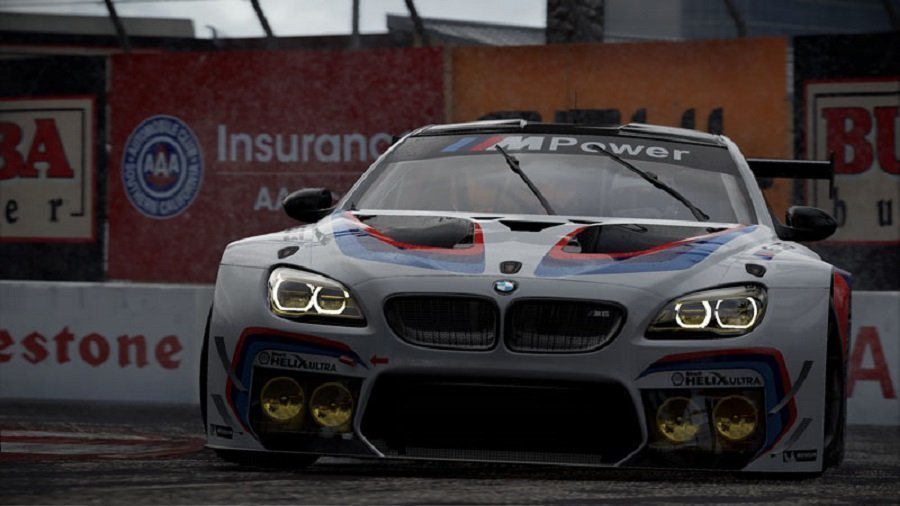 Make no mistake, Project CARS 2 is the most comprehensive and customisable racing simulator on the market right now.

When I spoke with Rod Chong, CCO of Slightly Mad Studios, he recommended that all players spend the first 30 minutes of the game tweaking the settings before hitting the track. Initially I assumed this was like most titles where you’d change the traction and stability control, manual or automatic gears and AI difficulty, but with Project CARS 2, it is something else. As a matter of fact, it will probably mean the difference between either enjoying the game, or flat-out hating it.

I’m no stranger to racing titles or simulators, so it came as somewhat of a shock when I was unable to exit the pit-lane without ramming into the barrier, or then moments later as I approached the first corner, completely spinning out in the Porsche I was driving. Recognising that while PCARS2 is meant to be realistic, it shouldn’t be that difficult for someone to complete a lap. It was only after a number of frustrating restarts and incomplete laps that I took Rod’s advice and headed back into the settings. Within the camera settings, turning off world-movement, g-force effects and helmet look (where the game automatically turns the camera to the next apex), handling immediately felt intuitive again; without a hint of exaggeration, Project CARS 2 became actually playable. 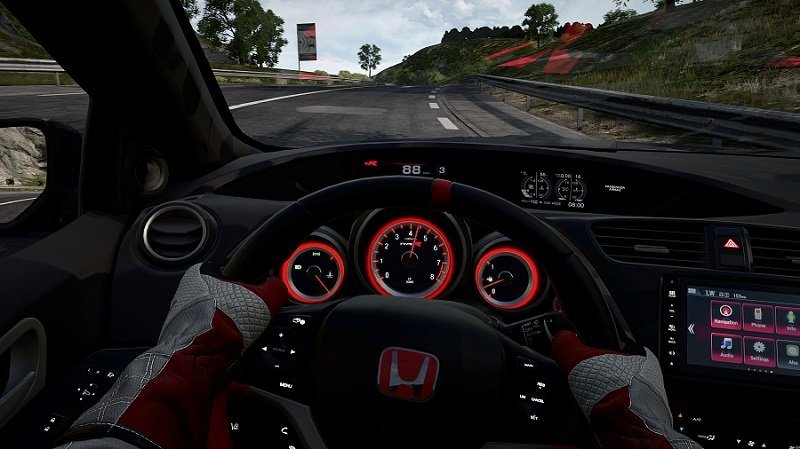 PCARS2 is well and truly a game for racing fans — simulator fans, to be specific. While you have the standard set of assist to make hitting the track easier, the fact stands that this game is only for those who are up for the challenge. One of the greatest strengths of Project CARS 2 lies within its customisation, and it’s here where Slight Mad have spared no expense. Everything about the racing experience is completely customisable, from your pit strategy to your camera (as discussed above), even the positioning and detail of the HUD elements are entirely in your court, and everything can be tweaked on a sliding scale to your exact liking.

On this, the greatest addition to this game comes in the form of their ‘anytime, anywhere’ feature, with the new Live.Track 3.0 engine. Complementing the impressive track listing (63 to be exact, and that’s not counting the track variations), Project CARS 2 now allows you to dictate not just the start times of your race sessions, but the season and weather too. Want to start your qualifying at 4AM and watch the sun rise as you start to develop your groove? Simple. Why not then compliment this by selecting a date in Summer so the heat impacts how hot your tires become and how quickly they wear out? Furthermore, why not change the weather from clear one moment to heavy fog the next, followed by a thunderstorm and then blizzard? Weather transitions are quite seamless and add a great level of not just challenge, but character to the race too. This feature is available on each track offering a level of customisation not ever seen on a console racer.

Further to the weather overhaul, Project CARS 2 has more than doubled the roster of cars available, expanding from 76 to 189 vehicles, offering more road cars and everything in-between from karts to F1-esque racers. Vehicles  span not just racing disciplines but generations too, and with the implementation of multi-class racing, you can have open-wheelers competing for positions against classic gran tourers and modern GT3 race cars. As a first for the franchise, PCARS2 also introduces rallycross and snow-racing, complementing the traditional circuit and karting tracks. Rallycross offers tight, technical and aggressive racing as you enjoy throwing the light short-wheel base rally cars sideways into corners, whereas snow racing does the exact same, just minus the fun. More of a hard model (no, impossible mode) in an already challenging game, I just didn’t find the enjoyment in ice/snow racing, where traction was constantly and issue and far too often your car would mount the snow mounds on either side of the track making it borderline impossible to return back without a reset. Where the core of Project CARS 2 lies in circuit racing and now rallycross, ice racing seems more of a novelty than a mode you’d willing want to return to. 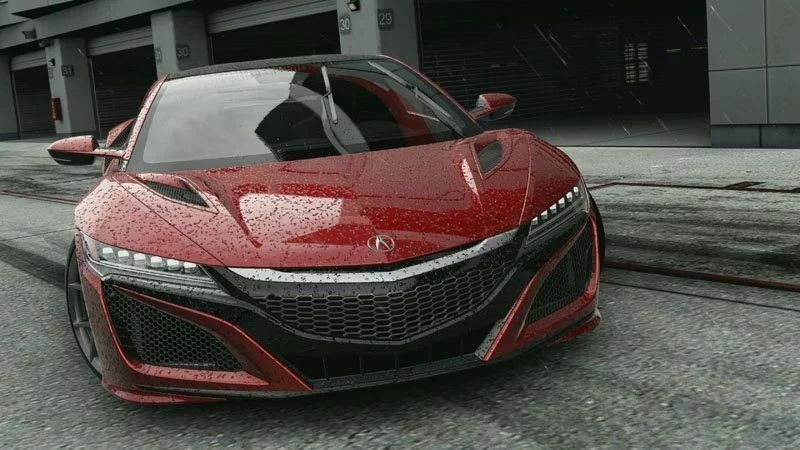 Despite being technically sound, PCars2 is a little rough around the edges. While the game supports both 4K and 12K resolution on PC (which looks incredible I must say), it seems to lack visually when it comes to console. Up close, the car models are nice, but when in a race, any opponent vehicle more than 20 metres above quickly turns from current-gen to almost last-gen as the definition deteriorates rather quickly. Sponsor decals and billboards all look rather rough and environments will have texture and shading pop-in as you approach them.

Perhaps the biggest killer is how lifeless and unpolished the pit-lanes are, often being empty rooms without any detail whatsoever. Your crew member is fuzzy at the best of times and cars will often pull out in-front of you as make your way back onto the track. There were no pit crew animations for refuelling or tire changes that I noticed during my review, which was the same problem Project CARS suffered from at launch too. While graphics aren’t the be-all and end-all with games, there does come a point where inconsistencies and lacklustre detail impacts emersion, and PCARS2 tip-toes that line.

I mentioned at the very beginning that Project CARS 2 is the most comprehensive and customisable racing simulator on the market right now, and this is undoubtedly true. Neither F1 2017 nor Forza Motorsport 6 offer the level of customisation and detail that this game does, but if I’m honest, it’s those other two games that I’d rather jump back into. As a racing simulator, PCARS2 is the winner, but when presentation and overall enjoyment are considered, it unfortunately falls a little flat. Fans of the franchise will appreciate the significant improvements made with this sequel, and die-hard racing fans will look past any graphical issues as they get immersed with the roaring sounds of the many different engines and the squeal of the tires and brakes as they tackle the unbelievable track list. For everyone else, the tinkering and challenge might just not be a worthwhile investment.

Project CARS 2 was reviewed using a promotional code on Xbox One, provided by the publisher. Click here to learn more about Stevivor’s scoring scale.