Different yet not, Dishonored: Death of the Outsider is a standalone episode that follows in the footsteps of the successful Dishonored and Dishonored II. For what it lacks in depth, it makes up for with open world mayhem.

With five main missions, Death of the Outsider is a lean, mean machine. Playing as Billie Lurk, your ultimate goal is to aid mentor Daud and assassinate the mysterious, deadly Outsider. It complements the franchise’s major releases well, tying things together – and up – rather efficiently.

As is the formula of the franchise, Lurk is deposited in fairly large, open environments, tasked to steal, kill and maim. How you accomplish a goal is largely up to you. Unlike Dishonored and Dishonored II, the Chaos system isn’t in Death of the Outsider, meaning Lurk can kill as many people as she wishes without seeing changes to the world around her. While this makes it easier to accomplish tasks and progress through the title, it does mean it feels a little shallow. 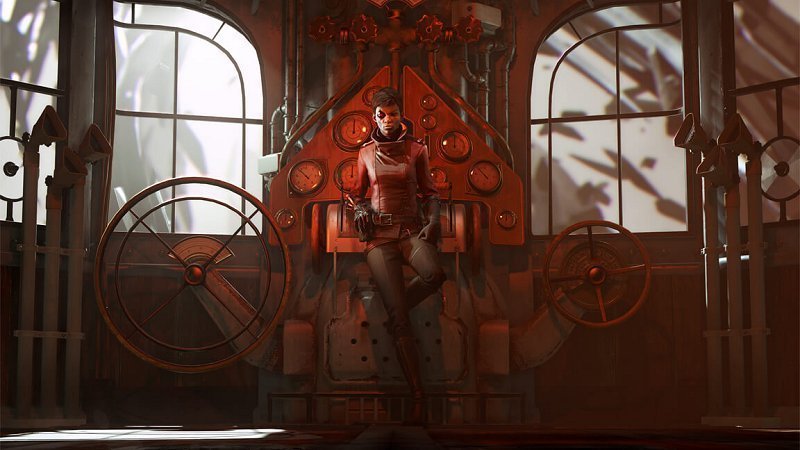 In place of the Chaos system as Contracts, challenges to take on and complete. One such mission required me to kill each and every guard in a level – and trust me, there were a lot of ‘em. I think some players will appreciate tasks of these type, but to me this just felt like unnecessary padding; a function designed to prolong play time.

In search of a magical MacGuffin, Lurk borrows from and Mortal Kombat’s Kane, fitting herself with a red-dot lazer eye and bonus bone arm. While she can command the powers of Dishonored 2’s Corvo and Emily thanks to an Original Game+ mode, the main portion of the game offers powers which are different, yet similar enough to be easily understood and used.

In place of Blink is Displace, a transportation tool that works in a similar fashion to Overwatch’s Sombra. One activation of the power will place a shadow-self in the world; a second activation will teleport you to that spot. It’s useful to move around an environment, but equally to create an emergency escape route should your infiltration attempt go awry. It has limited use in that latter fashion, however – you need to be fairly close and have line-of-sight to activate it.

Foresight replaces Dark Vision, freezing time and giving you a bird’s eye view of the environment. You’re able to mark enemies and take them out (or avoid them) after returning to your normal state. As a power, it’s easier to use compared to Dark Vision; the original power put a murky Arkham Asylum Detective Vision-filter on the world, making it hard to appreciate the effort Arkane put into its world. Foresight and Displace can be chained to extend the reach of a teleport too, though it’s sometimes tricky to pull off. 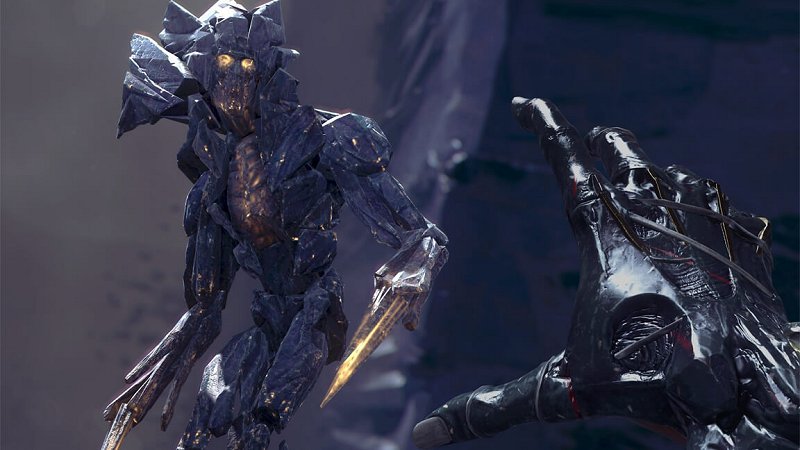 Finally, Semblance lets you knock out enemies and then magically take their appearance. While it’s a neat power in theory, it’s power-hungry and hard to use in practice. Frequently, I’d camouflage myself as an enemy only to run out of (what I thought of as) Polyjuice Potion amid a handful of other enemies. It’s hard to be stealthy when every step you take drains the ability that allows the luxury.

Death of the Outsider is polished, yet largely forgettable when compared to its previous iterations. While levels are detailed and lush, none compares to the Clockwork Mansion of Dishonored II. Most of the game’s missions aren’t actual assassin’s contracts, so they lack in depth compared to tasks of the original titles. Similarly, and apart from Daud, Lurk and The Outsider, there aren’t a lot of memorable characters about.

Despite a feeling of being watered-down, Dishonoured: Death of the Outsider is a DLC-length standalone title that provides a satisfying resolution to the franchise. Fans of the original iterations will appreciate the added content, and those who’ve been meaning to play past games can get a reasonably good idea of what the entire package can deliver.

Dishonored: Death of the Outsider was reviewed using a promotional code on Xbox One, as provided by the publisher. Click here to learn more about Stevivor’s scoring scale.