Home » Reviews » PlayStation Classic Review: Best left in the past

The PlayStation Classic is so similar to Nintendo’s NES and SNES Classic Minis that it comes with nearly all of the same flaws: a small selection of retro games output at a paltry 720p resolution, a power cable that doesn’t come with a proper adapter to plug into a power socket and controller cords that’ll barely make it to your coffee table, let alone your couch. Thankfully, the unit’s controllers are USB which means you can use extenders to fix that issue, though it’ll be at an additional cost; you’ll also have to dish out more cash for that power adapter if you can’t plug the PlayStation Classic into a spare TV port or something.

The PlayStation Classic comes with two controllers at the very least, though they’re modeled after the PlayStation’s original controller design and not the far superior DualShock one that continues to prove itself today (well, with an additional touchpad added in). The controllers are responsive enough, but an actual control stick (or two) makes all the difference; I felt this the most playing through Resident Evil: Director’s Cut and yearning for Resident Evil: Director’s Cut DualShock Ver. instead. 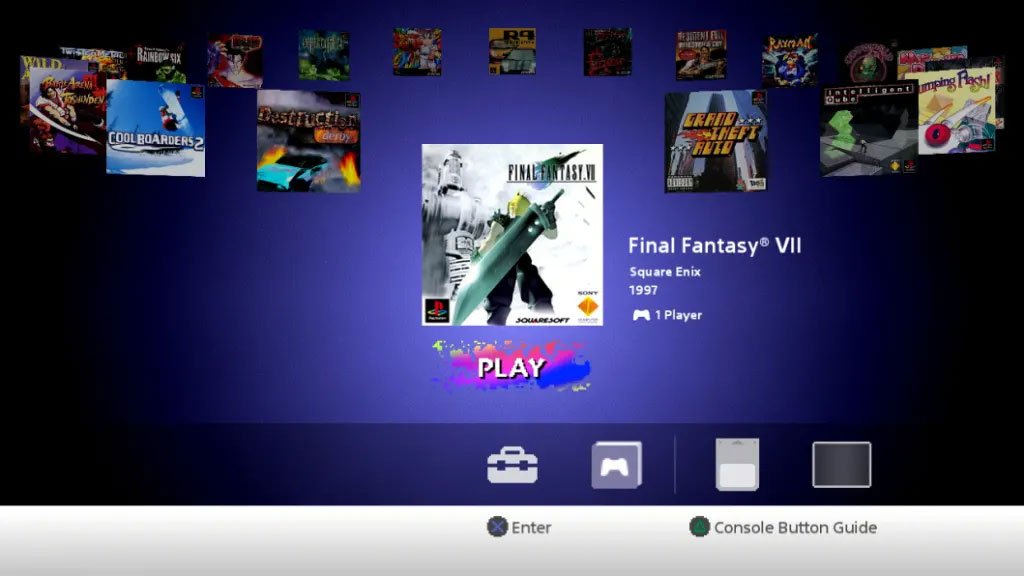 Honestly? I think I’d just prefer playing the old-school Resident Evil on my PC; I’m currently reliving Resident Evil 2 on PC via Dolphin and take great delight in benefiting from from HD texture packs and the ability to map movement to modern, Bluetooth-enabled controllers. The difference is night and day; nostalgia with crisp, 4K resolution and a far more comfortable controller beats a simple hit of nostalgia any day, no matter how cute of a package the PlayStation Classic actually is.

Admittedly, it’s damn cute — at 45% smaller than the original PlayStation itself, the Classic is smaller than the game cases PlayStation games used to come in. While its controllers are USB, they’ve got ends that make the entire unit look exactly as it did back in the day. While Memory Card ports are present, the Classic uses internal, virtualised ones to ensure you’ll be able to save when needed. There’s also an additional save point made by the Classic so you can jump in and out of a game without the need to actually save using the OS. It’s a nice touch.

Onto games themselves: they’re okay, but not epic. Because it’s not a polygonal, early 3D title, Rayman looks the best of the lot by far, though big name titles like Final Fantasy VII and Metal Gear Solid remain endearingly cute. Rainbow Six, Grand Theft Auto, Oddworld and Syphon Filter are also solid games. I maintain that Resident Evil is better serviced by the 2002 GameCube remake (though I wouldn’t have said no to Resident Evil 2 instead, especially ahead of January 2019’s remake) and while Twisted Metal is alright, I’m confused as to why Gran Turismo wasn’t included to represent a driving game. I also have zero idea why the Street Fighter franchise is being represented by Super Puzzle Fighter 2 Turbo instead of a proper, core game. Hell, you could have given me Capcom’s Dino Crisis instead of either and I would have been a happy camper.

You’re likely to be trying a bunch of the PlayStation Classic’s titles for the first time, but nonetheless, Sony’s saying it considers each title a “Classic.” It’s hard to ignore a lack of actual classics like Crash Bandicoot, Spyro the Dragon or Tomb Raider, but you can at least excuse those omissions because Sony doesn’t own those franchises. Sadly, it does control the likes of Parappa the Rapper and MediEvil so I’ll have to assume then that Sony would rather you save your cash for already-announced remasters.

Add to this the fact that a multitude of games on the PlayStation Classic are PAL- rather than NTSC-based and the package’s value continues to decrease. PAL games on an old, Aussie PAL CRT television were fine; in fact, they were made for each other. PAL games on a modern (potentially 4K) TV? Not great… especially when the PlayStation Classic outputs at a Wii-worthy 720p rather than 1080p.

Is the PlayStation Classic worth a purchase? No — not unless you’re a die-hard PlayStation fan who somehow doesn’t have an original, working PlayStation and these games already at hand. Otherwise, you’d be better saving your hard-earned for other game-related stuff this holiday season.