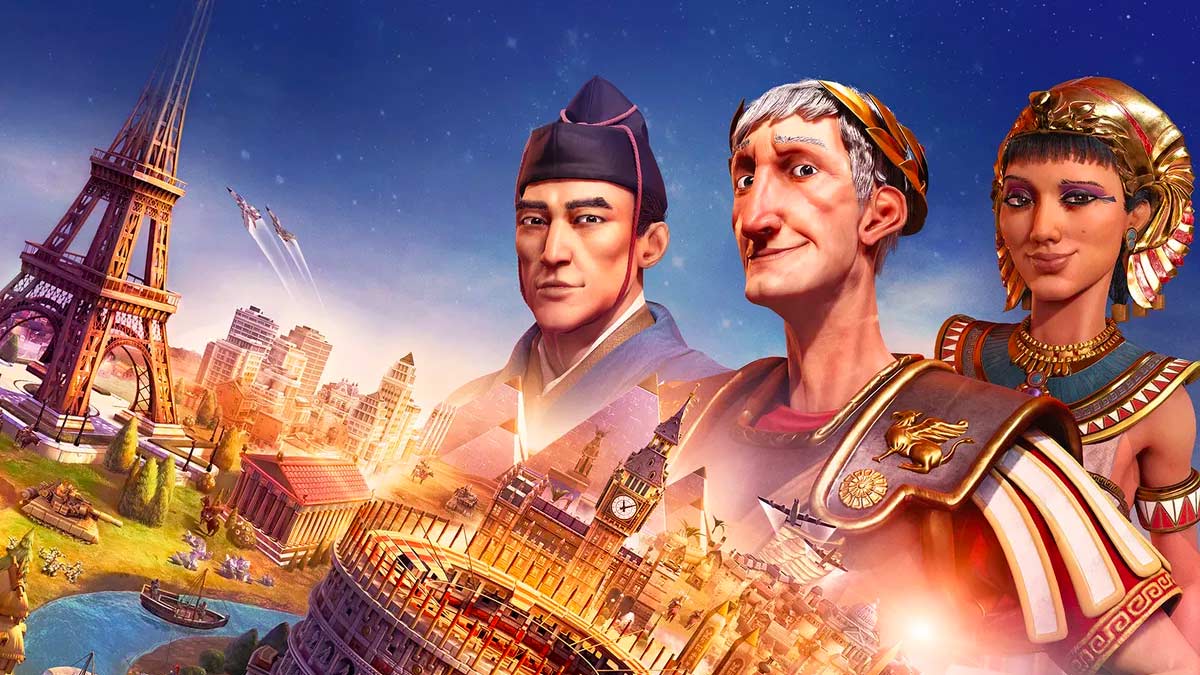 Switch finds its zone between PC and mobile.

Amongst the Switch’s deluge of ports that have propped up its first eighteen months, Sid Meier’s Civilization VI stands out from the crowd: it’s not an under-appreciated Wii U port, nor is it a well-loved but dated PlayStation or Xbox rehash. Civ 6 has made its console debut on Switch, and while it may raise a few eyebrows amongst the uninitiated, it’s the perfect fit. The HD handheld genuinely opens the world of Civilization VI to a new market that didn’t even contemplate the PC version, while providing an improved gameplay experience over the mobile variants. Our review of the original game still stands, so we’re specifically looking at how the Switch version runs. ou

Civilization VI has been dissected and debated rigorously since its 2016 launch, and while there’s no denying it was intentionally developed to be more mobile friendly than previous instalments, that’s not a bad thing. The iPad version is great, as is the iPhone release despite the small screen lacking space; but it’s the Switch version that suits me best as a middle ground between the complete PC setup and pocket-sized concessions.

The Switch’s 720p 6.2 inch screen is big enough to handle the action, for the most part, while I much prefer the sturdy controls of physical buttons. It also has the massive advantage of being able to be displayed on a big screen TV and controlled with the beefy Pro Controller, if you want to upsize everything.

It’s great to be able to switch between both options, and it certainly gives the vibe 2K and Firaxis are testing the waters for an Xbox One and PS4 release; using the docked Switch as a proof of concept that a controller holds its own replacing the preferred keyboard and mouse setup (although an Xbox version could retain the traditional controls). However, I still prefer Civilization VI as a handheld game, where the established touch controls are in play and allows easy access to both options. The controller works well, but the touchscreen is more intuitive.

As a port, Civ VI is faithful to what has come before it, minus this year’s Rise and Fall expansion, but the other DLC packs are available. I’m actually surprised at how well it runs. While there is some slowdown when things get hectic, for the most part it’s stable and the menus and commands are nippy and responsive. The tutorial stands out as a phone in that could have been improved. There are options for players new to Switch and new to the series, but considering Switch opens the door for the console market, “new to the series” should do a much better job of actually teaching players what to do. It assumed prior knowledge that they obviously won’t have.

The major omission is online multiplayer, which is a disappointing loss that’s not entirely on 2K and Firraxis. Considering Nintendo now expects an annual fee for online play, it should be stepping in to encourage more third parties to offer a full online experience, especially for a PC port that already has the functionality established. As as casual dip in and out Civilization player, the AI gives me a run for my money, and I can see the rationale behind it being more important for a handheld game. But for committed players — and let’s face it, you normally play Switch sitting on your couch at home connected to wifi — it’s a notable absence.

Civilization VI on Switch is our favourite way to play. It makes a great handheld game, while the options to jump between physical and touch controls, or to swap to a TV screen, improve the already great mobile experience. It’s also great to see a Switch port that isn’t skimmed from the Wii U’s greatest hits or a publisher’s ageing back catalogue; it’s something great console players are yet to experience, from a series that has been absent from home consoles since 2008.