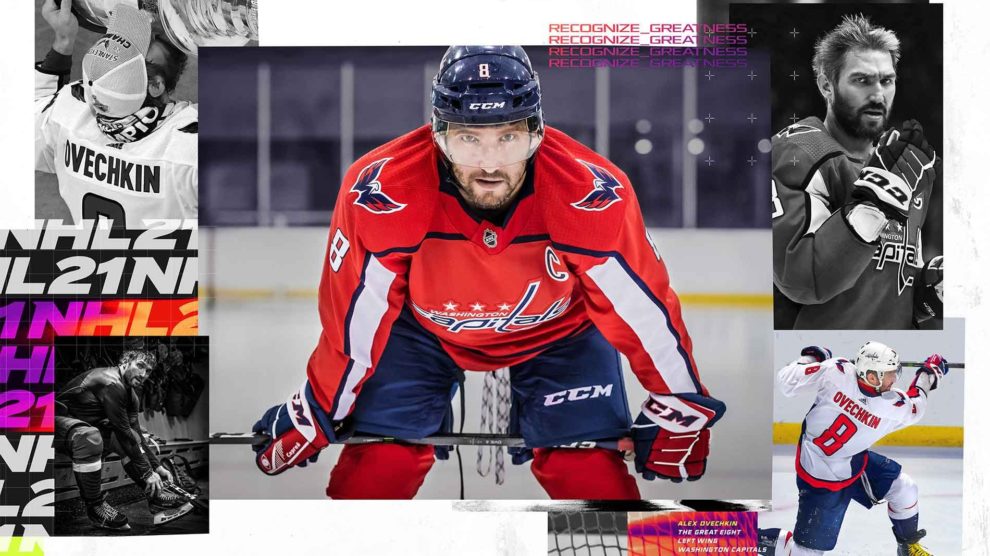 Let’s face it: every year, we come out with an annual review for a sports franchise and weigh up additions since the last. No matter the actual content of the game, it’s usually a case of buying it if you skipped it last year… or just buying it regardless because that’s what you do. While that’s largely the case with NHL 21, I’m left hoping most of you skipped good ol’ 20 (or at the very least are a die-hard hockey fan).

Without question, the largest addition to this year’s EA hockey title is the revamped Be a Pro mode. We’ve already detailed its key framework in a recent preview: largely narrative-based, you’ll play as a rookie and engage in conversations to boost your star status or become a team player. We enjoyed it in said hands-on, and we’ve continued to enjoy it in the retail release.

Related: NHL 21 Preview: Be The Rookie in its new Be a Pro narrative

After spending more time with the Be a Pro Career, I can safely say it’s the best thing to happen to the mode in the better part of a decade. The addition of in- and out-of-game challenges to spice up your regular gameplay is an absolute godsend, and even little things like simming through games is far more refined than ever before. I’m also pleased to note that I can play as a member of the (very beleagured) Detroit Red Wings and actually make a difference this year — unlike the last few — where my efforts always seemed to be undone by the virtual lines that played around me. A friendlier single-player hockey experience is a more enjoyable one. 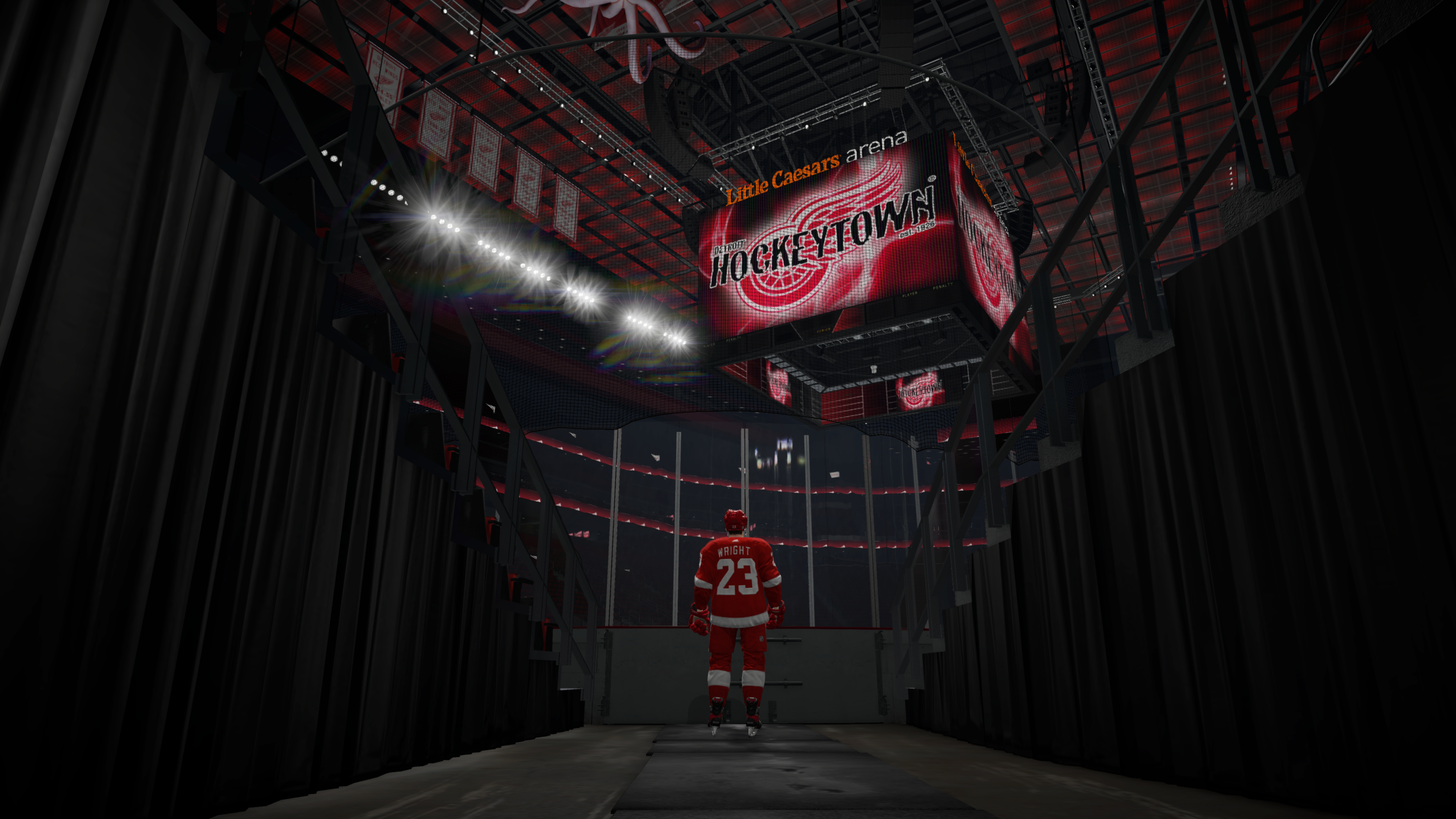 As we expected, you can fully customise your Be a Pro character and choose to take that skater into World of CHEL, EA’s hub for all things multiplayer. The level of customisation is insane, but largely tied to how your player moves. You can set skating and shot styles and even adjust the angle of your player’s spine. In contrast, there are hundreds of preset faces to use, but strangely, they all look the same and all rather goofy. The Uncanny Valley called and wants its creepiness back.

CHEL is largely the same, with a seeming emphasis on Ones and Threes Eliminator over the usual EASHL offerings; that could also be because less players are needed for those online affairs and our review testing was conducted in an early access trial window. This is the first year that I’ve had an NBN connection and attempted to play NHL online, and it was a far more pleasant experience considering most opponents would be situated in North America. My ping suffered as a result, but it was nonetheless better than the usual ‘skating through molasses’ gameplay I’m used to. As per usual, it’s still recommended that Aussies grab some local friends and band together if you’re interested in online play.

On the single-player side, Hockey Ultimate Team has bolstered offline offerings with HUT Rush, a card-based affair where you’re tasked to compete in challenges and score points with as much style as possible. The two HUT Rush challenges we played both involved Threes, though one was the more casual style of the mode and the other a more traditional, EASHL-ruled one. In all honesty, it’s a fresh coat of paint over a couple older modes, but at the very least it’ll provide some extra card packs for those wishing to enhance their traditional, multiplayer HUT experience (and resources) without microtransactions. 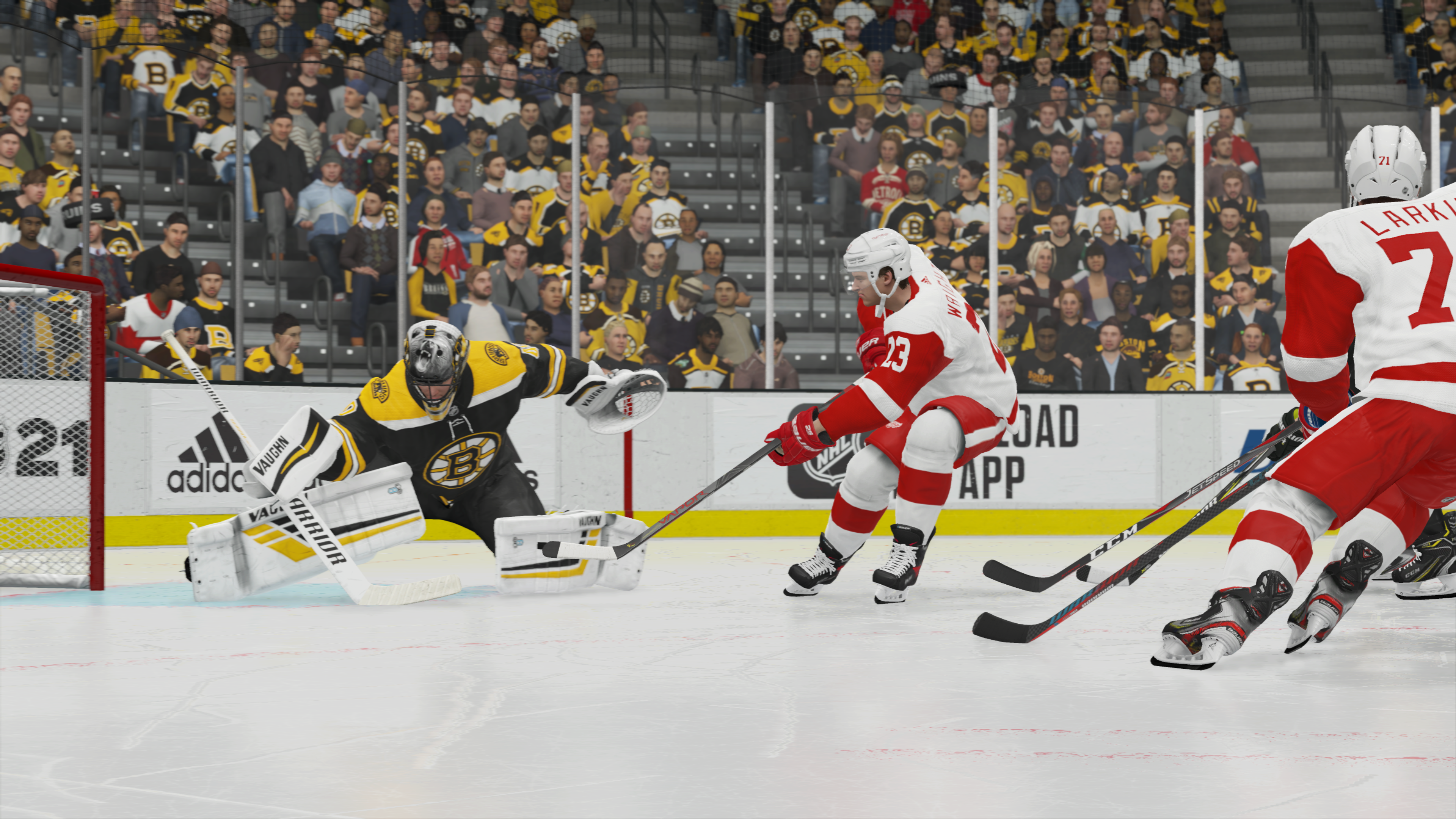 In terms of gameplay, EA Vancouver’s William Ho wasn’t lying when he told me that an emphasis was placed on AI this year. Opponents are aggressive on defense, properly angling you to the boards when you’re trying to make a offensive rush. Your teammates will also work to find space in your opponent’s end, with the other team working hard to try to actively reduce that. While it’s noticable — and impressive — for the most part, I still find issue with one-timers and perfect setups with AI in the slot. You get them the biscuit, they have all the time in the world to tuck it into a largely empty net… and they just hang there, practically waving at the goalie to get back into position. It’s astounding.

Sadly, Hockey Canada’s exceptional Training Camp tutorials hadn’t been updated with new dekes and moves like Svechnikov’s lacrosse shot, but I’ve been told by Ho that they’ll be available soon. For now, you can figure most of the new moves out via the Controls menu. I’m a huge fan of the bank passes and slip dekes — aka moves I can actually perform in real-life — as they’re useful to retain speed and blaze by defenders, and all without having to have exceptionally nimble fingers.

There’s no denying NHL 21 is a tight little package — in fact, it’s been years in the making (click that and thank me later) — but that’s because EA Vancouver is doing everything it can to refine a polished hockey game year-on-year. NHL 20 introduced or improved most of the items that feature inside this, so unless you’re super into single-player modes like Be a Pro, you could get away with buying it instead of this. If you’re into multiplayer, well, you have to upgrade; I don’t need to convince you. I’m ultimately rather pleased with NHL 21, but still have to throw some shade at EA for choosing not to support this on next-gen consoles in any way. Boo.

NHL 21 was reviewed using a promotional code on Xbox One X, as provided by the publisher. Click here to learn more about Stevivor’s scoring scale.