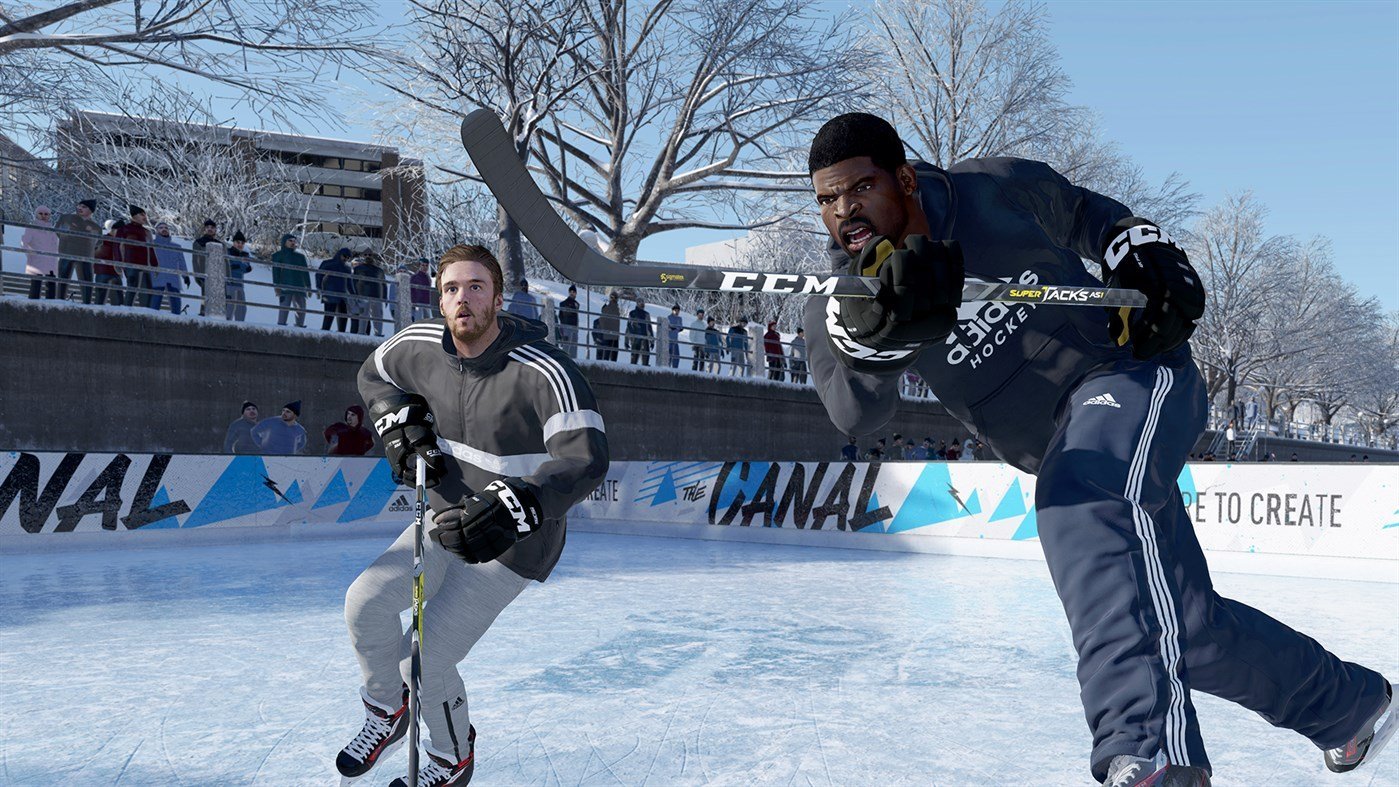 The World of a Chel is a good one to play in.

I’ve been reviewing EA’s NHL series yearly since 2010’s NHL 11 — and yes, you can still read each and every one if you’d like — and let me tell you that it’s been a real rollercoaster ride. NHL is clearly the black sheep of the EA Sports family, pulling in lesser players than the likes of FIFA and Madden NFL. What it lacks in sheer numbers, NHL more than makes up for with passion, and that’s why fans like me are disappointed when the franchise gets the short end of the stick. And by that, I mean zero support or funding.

This year, though, we don’t need to worry about any of that. For the first time in a long while, I really don’t mind that NHL 20 isn’t running on the Frostbite engine — ’cause how’s that been going for games of late? Instead, I find myself highly impressed by the range of quality of life improvements added in by the hardworking team over at EA Vancouver.

First, a new broadcast package is a welcome sight (and set of sounds); to say that the dulcet tones of NBC’s Eddie Olczyk and Doc Emerick were long past stale is an understatement. This year, Ray Ferraro gets promoted from sideline talent to the big show, joined by broadcaster James Cybulski. The pair work well together and you can really hear Cybulski’s enthusiasm and love for the sport as you play. This, coupled with NHL 20‘s new graphics packages for introductions, goals and replays makes for a winning system.

World of Chel, the online hub introduced to the franchise last year, has been injected with new life thanks to Eliminator modes and Chel Challenges. The former is the battle royale-inspired set of modes (that I admittedly bagged out when announced), available in both Ones and Threes flavours. In either, 81 real-life players will take part in a 1v1v1 or 3v3 single-elimination tournament with the goal of being the last person or team standing.

Eliminator is fun in principle, but the online nature of the event is also its ruin. Threes is already a nightmare; because you’re able to deliver big hits without the worry of a charging of interference call, skill is thrown out the window. I found that my team of three single players was constantly crushed by a team of coordinated players who simply delivered crushing hits to their opponents so they could then sail on over to the goal for some easy points. The same type of play is also possible in Ones; two players can decide to team up on another and really ruin their day (though that’s technically the point of Ones, so I’ll let it slide).

Chel Challenges are pretty neat and encourage players to leave their comfort zone for the World of Chel’s various game modes. The current challenge offers an awesome-looking NHL 94 retro jersey that can only be obtained by completing all the Chel Challenges associated with it, ranging from goals in EASHL to hits in Threes and other actions within Ones and Pro-Am. As with last year, your efforts earn you XP that is used to unlock customisation items from lootbox-like hockey bags. I’m not crazy about the affair — and we haven’t even gotten to HUT yet — but honestly, you’ll be used to these if you’ve ever played an EA Sports title.

HUT itself has been tweaked to offer Squad Battles, which in turn can lead in some big reward cards (though Yzerman rated at 88? Are you high, EA?). Excluding that addition, obviously, the rest of HUT and long-standing modes like Be A Pro and Be A GM remain largely unchanged. Like in NHL 19, I feel like game speed has been quickened so things feel more arcade-like than realistic at times.

Again, as with last year, opponent AI seems to make defenders expert poke checkers, effortlessly knocking your stick off the puck even with sliders turned down as low as possible. Penalties have been balanced a tad more than last year’s offering, though you still might want to adjust sliders so you’re not always waiting for players to be taken to the sin bin.

I’m elated that EA has made Ones available in an offline format called Ones Now, letting you play with AI opponents on real-life friends on the couch, something that wasn’t possible in NHL 19. Like in Threes before it, playing through Ones will also give you the opportunity to unlock new rinks to play upon, including The Canal, shown above.

NHL 20 is a decided improvement over NHL 18 and a step up from NHL 19, though you’d also be forgiven if you skipped out for a year. The usual gripes remain — the Achievements list is the same as last year again, which was the same as the year before and the year before that — and on-ice coaching remains unhelpfully black and white. Though I ragged on NHL 19 for taking some emphasis away from the actual NHL action, I welcome it this year — these polished additions are a welcome companion to the big game. If you don’t want to muck about in a backyard rink, Ray and James are waiting for you at the stadium.

NHL 20 is available now on Xbox One and PS4.

NHL 20 was reviewed using a promotional code on Xbox One, as provided by the publisher. Click here to learn more about Stevivor’s scoring scale.