Stevivor
Home Reviews MXGP 2019 Review: Once more round the track 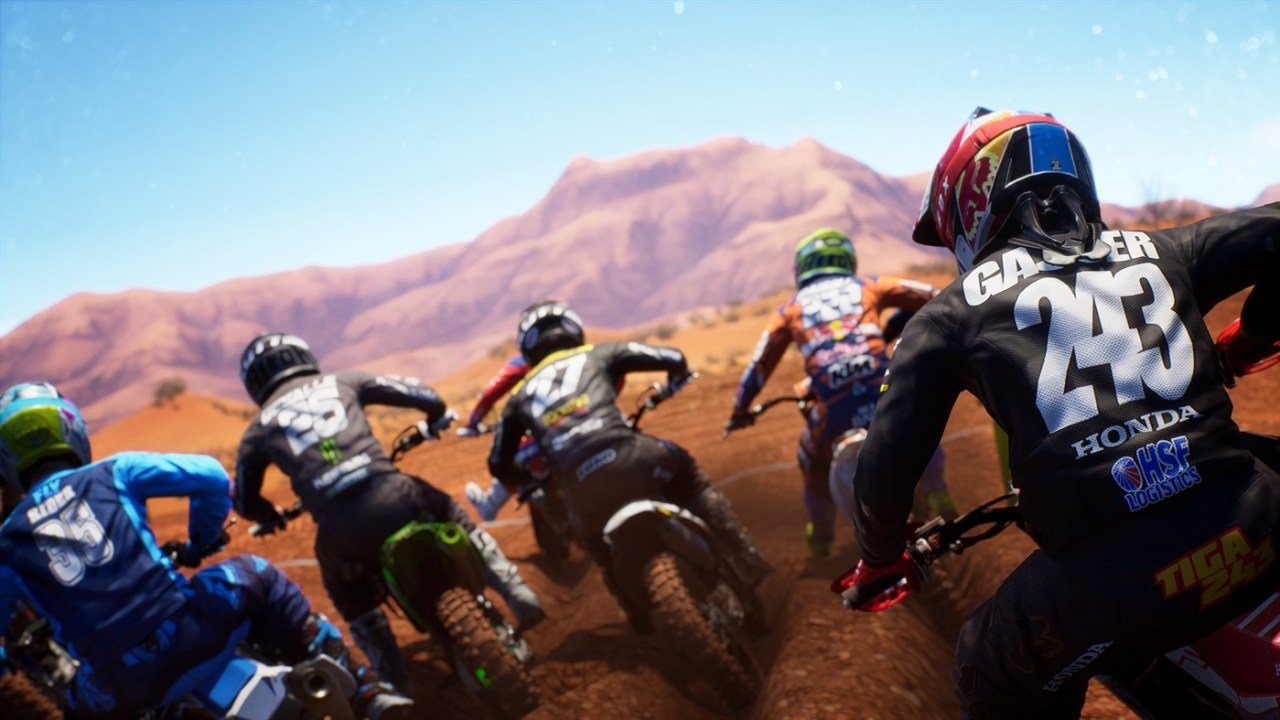 MXGP 2019 Review: Once more round the track

Good, but not great.

MXGP 2019 is available now, much to the delight of my 10-year-old nephew Finn. While I’ve dabbled with entries in the MXGP and Monster Supercross series, that kid plays through the titles almost as much as he does Fortnite. Almost.

As I’m in Canada right now, I thought it a good opportunity to ‘collab’ with the kid and deliver our thoughts on Milestones latest in the MXGP series, MXGP 2019. As preparation, I’ve dug into my Xbox Game Pass library (at Finn’s recommendation) to try out MXGP3, also dabbling with last year’s MXGP Pro to get reacquainted with the official game of the FIM Motocross World Championship.

I know it’s hard to believe with yearly releases like NHL, FIFA and MXGP, but year-on-year, not a lot changes. MXGP itself seems to have moved into a yearly release, even though MXGP 2019 shares more in common with MXGP3 than last year’s MXGP Pro. Last year, the Pro in the title was the keyword, taking the ‘realistic’ physics of MXGP3 and leaning (hard!) into them. Whereas Pro is a fairly sturdy biking simulator, MXGP 2019 is less so, perhaps in an attempt by Milestone to make the franchise more accessible.

That’s not to say MXGP 2019 is a walk in the park; with realistic options turned on, players will have to get used to front and rear brakes and weight management as they fly around the game’s multitude of muddy tracks. Weather can be manually changed if mud’s not your think, drying out the tracks and — again — making the experience a little easier for those not accustomed to things. On the topic of mud, it’s initally neat that you’ll find mud splatters hit your visor as you race, but that quickly disappates when you realise it’s almost pre-programmed; the same mud splatters appear in the same areas, consistently. There’s no chance to be had there.

In addition to standard racing fare, MXGP 2019 sees the addition of a track editor (thanks, Monster Supercross) and Playground, an open-world-like option that really isn’t. The latter mode is trying to be something akin to the sensation experienced playing the likes of Forza Horizon, though MXGP 2019 fakes it — and rather poorly — by strining sections together to make you think you have more choice than actually available. Despite this setback, it is a good way to get to know your bike.

Another featured borrowed from Forza is the ability to rewind in a race; at this stage, I’d question why any racer doesn’t allow this. Rewind’s not only useful to correct a mistake made in a race that’ll save you the time involved in completely restarting, but can also be used as a trainer, helping the player understand just how to manage weight or take a line in a troublesome area. If at first you don’t succeed, try, try again.

The real question, though, is if I’d recommend the purchase of MXGP 2019 over the free (if subscribed, of course) MXGP3 on Xbox Game Pass. Despite the changes detailed above, the answer, sadly, is no. Graphics have been given a bit of a boost and the rewind feature is a massive help, but ultimately, most gameplay remains the same. While UI’s been given a bit of a facelift as well, in-game presentations and the like are same ol’.

It’s hard to settle upon an audience for MXGP 2019, especially on Xbox One — MXGP3 will work just fine for casual players, and those looking for a hardcore experience are better serviced with MXGP Pro instead. With the variations in naming conventions in the franchise, I’d recommend Milestone marry the two steams — casual (or more casual) and professional — to present a killer app that could someday carry the same weight as a yearly FIFA or Madden. Otherwise, Milestone will need to go back to the drawing board to truly differenciate the streams like Forza has done with Motorsport and Horizon.

MXGP 2019 was reviewed using a promotional code on Xbox One S, as provided by the publisher. Click here to learn more about Stevivor’s scoring scale.