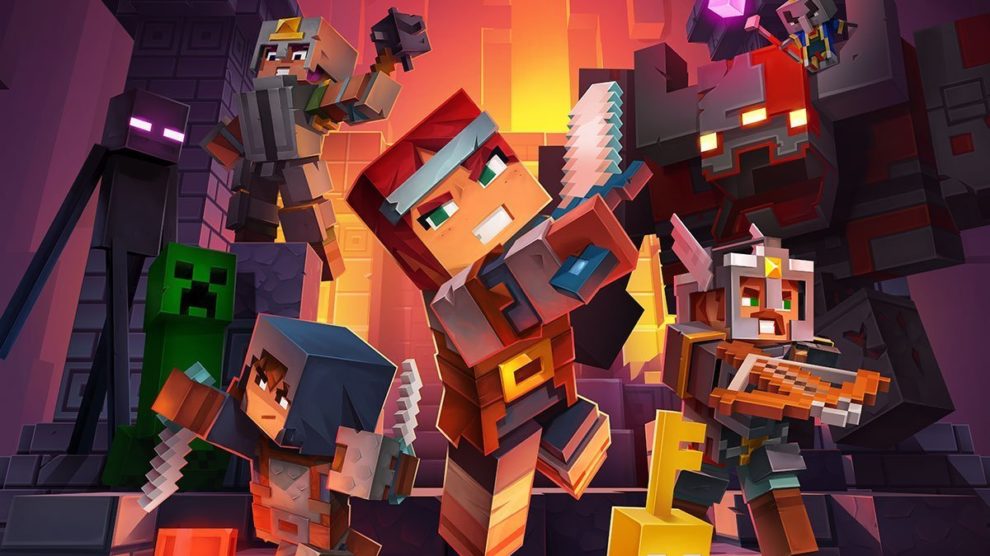 I’m too old to get the appeal of Minecraft proper, even though my young nephew tried to get me across it before he himself abandoned the property for Fortnite. Dungeon crawlers like Diablo aren’t exactly my cup of tea either, so I wasn’t sure that Minecraft Dungeons would be for me. In the short time I’ve had with Mojang’s latest — and I’m talking mere days here — I’ve found it certainly holds its own, good enough to capture the attention spans of a small group of friends in the time of COVID-19. Whether or not we’ll keep coming back to it, though, is another story.

Dungeons is a relatively small affair, offering ten or so dungeons across a multitude of difficulties. First, there are three overarching difficulty levels, locked behind a completion of each and every level before you can increase the challenge. With each of those three levels, however, are six sub-difficulties that will make enemies harder to beat at the same time increasing rewards. You can move between the six difficulties when starting a mission, with each showing a recommended level at the same time it shows the loot you could possibly earn.

From there, it’s up to you to decide if you’d like to go it alone or join up to three friends for some co-op action. Though Microsoft is keen to release first-party titles on both Xbox One and Windows PC and usually has cross-play and cross-progression alongside that, Dungeons is rather broken — you can only play multiplayer with those on the platform you’re playing on, and if you decide to go local multiplayer, you’re then locked out of online matchmaking. 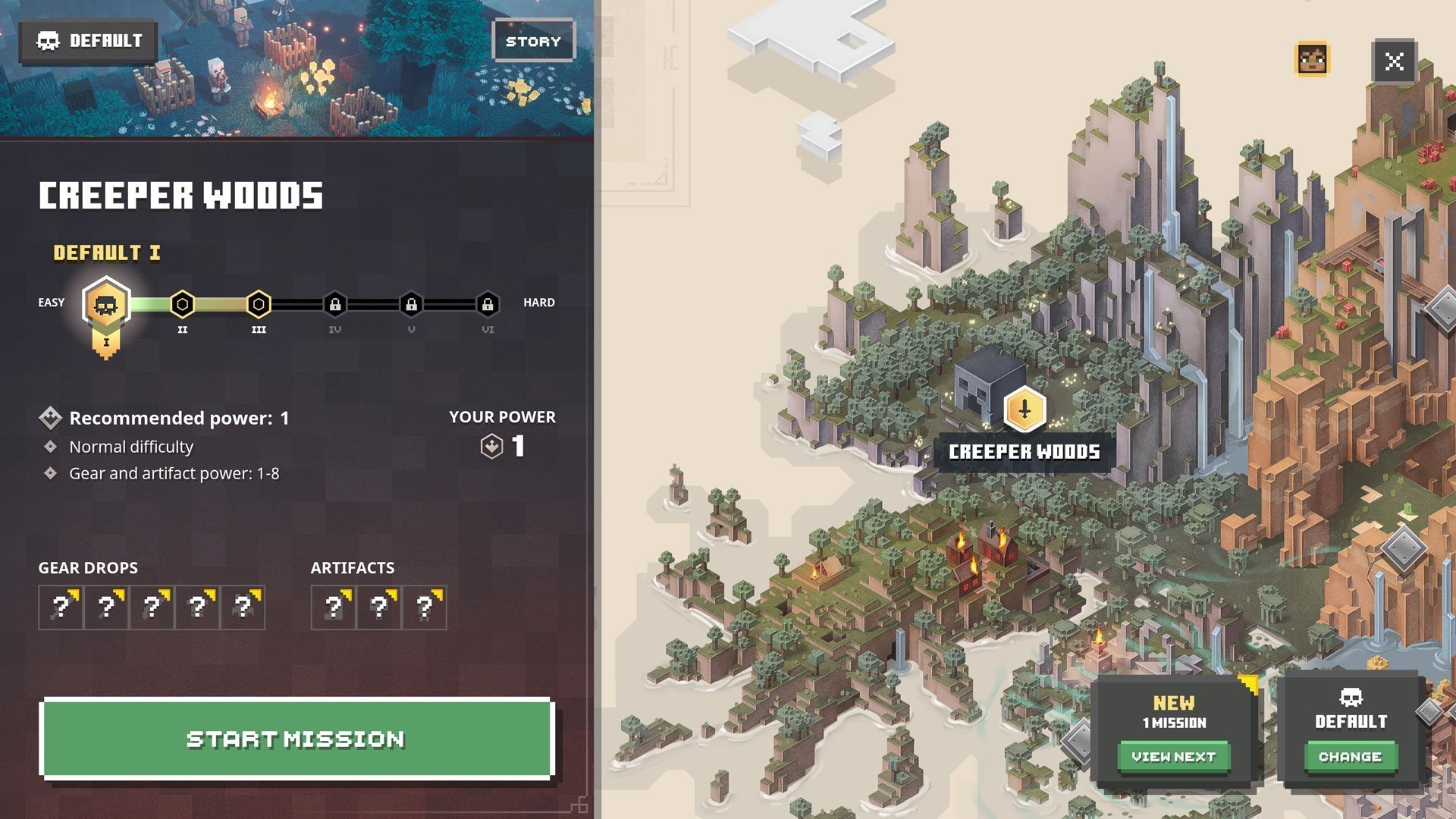 In the two days I’ve had with Dungeons, I’ve played on both Windows PC (solo play) and Xbox One (co-op play). I started on PC and later found my progress had reset when Xbox One availability was enabled. I’m not sure if that was because of a bug, coincidence, or just the current state of play — because of that disconnect between Xbox and PC, I think I was never intended to save a shared character between the platforms.

That’s a massive problem. It’s wholly counterintuitive to the way Xbox has embraced PC play of late, and I’ll admit that I’m rather upset that I can’t bounce between PC and Xbox, levelling up my one character as I go. Microsoft and Mojang have promised cross-play between Windows PC, Xbox One, PS4 and Switch, so I assume this will be corrected in the future. That said, it’s still quite annoying to be asked for my Xbox Live credentials on PC only to find it’s a wholly separate ecosystem to my Xbox One experience.

The current scenario means you need to pick one single platform and stick to it, and if you have friends playing on something else, you can’t play with them. Minecraft Dungeons has been delayed already, and frankly, I’m amazed Microsoft wouldn’t have continued to delay the title until cross-play was ready to go. 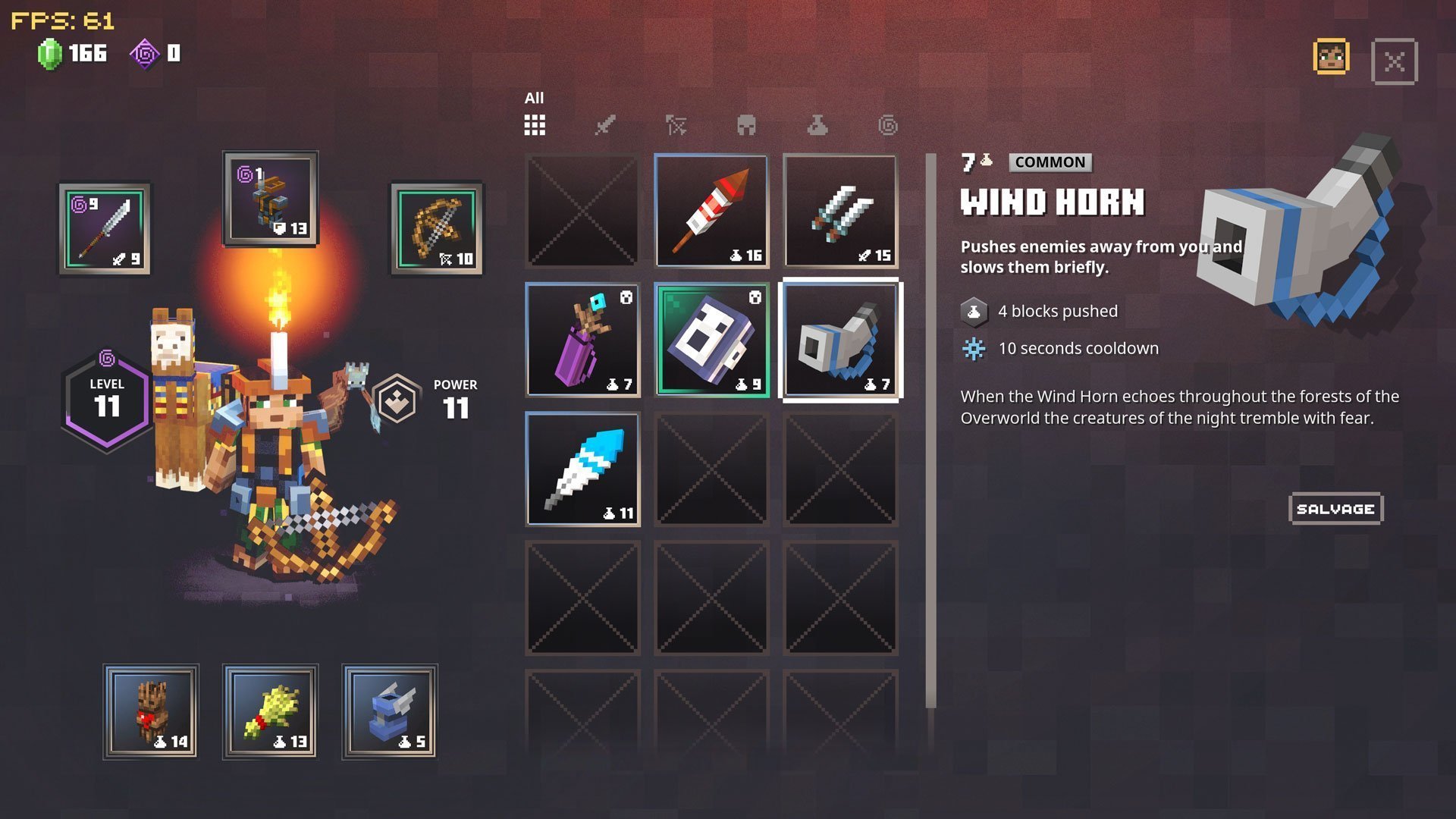 All that aside, the game’s pretty simple. You’ve a single button for your close-quarters attack, another for a ranged bow, and three special abilities powered by artefacts you find on your journey. All artefacts have a cooldown upon use, and some are powered by the souls of enemies you best. Pair all that will a roll and a gear and artefact system that allows for upgrades that allow for health, area of effect and other bonuses and there you go.

The enchantments you place upon your weapons and gear are all passive, so you can play with a smaller child and set them up to go with little fuss. If you can hit it with a sword, you can automatically apply a poison cloud or fire buff on attack. If you get a piece of armour that caters to it, you can get a shock attack on combat roll. That’s really the point of Dungeons, I think — it looks like it’s for kids and if you stick to lower difficulties, it really is.

We tried co-op as a team of three last night, cranking up the difficulty to find it really came down to the level of your characters; stick to guidelines and you’ll be right, head more than one level above where you should be and the numbers will ultimately get you. There are tons of different bad guys to kill, but they really come down to ones that you can harm with your sword, and ranged guys that are best to get with your bow. Enemy numbers scale with the members in your party too. The benefit of playing with friends is that you have three shared lives; get downed in solo play and you snuff one of those immediately. Play with friends and you can revive one another (within 30 seconds) without penalty… but be careful you don’t get trapped in a revive animation or else goodbye life. 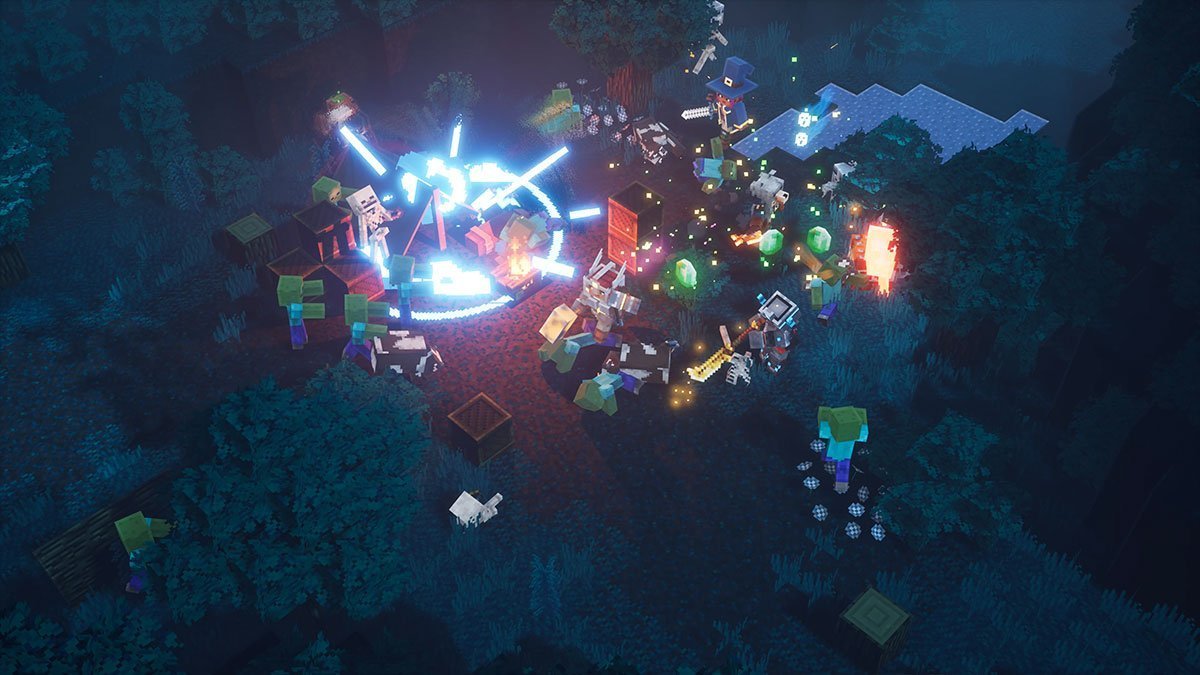 In the end Minecraft Dungeons is competent, fun in spurts, but not amazing. I had more fun in the Xbox Live Party just catching up with friends mindlessly shooting the shit than I did actually playing. By that point, we’d decided to put the difficulty to recommended levels and were breezing through things, grabbing new gear and levelling up as we went. We basically decided we’d keep playing through the three major difficulties, but really because it seems like some easy gamerscore rather than an activity we’re invested in.

But hey, I don’t like Minecraft and I’m not a huge fan of dungeon crawlers. Maybe you are, and maybe you’ll get far more out of Minecraft Dungeons than I am. This title has the benefit of being free to those with an Xbox Game Pass subscription — and we know there are a lot of you out there — so take it for a no-consequence whirl if you’ve got the chance.

Minecraft Dungeons was reviewed using a promotional code on Windows PC and Xbox One, as provided by the publisher. Click here to learn more about Stevivor’s scoring scale.