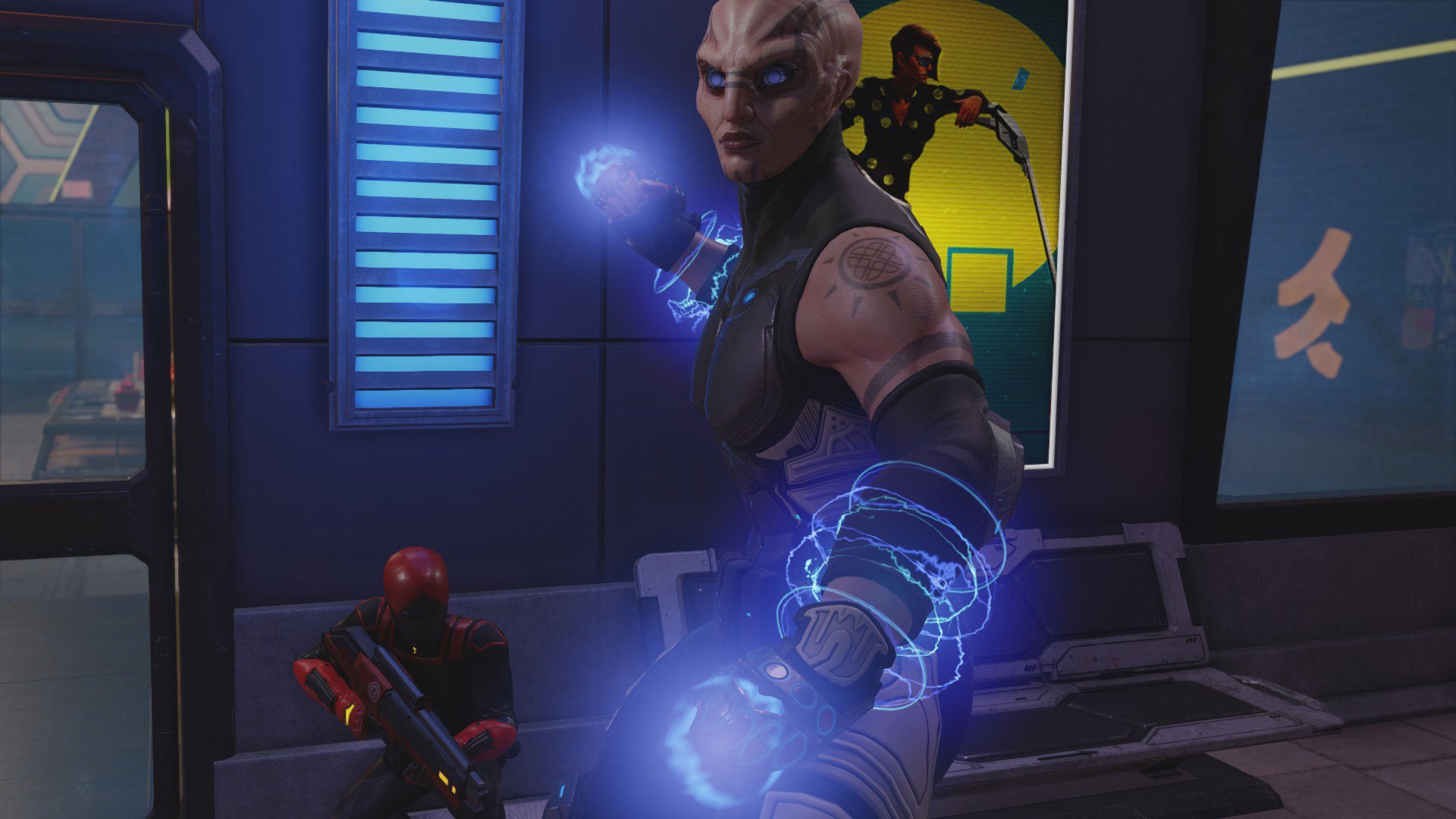 A budget-priced RTS that packs a punch.

XCOM Chimera Squad is a bit of a surprise, announced this month and available ahead of what I described as “Gears of XCOM”: Gears Tactics. While Microsoft’s upcoming offering is a big budget, AAA affair (though admittedly free to those with Xbox Game Pass), Chimera Squad is looking to satisfy your RTS itch for a low, low (sale) price of just $14.98 AUD. The result is a polished, competent game that, at times, looks like it was made for a song.

Set five years after the events of XCOM 2, the future’s a strange place. Humans and aliens coexist as best as they can, though there are factions within the world that don’t appreciate those newly-formed alliances. As the titular Chimera Squad, you’re assigned to City 31 – a metropolis that resists XCOM support – ordered to keep the peace and investigate a murder that’s taken place right under your nose.

Chimera Squad is all about management and strategy, starting with the initial squad at your disposal and continuing on into a world map and the actual missions contained within. As part of the murder investigation, you’ll be asked to look into three main warring factions though the order in which you do that is also up to you. Each faction has a different set of enemy troops and playstyles, meaning you’ll have to adapt accordingly. As your team grows, so do the tools at your disposal; while the 11 agents that can be recruited may use the same shotguns or whatnot, their unique skills are what set them apart.

To this degree, those skills make the human agents forgettable and ignorable. From the charged electric shield of Cherub, the mindflaying powers of Verge, the tongue-and-bind combo available to the Viper Torque or the powerful melee attacks of the Australian-accented Zephyr (shown at the top of this page), the humans truly pale in comparison. Couple these powers and personalities with the fact that we don’t get to play as aliens all that often within XCOM and you’d be a fool to play Chimera Squad otherwise (there’s even an Achievement in it for you!).

While missions themselves are XCOM all the way – positioning yourself, deciding when to take a shot or when to use an ability – Chimera Squad attempts to mix it up with Breach mode. At its best, the mode lets you decide how and where to split up your squad of four in a mission; sometimes, that means 2 groups of 2, with one getting a buff to damage and the other, a nerf to mobility. At other times, you can split your team into four, each taking a different vantage point and the pros and cons attached. At its worst, you randomly have to assign your team of four to the sole point at the start of a stretch of highway, wondering how that’s considered a breach at all. When it works, it works… and when it doesn’t, it’s just a way to get into the next mission – or sub-mission – to continue on.

Outside of mission management, you’ll need to balance currencies like Elerium, Intel and Credits in order to manage the world map and reduce anarchy and unrest within City 31. On top of this, you’ll have tasks within Assembly, Spec Ops and Training to remove scars of failure and upskill your agents and setup. There’s a lot to be across, and I’ll admit it took me a while to get the hang of it – I didn’t realise the world map had skills I could use to alleviate some of the damage the factions were causing until about halfway through.

Animations are sometimes wonky and melee characters good and bad tend to have a nasty habit of randomly floating above the action. Breach animations are perhaps the most Mickey Mouse of all, but honestly, that’s all forgotten as missions get underway. This slight dip in quality is also balanced by excellent voice acting and witty and engaging dialogue between the Chimera Squad agents themselves in an out of missions.

While XCOM Chimera Squad may look a bit funny at times — and the game itself tends to crash every 45 minutes or so — it’s hard to fault it as an RTS available for less than $15 AUD. Besides, generous auto-saves mean you’re not out of the action for too long even when you have to boot it back up… or if you want to throw your PC out the window because of the last faction battle fight. Fans of XCOM will love it if not for its look into the world post-XCOM 2, then for the new characters and abilities at your disposal.

XCOM Chimera Squad was reviewed using a promotional code on Windows PC via Steam, as provided by the publisher. Click here to learn more about Stevivor’s scoring scale.