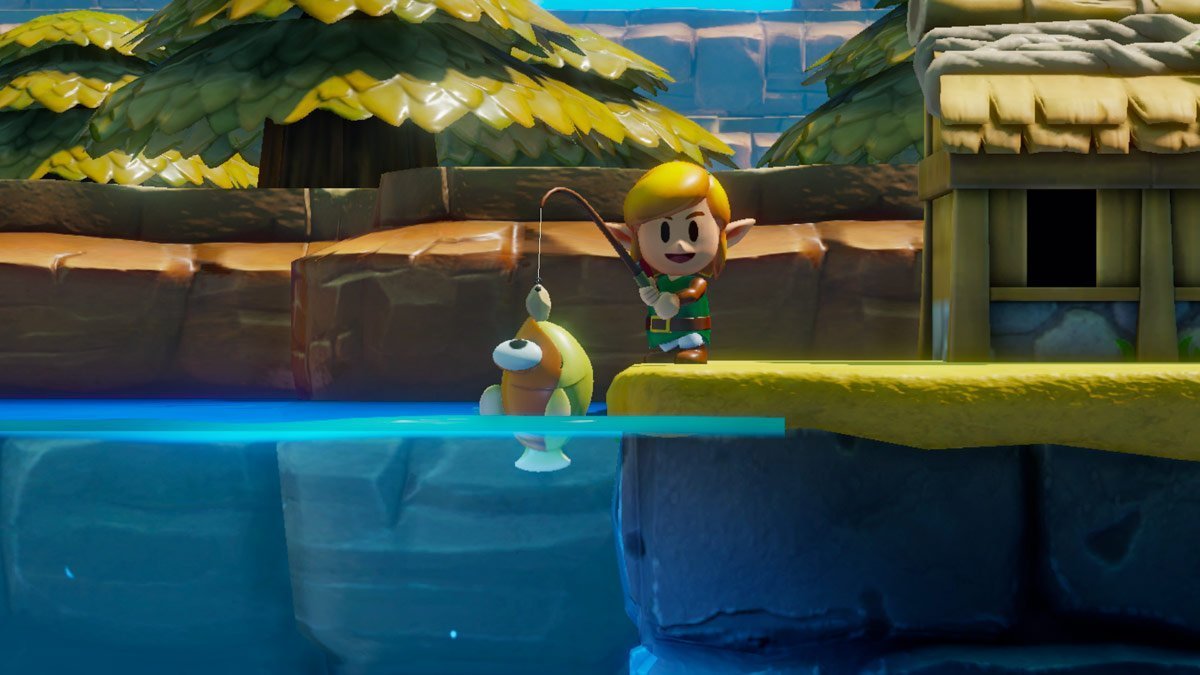 It’s a good thing Nintendo slotted The Legend of Zelda: Link’s Awakening into its 2019 line-up. Had it been slated for 2018, it’s exactly the type of game that would have been relegated to the 3DS, where it would have been done a massive disservice. Although, perhaps would have been saved by Nintendo’s desire to release an annual Zelda game on Switch. The 3DS played host to several remakes and reruns during its final year, but Link’s Awakening is being giving a third lease on life in 2019 and deserves nothing less than a full HD refresh.

Despite being Stevivor’s resident The Legend of Zelda devotee, I never played the original Game Boy Link’s Awakening or the enhanced Game Boy Color re-release in 1998. I have a hunch many Zelda enthusiasts of my age find themselves in a similar situation, so it’s a very astute choice for a remake — that many of the series’ biggest fans will play for the first time — while we wait for the Breath of the Wild sequel.

I played 20 minutes at E3 2019 very early in the game, immediately after acquiring Link’s shield and sword, and the first thing that struck me was this feels like a handheld game. “Of course it does, you blithering idiot!” After all, it’s a Game Boy game with modern controls and delightfully updated art. But it’s an important step in the evolution of the Switch now the 3DS has entered retirement.

It’s validation that despite its console status, Nintendo will continue to release the handheld variants of its biggest franchises on Switch, alongside their grandeur console incarnations. The Zelda games were always distinct entities across consoles and handhelds, aside from the outlying Nintendo 64 remasters. With Link’s Awakening following Breath of the Wild on Switch, Nintendo’s worlds have well and truly collided.

Link’s Awakening is an adorable game. Link’s red face when he overexerts himself and bemused eyes take a much lighter approach in contrast to the dark turn teased in the return to Breath of the Wild. Nintendo has fully embraced a toys-to-life aesthetic, which marries perfectly with the tone of the game. Compared to its source material, it’s brimming with colour and detail, but it’s actually a very simplistic style that looks as if it’s trying to sell a full set of amiibo (the new Link amiibo does look amazing). The tree tops glisten with a plastic sheen straight out of your childhood toy box, and while he’s not as exaggerated as the cel-shaded Toon Link, he’s just as animated in his expression.

The simplicity, compared to our last foray into the Zelda series, extends to gameplay, anchored by a tilt shift camera that primarily recaptures the top-down vantage point; rather than being locked to a bird’s eye, it’s like you’re peering into Link’s story. Movement is modern, but still retains a sense that this world was meant to be explored in four directions with a D-pad.

Combat feels great, while remaining true to the original game. You caught me! I haven’t actually played it, but it feels like a Game Boy game made for a modern system. The extra buttons definitely help. Link’s sword is always at the ready, and his manually operated shield is mapped to RZ; no Z-targeting here. That leaves a second inventory slot open, and I struggle to recall playing Zelda games and having to give up Link’s shield to use another item. Kids these days don’t know how good they have it.

We didn’t get to see many of the puzzles in such a short session, but our helpful Nintendo assistant assured us they are all faithful to the original game. If you can cast your memory back to 1993, well done you, the solutions should be the same. The E3 demo spent most of our time pushing through a forest. A lot of this area is gated off by heavy rocks and perilous pits, which are a clear indiction Link is meant to return better equipped in time.

After Breath of the Wild snubbed the playbook, I really enjoyed being back within the familiar Zelda formula. Link’s Awakening is famous for its departure from Hyrule, as Link finds himself stranded on Koholint Island, and not featuring the titular Princess Zelda; yet it carries a reassuring sense of familiarity. I’m ready to return to the dungeons, fairly linear progression, and sword and shield combat. Plus, I think it’s time to add another amiibo to my collection.

The Legend of Zelda: Link’s Awakening heads to Nintendo Switch on 20 September 2019.