Massively Multiplayer Online Role-Playing Game. That’s what MMORPG stands for. Back in the day, it meant a game involving hundreds, even thousands of players all in the same place at the same time, all doing their own thing. Living worlds populated not by NPCs of varying complexity, but by other players.

Nowadays, we just call them MMOs. We’re time poor, right? RPG is three entire letters, three syllables worth of seconds you’ll never get back. But the essence of the idea remains — these games are Massive, they’re Multiplayer, and they’re Online.

The Elder Scrolls Online is one such game, an MMO. Right there in the name is the O part of our favourite initialism — there’s no question that TESO (pronounced TEE-SO, and nobody will ever correct me on this) is an online experience.

The other half of that name — The Elder Scrolls — implies a sense of majesty that very few video game franchises can hope to compete with. Some of the most massive games of all time have come from the Elder Scrolls franchise, with players racking up thousands of hours in the world of Tamriel even before TESO existed thanks to the likes of Skyrim, Morrowind and Oblivion.

But that middle M, Multiplayer… Look, don’t get me wrong, TESO is a multiplayer game. There’s absolutely no question about it. Even roaming around the largely empty (because of restricted access) preview server meant seeing other players out there, completing quests and living their best Tamriel lives. 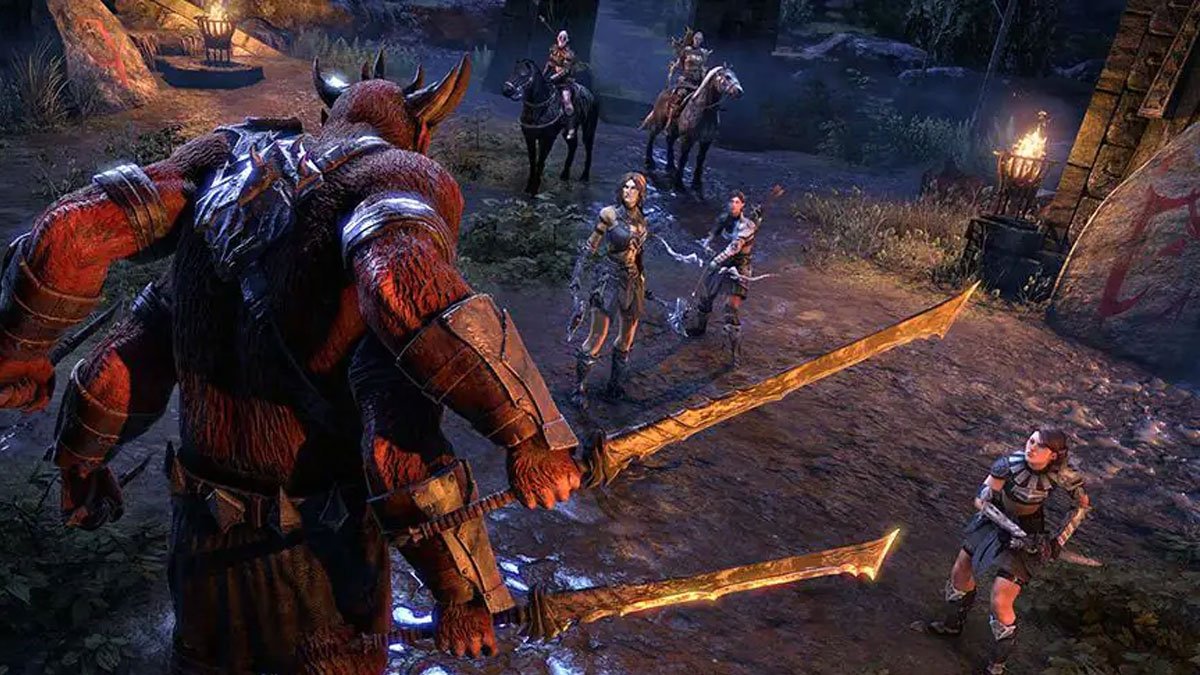 One of the things that first captured my attention with TESO was its zone events. Dragons fly around Elsweyr, scorching the earth and wreaking havoc, and when they land hundreds of players will come together to destroy them. In Greymoor you needed everyone to stop the Harrowstorms. Its latest chapter, Blackwood, TESO will see players working in unison to shutdown Oblivion gates — before going through them to the Planes of Oblivion themselves.

Heading to The Deadlands will see players learn far more about the world ruled by Mehrunes Dagon — the big bad of this year’s chapter — than if they opted out, which makes it must-play content for anyone interested in the story.

But that brings us back to that middle M. Because in my opinion, the best way to experience most of The Elder Scrolls Online‘s wonderful storytelling is alone. In single-player. Sure you need other people for some of the content — especially the 12 player Trials or the four player Dungeons, or the aforementioned zone events. But if you just want to roam around one of the lore-richest games ever made on your own, you can — and in my opinion should — do that.

Blackwood is making playing TESO that way easier and better than ever. 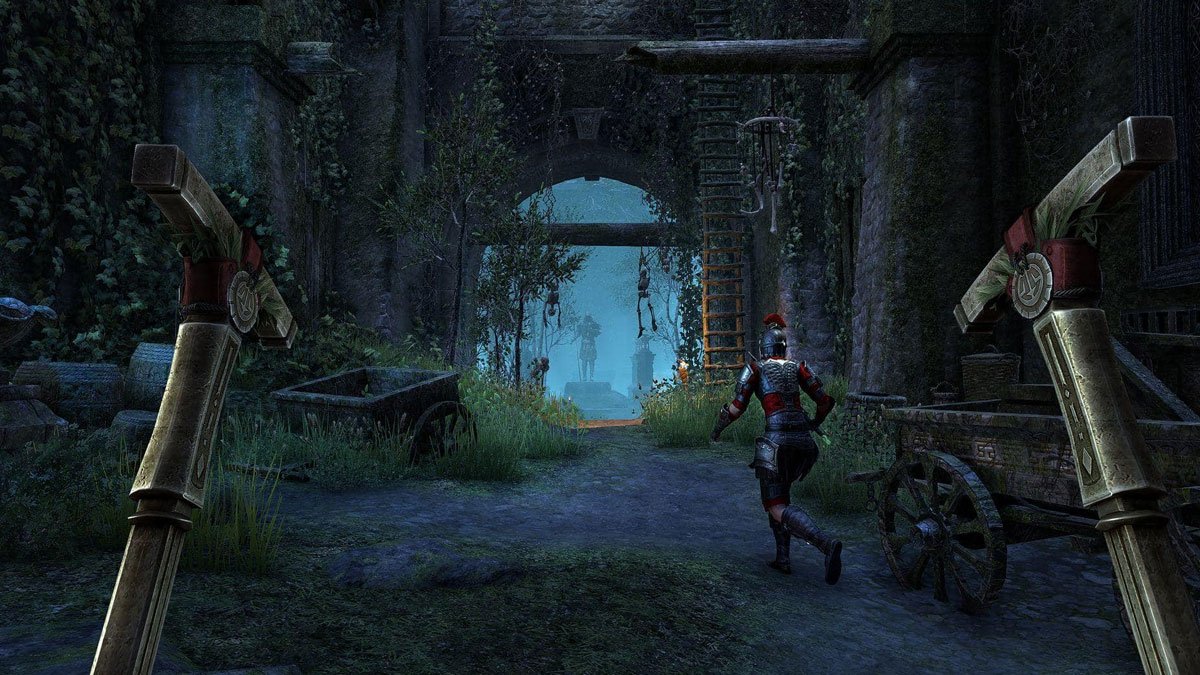 Each new chapter brings something big to the world of The Elder Scrolls Online, and Blackwood‘s bringing a doozy. Companions are the newest addition to TESO, an AI NPC who will join you on your adventures through Tamriel.

Think Followers from Skyrim — a person who will accompany you around the world to help you out — but a little more robust. You’re able to spec them out however you think will benefit you most — they can be a healer when you’re short one, or a tank when you want to stand back and fire. You gear them up, you spec them out and you travel from place to place with them.

There are two, to begin with. Bastian is the goody-two-shoes knight-in-shining-armour type, the sort who would turn you in for jaywalking. Mirri is his direct opposite — the sort who’d jaywalk over your corpse so she could pickpocket a guy like Bastian.

But as it is in all of TESO, it’s never as black-and-white as all of that. Both characters have deep personal stories that you uncover as you unlock them as companions, with twists and turns and tragedies and triumphs that flesh them out into three-dimensional additions to your adventuring. 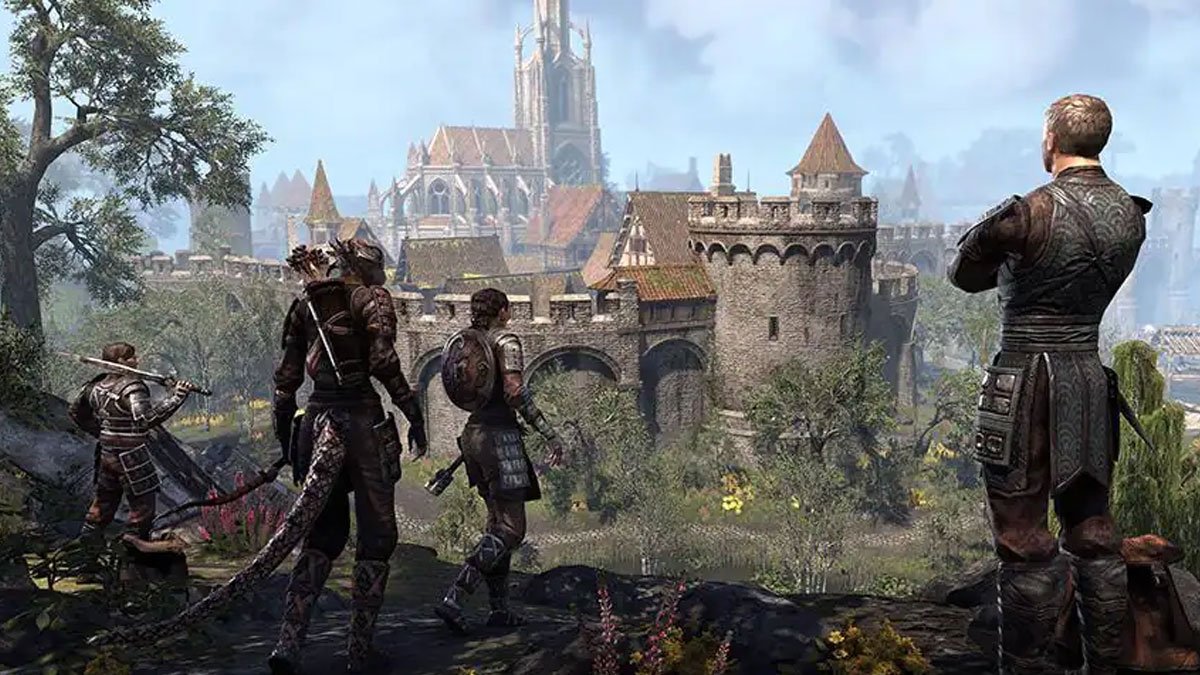 And after you’ve unlocked your preferred companion, you’ll understand enough about them to get why they react in certain ways to your actions. They’ll comment on what you do and how you do it, reminding you of their presence even when they’re not saving your butt in combat.

It’s a fantastic idea, and it’s obvious Zenimax Online Studios has put a lot of work into the system. Bastian and Mirri are even able to join you in dungeons, or fill out empty slots in Trials — although Rich Lambert, Creative Director at ZOS told us using them for Godslayer Trials might be a stretch.

“I’m sure people will go out and prove me wrong, but balance-wise max-level companions in purple gear with all the right traits are going to be doing in the 9-10k dps range,” Rich explained to Stevivor during a Q&A session. “These aren’t 100k dps players. So I think it’s going to be a stretch, but who knows. I’d love to see someone prove me wrong.” 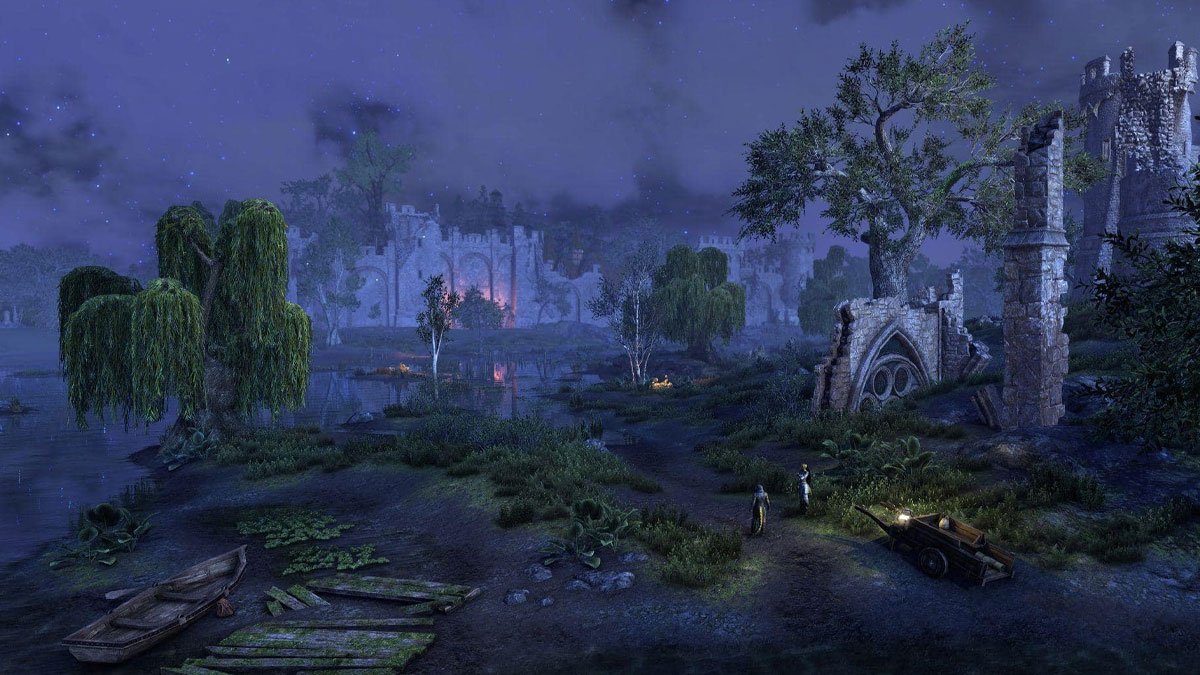 The brand new starting quest is the most successful TESO has ever been at tutorialising the game, too. It takes you through the basics in a way I haven’t seen previously, and it sets you up nicely to kick off some of the game’s storylines via portals that lead directly to the game’s many starting zones and questlines. I recommend heading to Stros M’Kai to work down to the Rivenspire questline, Vvardenfell for some Dunmer action or to Blackwood if you want to get straight into the Companions quests.

Alongside Antiquities from last year’s chapter, Companions feel like a fantastic way to bolster TESO for players who aren’t interested in playing with others. Who want to minimise their human interactions as much as possible. And with more than seven years of fantastic storylines to explore, Blackwood does a lot to appeal to people who don’t want that middle M from their MMOs.

Thanks to creative Trial and Dungeon boss design, engaging PvP and epic scale Zone Events, it does more than enough to appeal to those who do want a multiplayer experience. And it’s available on Xbox Game Pass — though for now that’s restricted to console only.

The Elder Scrolls Online Blackwood launches on June 1 this year.

Joab Gilroy is the best games critic in the world. He is the current holder of the title 'Best Esports Journalist in Australia'. He did not write his own bio. Steve Wright wrote it, actually. Check him out every week on the GAP and follow him on Twitter. Joab, not Steve Wright, who definitely wrote this bio.