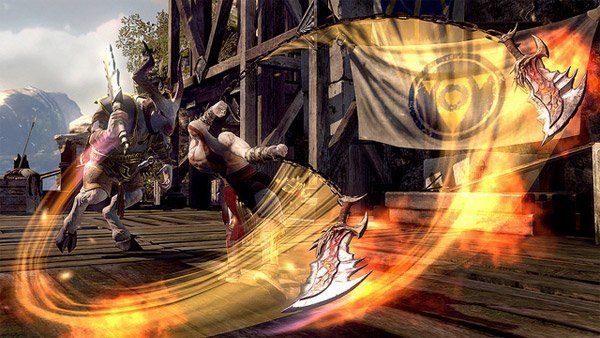 Just when we all thought that our adventures with Kratos were finished at the conclusion of God of War 3, along comes another title from the famed SCE Santa Monica Studio. While the narrative reached a conclusion at the end of the third title in the main series, Ascension will take players back to before all hell broke loose and shows us an earlier incarnation of Kratos.

From what we have been told so far, Ascension serves to tell the story of how Kratos tries to break away from Aries, after the trickery that resulted in the murder of his wife and child.

The gameplay demo presented Kratos seconds after he had stepped off a ship to an unknown (at the time of writing) wharf where things have taken a typical God of War turn — in short, everything is being destroyed.

Those familiar with the God of War control scheme from previous titles will feel immediately at home because not much has changed with the movement mechanics. What has evolved is the combat. Traditional attacks return but now Kratos has the ability to use area of effect attacks by slamming the ground and grasping at enemies with his blades. How these moves tie in with all of Kratos’ existing attacks create a robust system that lets you deal out damage in devastating yet visually extravagant way. 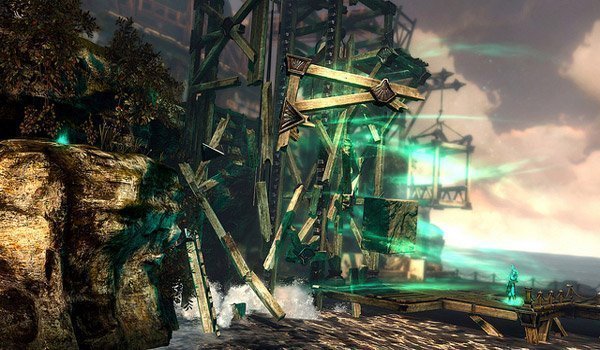 The newest feature to come along with God of War Ascension isn’t related to its combat though. Kratos for reasons as of yet unknown has the ability to manipulate time for areas of the environment. In the case of the demo – Kratos was able to reverse the damage to the wharf he recently arrived on to allow him to scale the environment to proceed further through the demo. While we’ve seen this type of mechanic implemented in titles such as Prince of Persia, Blinx the Time Sweeper it will be interesting to see how Santa Monica Studio implement it throughout the game.