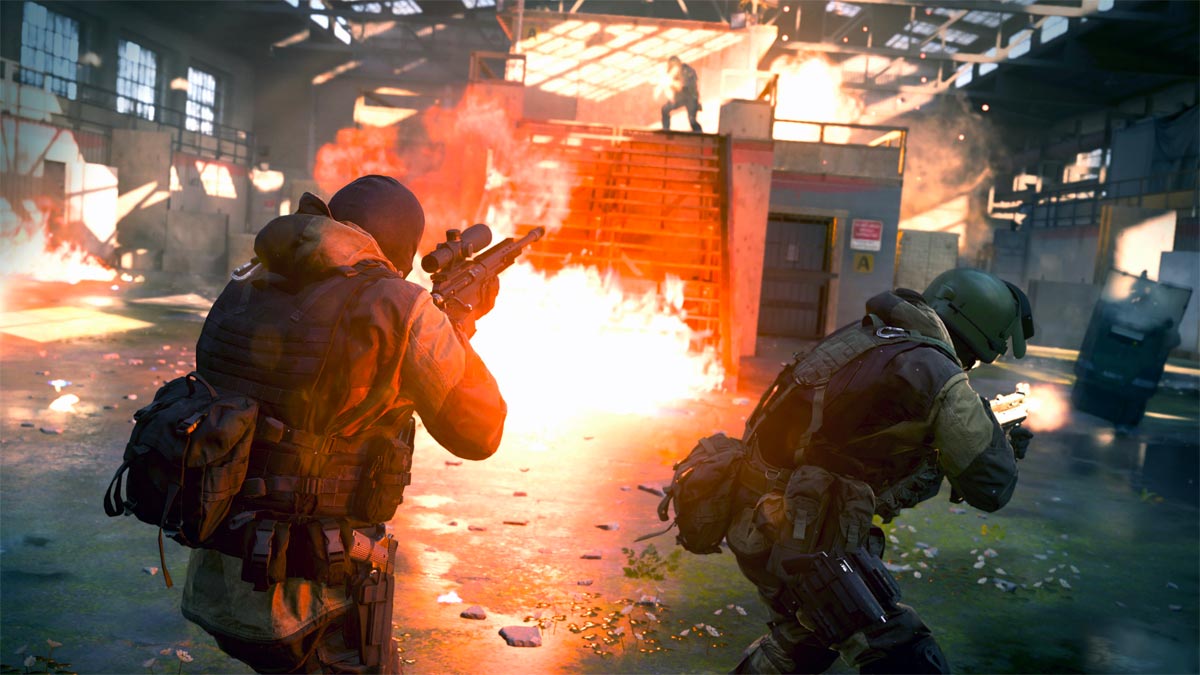 Scaling down to 2v2 makes for one of the most engaging multiplayer modes in years.

It removes the baggage and tunnels your vision towards a simple and intense goal. In doing so, Gunfight follows the course embarked upon by the campaign and offers an intimate multiplayer mode; where players will form a genuine connection with their teammate and ride the highs and lows, and elation and commiseration, together on a level I have scarcely experienced in a video game.

Perhaps I’m getting a little ahead of myself. After all, I only played three rounds at E3 2019 split across the three maps that were demonstrated during the multiplayer reveal today: King, Pine and Stack. That was several weeks ago, but it’s stuck with me as one of my most anticipated games this year, for this single mode alone, as we didn’t see any of the other multiplayer offerings at E3. Fair to say it has my attention.

Gunfight dials back the obsession with massive player counts. It unleashes four players on small maps, effectively built in three lanes. You and your teammate start on one side, the opposition on the other, and come together very quickly. Similar to Gun Game, players cycle through weapons, but here it’s generated when spawning and everyone has the same loadout, which is repeated for two consecutive rounds. With no health regeneration, the six successful rounds required for victory come and go quickly. Even in our final match at E3, which went to the wire at 6-5, it didn’t take long — we won!

This is simple Call of Duty, a focused and streamlined variation of the overall multiplayer package. It’s fast paced and rounds are short, but that only spurs the competitive beast inside for a rematch. The rotating arsenal of weapons forces changes of strategy, but keeping them identical for everyone levels the playing field. Without health regeneration or respawns, the dreaded “1-2” player count warning that signified my teammate’s demise — and that I should be screwed — triggered a mild panic that often saw me play better. Against the odds, I won several of these rounds. Although, after that humble brag, I must admit to being annihilated by some quality flanking in other rounds.

If neither team is eliminated within the allotted time, just 40 seconds, a flag appears in the centre of the map. Capture it, which takes three seconds, for an instant victory. The timer is just long enough that it’s not an easy grab, especially if the opposition is waiting nearby, but short enough that the person who makes the play should defeat a defensive camper more often than not.

This never eventuated in our three matches, but there’s potential for a game of cat and mouse when the flag pops up, especially if both teams only have one player remaining. In a two-one situation, the underdog would require a spectacular blaze of glory, and a healthy dose of luck, to overcome the odds. But with even numbers, it would be a bold move to rush the flag without scouting the area. To keep the game moving, if neither time captures the flag or eliminates the opposing team in what is effectively overtime, the team with the most health remaining will win the point; but there’s no way to be sure you have the health advantage until the round is adjudicated, so it would be risky to intentionally let time run out.

I really enjoyed the short burst play of Modern Warfare’s Gunfight. It’s simple, it felt great, and it’s so much faster to pick up and play in contrast to the time sink battle royale and conquest modes that are currently in vogue. I enjoy those long haul modes, but everyone is busy in 2019. Regularly assembling a team of four, or even three, is like pulling teeth some days, but I can normally find one reliable mate to play with, and that’s how you want to play Gunfight; you need somebody you can rely on, and somebody to ride those waves of joy and disappear with. While Call of Duty followed the pack with Blackout last year, it’s back to leading us in a new direction with Gunfight.