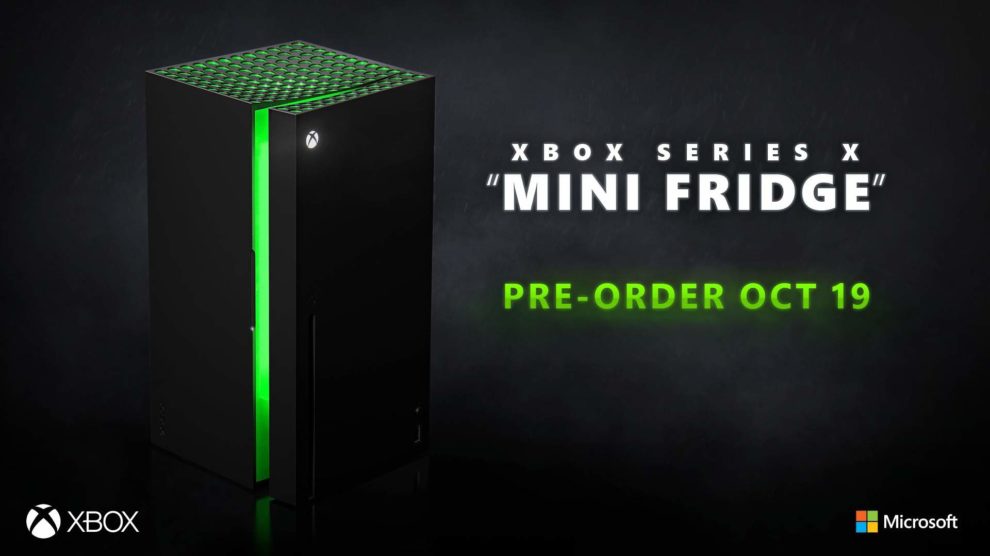 We're shocked. Shocked, I tell you.

Xbox mini-fridge pre-orders will go live next week, Microsoft has advised… though as always, just not in Australia.

In a post on Xbox Wire, Microsoft confirmed that the mini fridge, basically a giant replica of the Xbox Series X first announced at E3 2021, “will go on pre-sale on October 19 and will arrive in multiple retailers globally in December 2021.”

“We’re working to bring the Xbox Mini Fridge to as many fans as possible and will continue to expand regional availability in 2022, pending regulatory approvals and restrictions by market,” the post continued.

The mini fridge was also confirmed to hold 10 beverage cans and has two door shelves for further storage. The appliance, made in partnership with Ukonic!, will also have a USB port on its front to charge devices.

We’ll let you know when (if?) the Xbox mini fridge graces Australian shores.