Why use Microsoft's when you can make your own?

An Xbox Dynamic Backgrounds Editor app is in development and will allow users the opportunity to make their own moving backgrounds on Xbox consoles.

The app was first discovered and reported upon by Aggiornamenti Lumia, who posted a look at the app over on Twitter.

The app in its current form will allow players the chance to add up to eight concurrent visual effects to a piece of custom imagery. Effects can be layered over a timeline to produce unique backgrounds.

If you’re unfamiliar with dynamic backgrounds, Microsoft already has a number of them available for use on Xbox consoles, including this nifty Halo Infinite one or another celebrating the original Xbox (seen above).

Microsoft has yet to officially announce the app; we’ll keep you informed as we learn more. In the meantime, what would you like to build with the app? 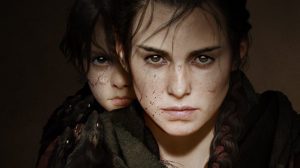