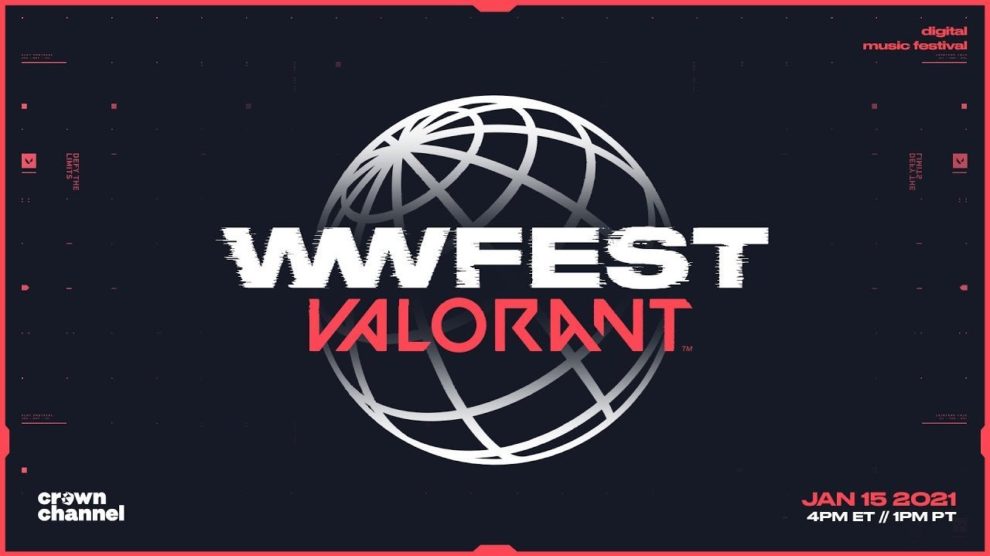 The festival will be broadcast live from Crown Channel, YouTube and Amazon Live from 8.00 am AEDT on 16 January here in Australia. Also performaning are ARMNHMR, Moore Kismet, Ookay (Live Set), and Whipped Cream alongside “stunning lighting designs inspired by Valorant.”

Specifically, “the interactive festival experience inspired by Valorant will capture the excitement of an in-person event with cutting-edge drone technology that gives viewers an immersive and interactive experience from the comfort of home,” Riot said in a press release.

“Unique drone feeds, each representing a different Valorant agent, will allow viewers to create their own immersive festival experience. Live musical performances and active art installations will be filmed from the perspective of Valorant agents Raze, Reyna, Phoenix, Killjoy, and Jett. Viewers will see a variety of expansive, close-up, and alternate angles during the on-stage performances, with each agent’s feed tailored to reflect their individual attitude, culture, and style.”

A trailer for the online festival is below. Valorant is available now on Windows PC.