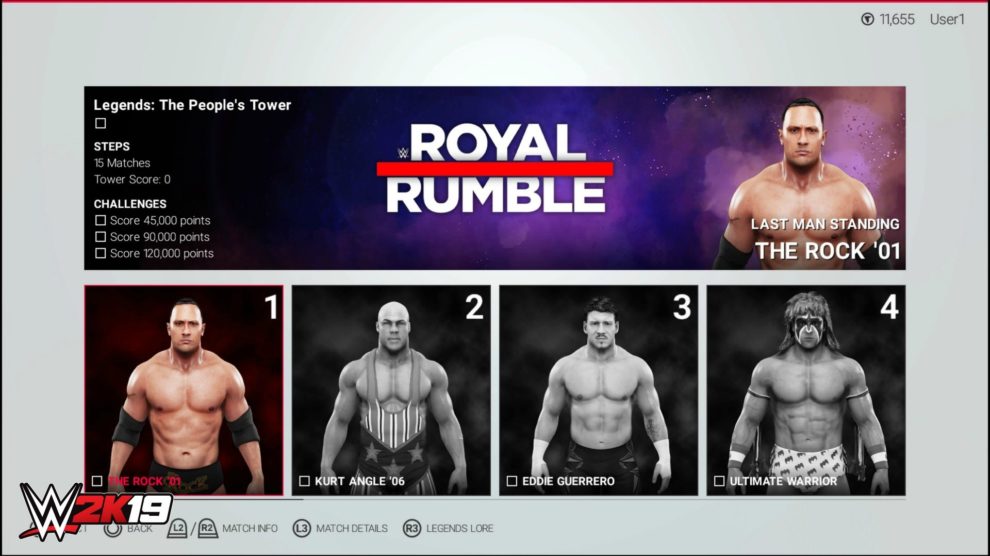 WWE 2K19 Tower challenges were announced for the game alongside a special $1 million USD prize.

Towers let “players choose WWE Superstars or their MyPLAYERs to compete against a string of WWE Superstar opponents,” 2K explained. “Each Tower will feature a unique theme focused on showcasing its included roster or paying homage to a specific match type.”

“In each Tower, players will also be challenged with difficult win conditions and fun stipulations, such as reaching a specific score, starting a match with a finisher or completing an event by starting with the player already at low health,” 2K continued.

There will be two types of Towers: Gauntlet, which needs to be completed in its entirety in one session, and Steps, which can be done one match at a time at a player’s own pace.

Moreover, 2K has announced the WWE 2K19 Million Dollar Challenge, in which one lucky player will eventually challenge AJ Styles in real-life at Wrestlemania 35 for a shot at $1 million USD. For more information, head here.

WWE 2K19 will be available from 9 October on Windows PC, Xbox One and PS4.