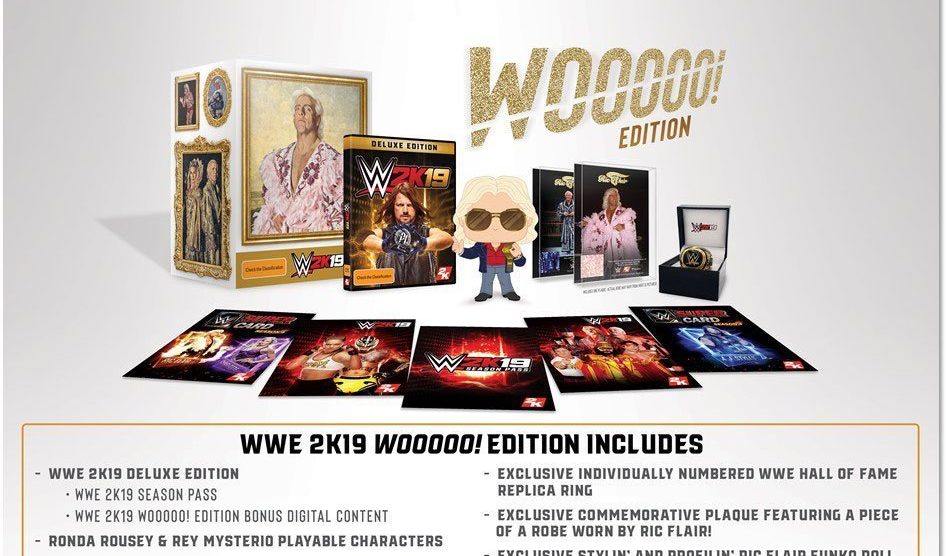 A special WWE 2K19 Rick Flair Wooooo! Edition will be available across Xbox One and PS4, 2K today detailed.

“For all of my fans around the world, it’s exciting and humbling to see my career immortalized through the power of video games,” Flair himself said of the special edition.

“This is going to be one stylin,’ profilin,’ limousine riding, jet flying, kiss-stealing, wheelin’ ‘n’ dealin’ son of a collector’s edition, and you don’t want to miss out. Wooooo!”

WWE 2K19 will be available from 9 October on Windows PC, Xbox One and PS4.