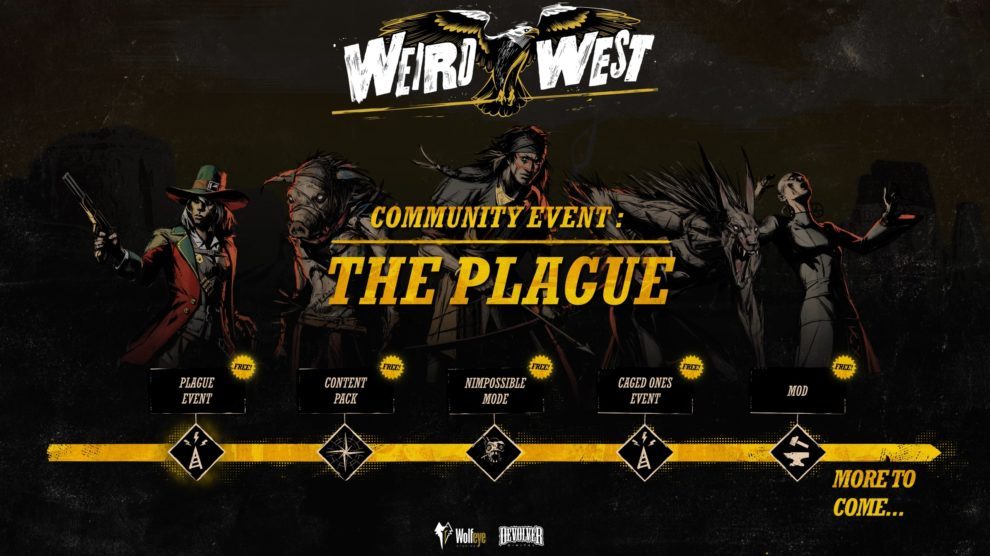 It's an undead nightmare!

A Weird West content roadmap has detailed what’s to come for WolfEye’s first title, and it includes a community Plague event on now.

“Reports are rolling in from across the Weird West of a plague of undead rising from the grave! Worse, a terrible sickness seems to follow in their wake,” said the studio in a tease.

“The plague marks the first in a series of planned live events for the game that will soon grow to include new story events, encounters, expansions and Journeys,” it continued.

Like the Plague event, all planned content (at least so far) will be released into the title for free. We can expect a new content pack, a new nimpossible mode, a Caged Ones event and mod support next.