The latest trailer for LEGO Marvel Super Heroes — direct from Gamescom — has been released by Warner Bros and it’s a doozy.

LEGO Marvel Super Heroes will be available for 3DS, DS, PC, PS3, PS Vita, Wii U and Xbox 360 this spring and for PS4 and Xbox One once they launch. 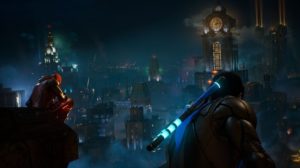