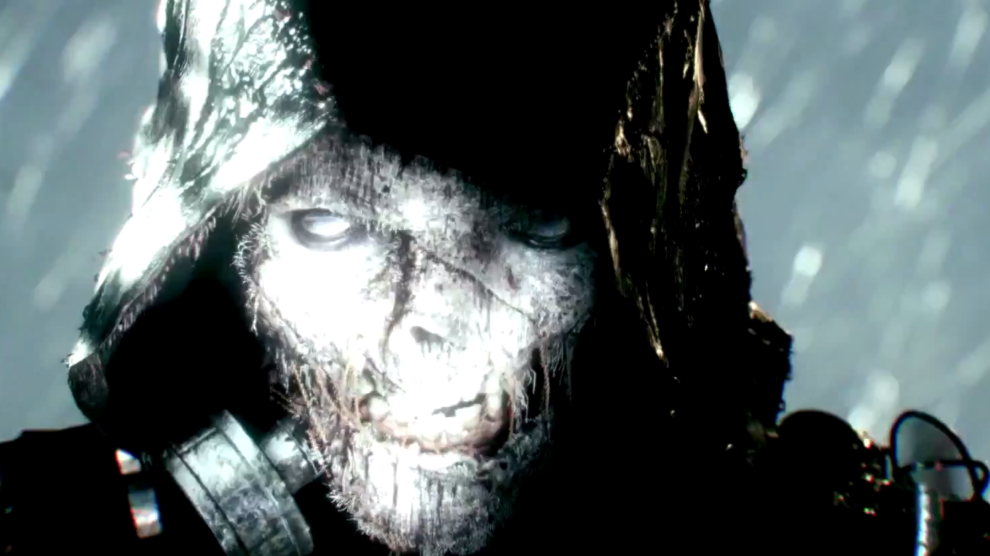 Batman: Arkham Knight’s latest trailer has been unleashed and I’ll be damned if it doesn’t get me hyped.

Featuring a voiceover by Scarecrow, describing to the residents of Gotham what he has in store for them, the police, the criminals and most importantly; Batman. Check it out.

In the trailer, Scarecrow says “I emptied your city with a vial of toxin and a few threatening words. That’s how little the safety you provided was worth. And when the dawn comes, When Gotham lies in ruins and I turn my gaze to the world beyond, the legend of the Batman will be worth nothing, at all,” it evokes both of Batman’s most recent cinematic villains; Joker and Bane.

In The Dark Knight Joker says, “Look what I did to this city with a few drums of gas and a couple of bullets” and in The Dark Knight Rises Bane tells Batman (after he has broken him) “We will destroy Gotham and then, when it is done and Gotham is ashes, then you have my permission to die.” Whether it was intentional or not it made the Bat-fan inside me very excited indeed.

Also, did you notice the tyre tread that’s been added to the logo? While the Batmobile only has a brief cameo in the trailer, it seems that Rocksteady truly intends it to be a massive part of Arkham Knight.

Batman: Arkham Knight will be available for PC, PS4 and Xbox One on 3 June 2015.