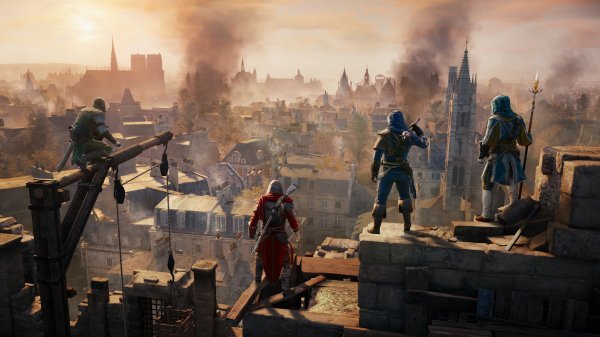 “AC: Unity was the first one in the AC brand where we saw that it was a much lower Metacritic,” an Ubisoft staffer said during Syndicate‘s reveal.

“It’s like you’re a kid being told you’re ugly and you’re fat,” another added. “It hurts. Your heart breaks a little bit.”

Ubisoft has promised a better release with Syndicate and, for the most part, has fixed issues plaguing Unity.

Assassin’s Creed: Syndicate will be available from 23 October on Xbox One and PS4. A Windows PC release will follow.