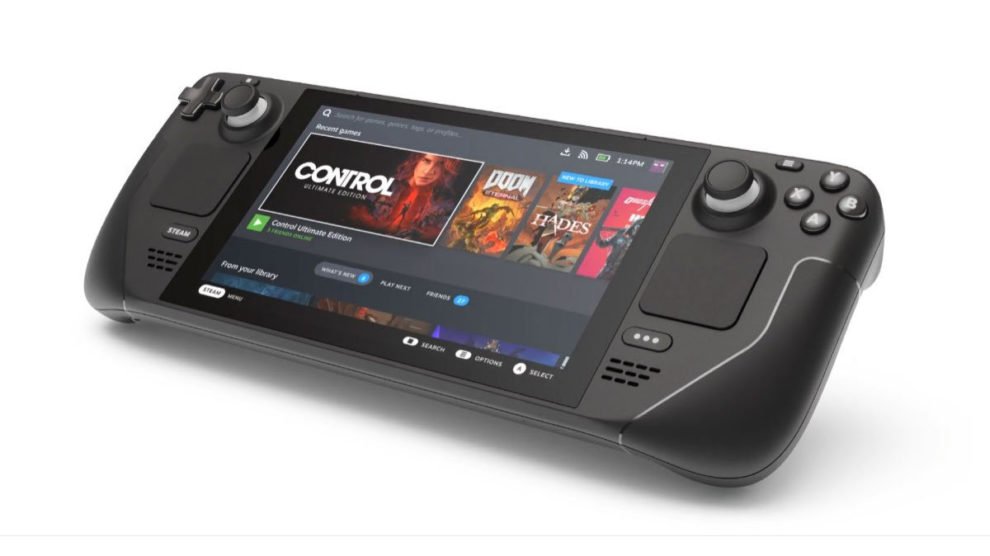 Steam Deck is a handheld, portable gaming PC made by Valve and coming to initial regions — not including Australia — in December of this year, with pricing starting at at $399 USD.

“We partnered with AMD to create Steam Deck’s custom APU, optimized for handheld gaming,” Valve said, detailing the device. “It is a Zen 2 + RDNA 2 powerhouse, delivering more than enough performance to run the latest AAA games in a very efficient power envelope.”

A single USB-C jack will provide access to charging, peripherals and can also be used to connect the SteamDeck to a larger display. While an official SteamDeck Dock will be on offer, complete with DisplayPort, HDMI, LAN USB-A and USB-C connections, traditional USB-C powered hubs will also do the trick.

A 40-watt hour battery should provide up to 7-8 hours of gameplay, with titles also offering fast suspend and resume as seen on the likes of the Xbox Series S & X.

Finally, the Steam Deck will offer up hi-fi audio through stereo speakers with embedded DSP, and wifi and bluetooth connectivity will power the internet, controllers and additional peripherals.

“You can also install and use PC software, of course,” Valve added. “Browse the web, watch streaming video, do your normal productivity stuff, install some other game stores, whatever.”

It’s been confirmed the likes of other gaming platforms including uPlay, Origin, the Epic Games Store and more will be supported, as will Xbox Cloud Streaming through a browser.

A developer-facing video detailing Steam Deck can be found below.

Steam Deck won’t be available in Australia in 2021; the device is planned for a December 2021 release in the US, Canada, European Union and the UK; registration is open now. We can expect a 2022 release locally, according to Valve.