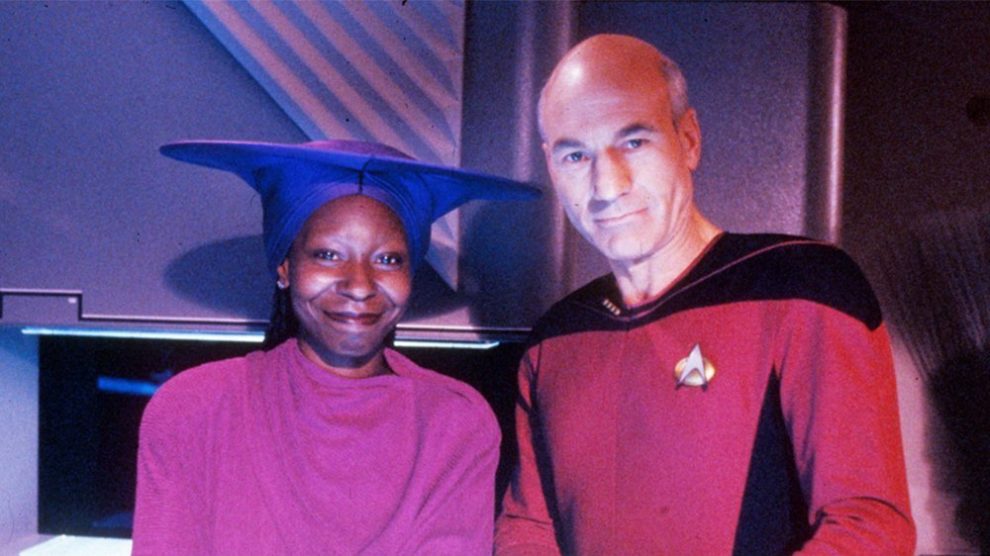 Whoopi Goldberg will reprise her role as Guinan in Star Trek Picard Season 2, it was today revealed.

The reveal itself was as emotional as it could get — while being interviewed on Goldberg’s The View about the show’s first season, Patrick Stewart made a “formal invitation” for Goldberg to star as Guinan “one more time”.

“This was one of the great experiences, from beginning to end, you know?” Goldberg said after accepting Stewart’s invitation and before tearing up. “I had the best, best time, the best time ever.”

“It was wonderful having you, and we cannot wait to have you with us again one more time,” Stewart replied.

Goldberg’s final appearance as Guinan was back in 1994’s Star Trek: Generations.

You can watch the exchange below.

Star Trek: Picard debuts on CBS All Access in the USA and Crave in Canada on 23 January, followed by a 24 January release on Amazon Prime Video elsewhere in the world. Australians can expect new episodes weekly on a Friday. Season 2 of Picard was recently confirmed.