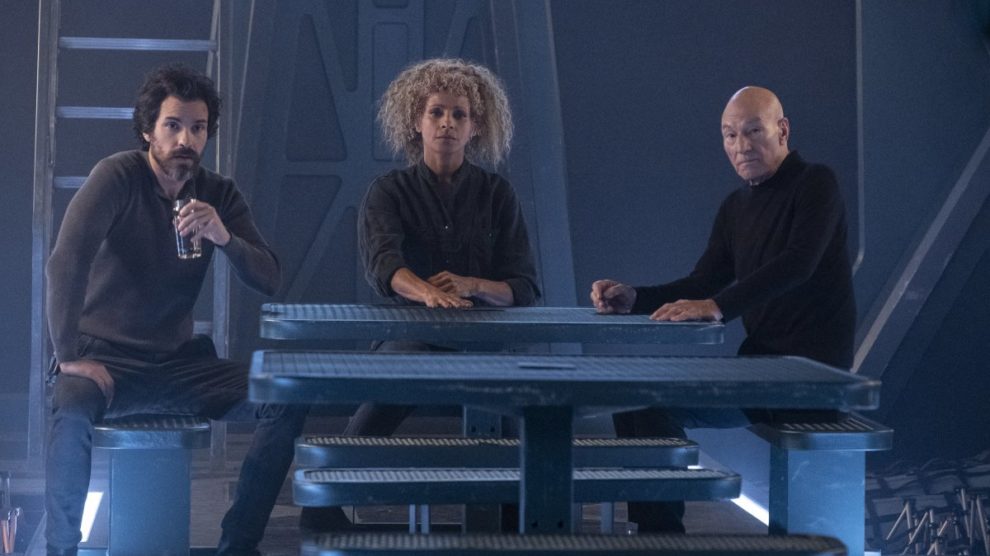 Star Trek Picard Season 1 Episode 8, “Broken Pieces”, airs later this week; ahead of that, we’ve got promotional photos, a trailer and a synopsis to get you ready.

“When devastating truths behind the Mars attack are revealed, Picard realizes just how far many will go to preserve secrets stretching back generations, all while the La Sirena crew grapples with secrets and revelations of their own,” the episode’s synopsis reads. “Narissa directs her guards to capture Elnor, setting off an unexpected chain of events on the Borg cube.”

The photos are a bit spoilery, showing Soji on the La Sirena and Jurati out of her coma. Check them out below.

“Broken Pieces” is written by by Michael Chabon and directed by Maja Vrvilo.