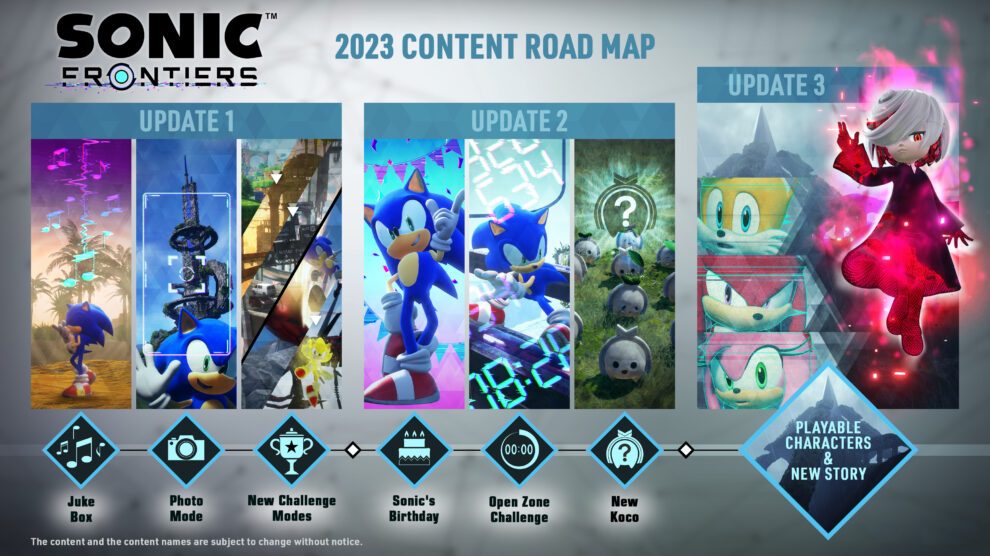 Sonic Frontiers will receive three content updates in 2023, each complete with a host of new features.

Sega has confirmed that players will get access to a jukebox, a photo mode and new challenges modes as part of Frontier‘s first big update next year.

That will be followed by a second update that contains Sonic’s Birthday, an Open Zone Challenges and new Koco to collect.

Finally, a third update will include a new story alongside new playable characters.

The updates are “all free btw,” Sega also confirmed.

We’ll keep you informed when the updates are dated.

Steve picked up Sonic Frontiers as part of recent holiday sales and talked with Ben about it on this week’s Friendly Fire Show podcast.