Stevivor
Home News Shoot Hitler in the testicle (yep, just the one) in Sniper Elite... 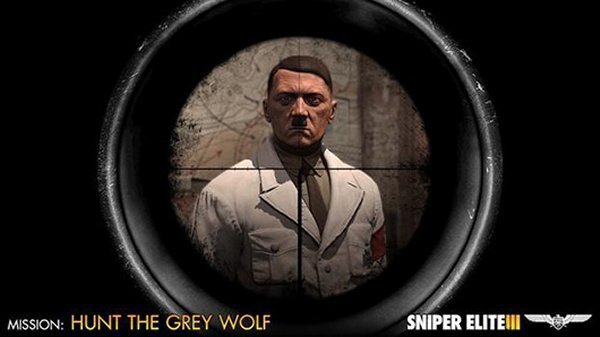 Shoot Hitler in the testicle (yep, just the one) in Sniper Elite III’s “Grey Wolf” DLC

Mad at the atrocities the Nazis committees during World War II and wanting some virtual payback? Sniper Elite III‘s “Grey Wolf” DLC is for you.

In the DLC — formerly only available as a pre-order bonus — you’re tasked to hunt and kill none other than Adolf Hitler, leader of the nefarious Nazis.

Once you’ve tracked him, in true Sniper Elite style, we urge you to shoot him in the balls. Or rather, as some historians assert, the ball.