SEGA today confirmed that Total War: Attila will be available in February 2015.

The publisher also confirmed pre-order details for the upcoming title. Those that pre-order from participating retailers will receive the game’s first DLC pack free on Attila‘s release date. The DLC, titled “Viking Forefathers Culture Pack” adds three new playable factions to the game: The Danes, The Jutes and The Geats.

Total War: Attila will be available from 17 February on Windows PC. 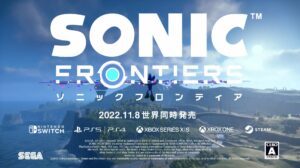