Home » News » Rumours » Report: Naughty Dog working on concept art, prototype for The Last of Us 2 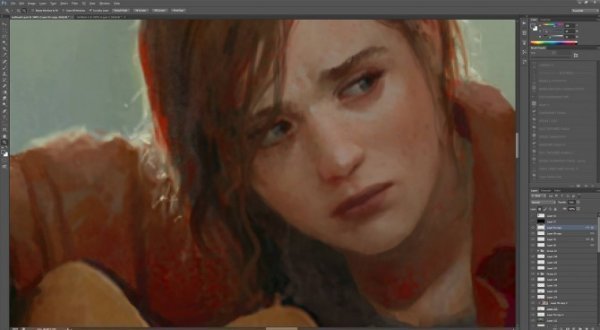 Reddit is abuzz with news that Naughty Dog is preparing new concept art and a prototype for what is assumed to be The Last of Us 2.

Clever gamers made the connection after a tweet by Naughty Dog Game Director Bruce Straley and concept art posted by The Last of Us freelance artist Marek Okon.

I got goosebumps playing & talking thru a prototype a designer was sketching in yesterday! That's how I know… #GonnaBeAwesome

Granted, there are a lot of assumptions at this stage, but the image above certainly looks like an older Ellie, especially when you consider the character was discussing guitar lessons with Joel in the first game.

Do you think these two pieces of evidence point to The Last of Us 2?

While we wait for news of a sequel, The Last of Us: Remastered is expected for a winter 2014 release on PS4.