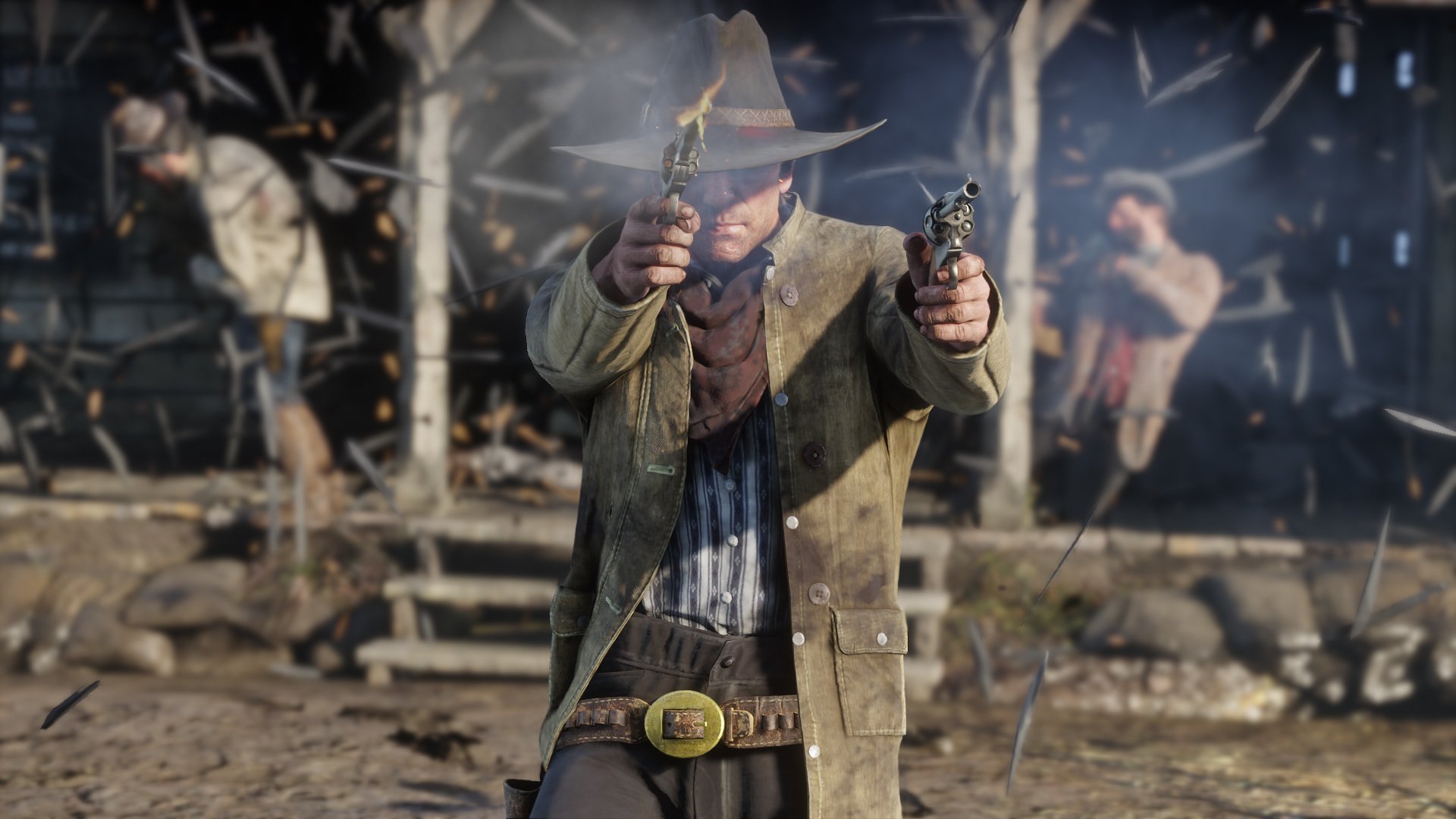 Red Dead Redemption 2 will offer an open world for single-player mode alongside a Battle Royale mode in multiplayer, according to new leaks.

The report comes by way of Trusted Reviews, who report that we’ll be playing as Arthur Morgan in single-player. Morgan will be able to explore in a large open world, encapsulating the towns of Armadillo and Ridgewood. Trains will provide fast travel options and will also serve as mini-cities, complete with plenty of NPCs to interact with.

Side activities will include poker, horsemanship and fishing, alongside a robust craftting system.

First-person mode, first seen in GTA V on Xbox One and PS4, will return for Red Dead Redemption 2. Dead Eye is also said to return, alongside a Red Dead version of GTA V‘s Strangers and Freaks side quests.

In terms of multiplayer offerings, Red Dead Redemption 2 will borrow quite a bit from Grand Theft Auto Online. Three game modes were also detailed in the report: Battle Royale, Revive and Survive and Money Grab. Revive and Survive is a deathmatch mode involving two teams, each with a limited number of revives. Money Grab tasks players with securing bags of money and returning them to a base as fast as possible.

Finally, the report suggests Red Dead Redemption 2 will feature a companion app complete with “social elements” and a poker mini-game.

Red Dead Redemption 2 was recently delayed to 26 October on both Xbox One and PS4.