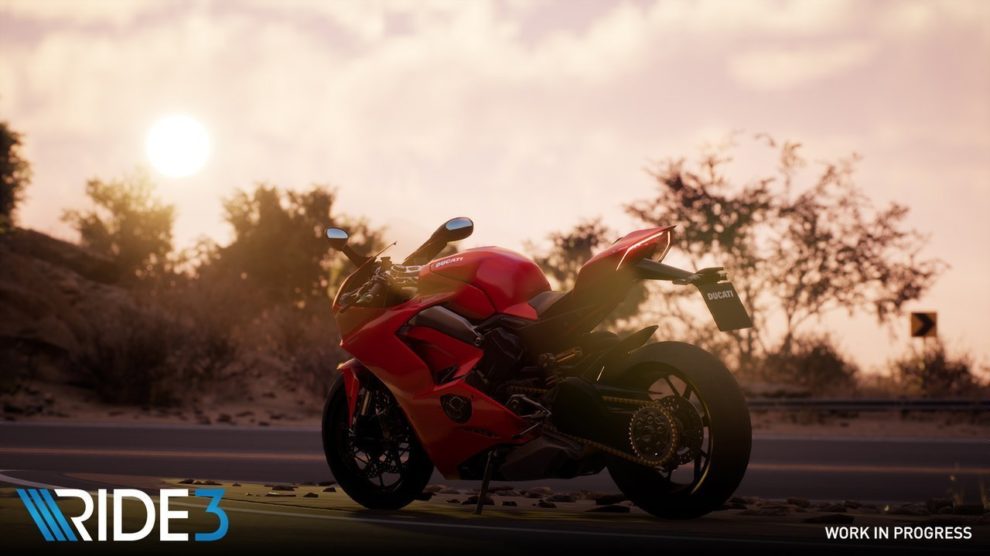 Ride 3 heads to Windows PC via Steam, Xbox One and PS4 in November, Milestone today announced.

“Ride 3 continues to build… with improvements in the levels of realism and customisation and the variety of content included: a mix of elements that make this third edition of RIDE the ultimate motorbike encyclopedia, a realistic and adrenalin-packed title dedicated to those addicted to racing,” a press release reads.

“Ride 3 has a whole new heart, Unreal Engine 4, and an overhauled player experience that will make the player feel the adrenaline of a real-life rider, wherever they choose to go.  The list of tracks has been increased to suit all riders, from GPs and Supermoto tracks, Country and City circuits to Road and Drag races.”

Expect Ride 3 on Windows PC, Xbox One and PS4 from 8 November.