First, the animated Netflix series will begin to stream from 8 July.

You can check out the new trailer below, which follows series leads Leon S Kennedy and Claire Redfield. I’m a bit confused when I think about it as both characters look like their Resident Evil 6 and Resident Evil Revelations 2 counterparts and nothing like their revamped Resident Evil 2 remake looks. Which do you prefer? Honestly, I’d like the latter.

Resident Evil Infinite Darkness is exclusive to Netflix; its first episode will be available for streaming from 8 July. 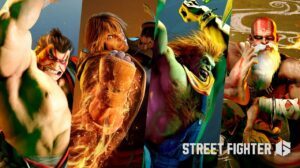 Resident Evil 4 PS4 release is happening, but not on Xbox One